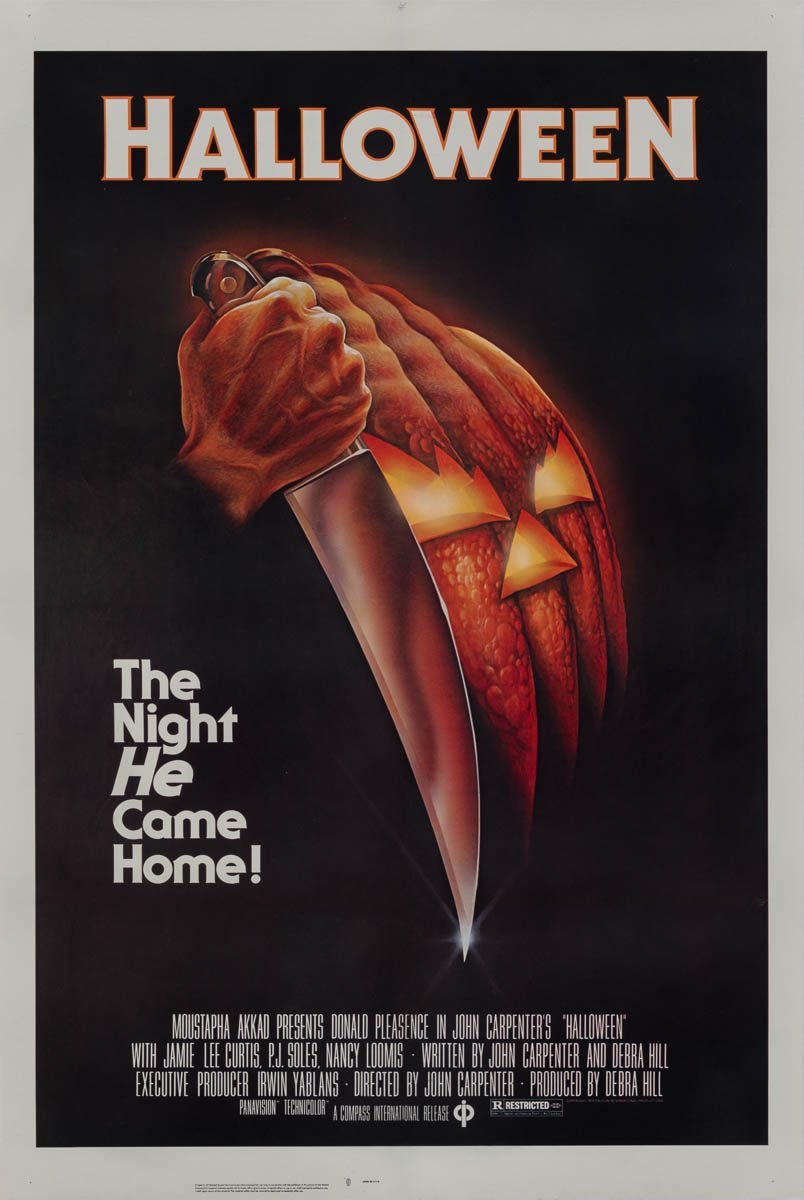 The US 1-sheet for Halloween has some of the most recognizable art from any horror poster. The design has without a doubt become synonymous with the horror genre. An interesting easter egg…. the artist, Robert Gleason, made a face on the hand holding the knife. If you look closely at the space between the knuckles you can make out eyes and a mouth, with the knuckle of the middle finger forming the nose. Amazing that you can still find something new in such an iconic, well-known image! 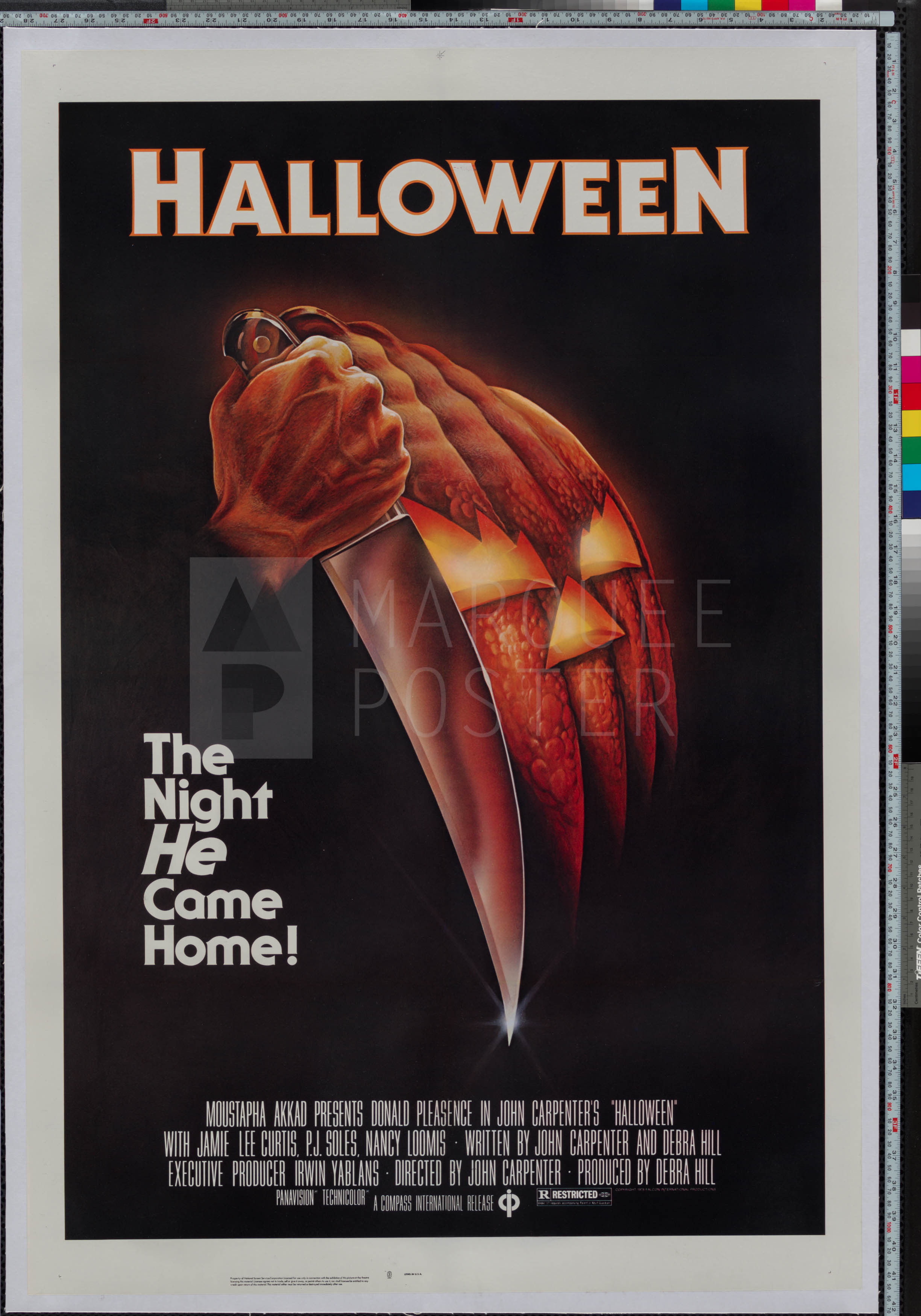 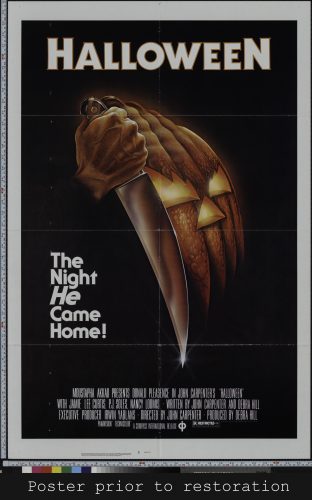 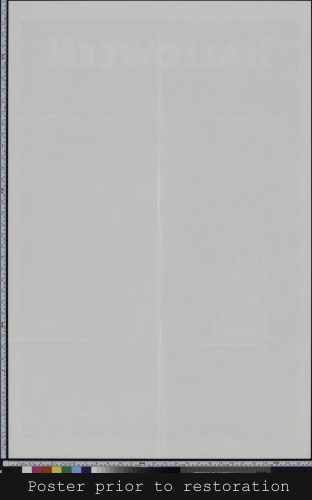