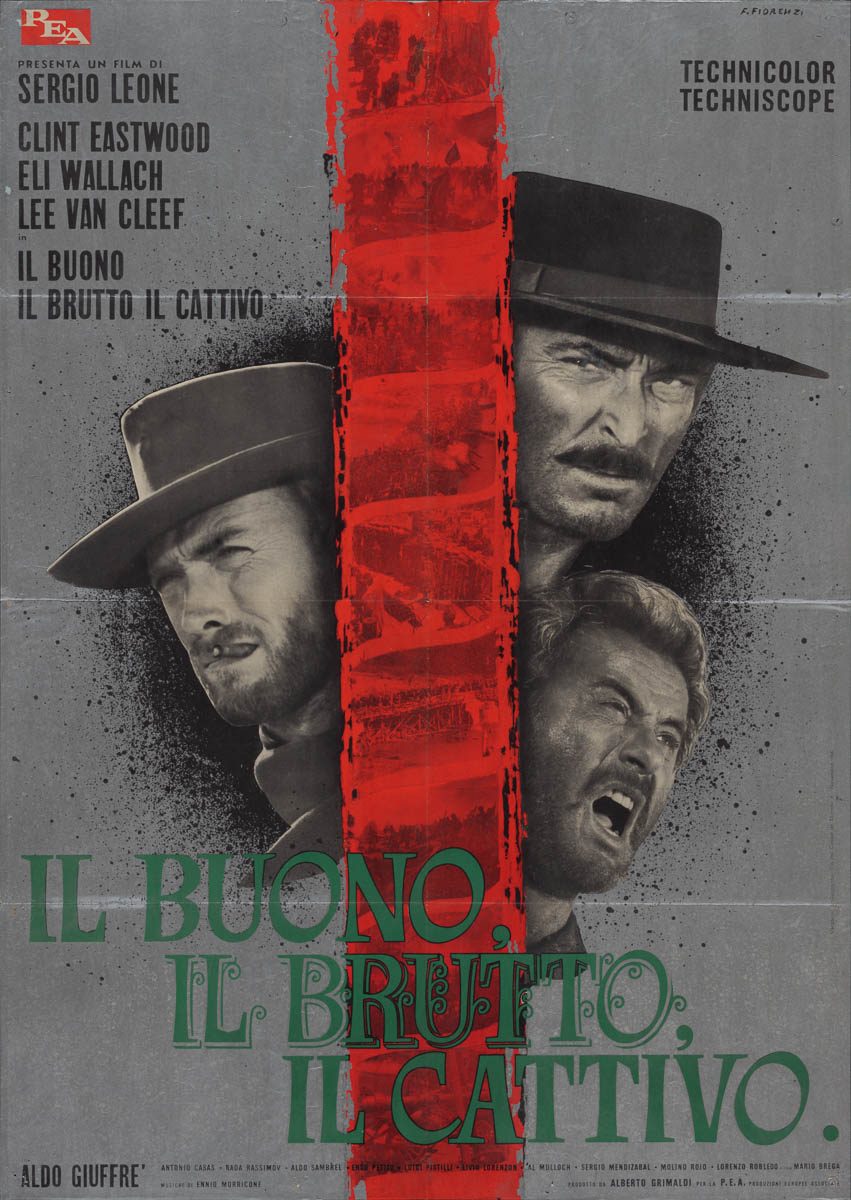 Good, the Bad, and the Ugly

English title: Good, the Bad, and the Ugly

Film Plot: A bounty hunting scam joins two men in an uneasy alliance against a third in a race to find a fortune in gold buried in a remote cemetery.

Grade: C7  Fine to Very Fine. Folded, single-sided. Theater used poster with minimal handling/edge/fold wear, several clean pinholes around the border from display, very slight soiling from storage only really visible from the back, would grade much higher if not for a several inch long tear at the top fold that was repaired with tape on the verso. Remarkable, unbacked condition -- not many left unrestored!


Easily one of the most important western films in history, The Good, the Bad, and the Ugly was Sergio Leone’s spaghetti western opus! This epic film and it’s predecessors in the “man with no name” trilogy ushered in a new gritty reality for western films. Revisionist westerns cast aside the polished good vs. evil, white vs. black morality tales of earlier westerns for a more gritty reality — one populated with anti-heroes would could have easily been cast as villains in an old John Wayne or Randolph Scott western. Of course, simply making things gritty doesn’t make a great movie in and of itself — it was really Leone’s genius behind the camera, supported by Ennio Morricone’s memorable score that really propelled these films to greatness!

If you are looking for the ONE most important poster for this epic film — this rare “silver” style Italian 2-foglio is likely it! Not only is it a country-of-origin poster, nearly always the most desirable, but it is also a special style only used in Rome for the premiere. It was printed in much smaller numbers and replaced by additional designs as the film opened wide across the country. This is a poster as epic as the film itself! 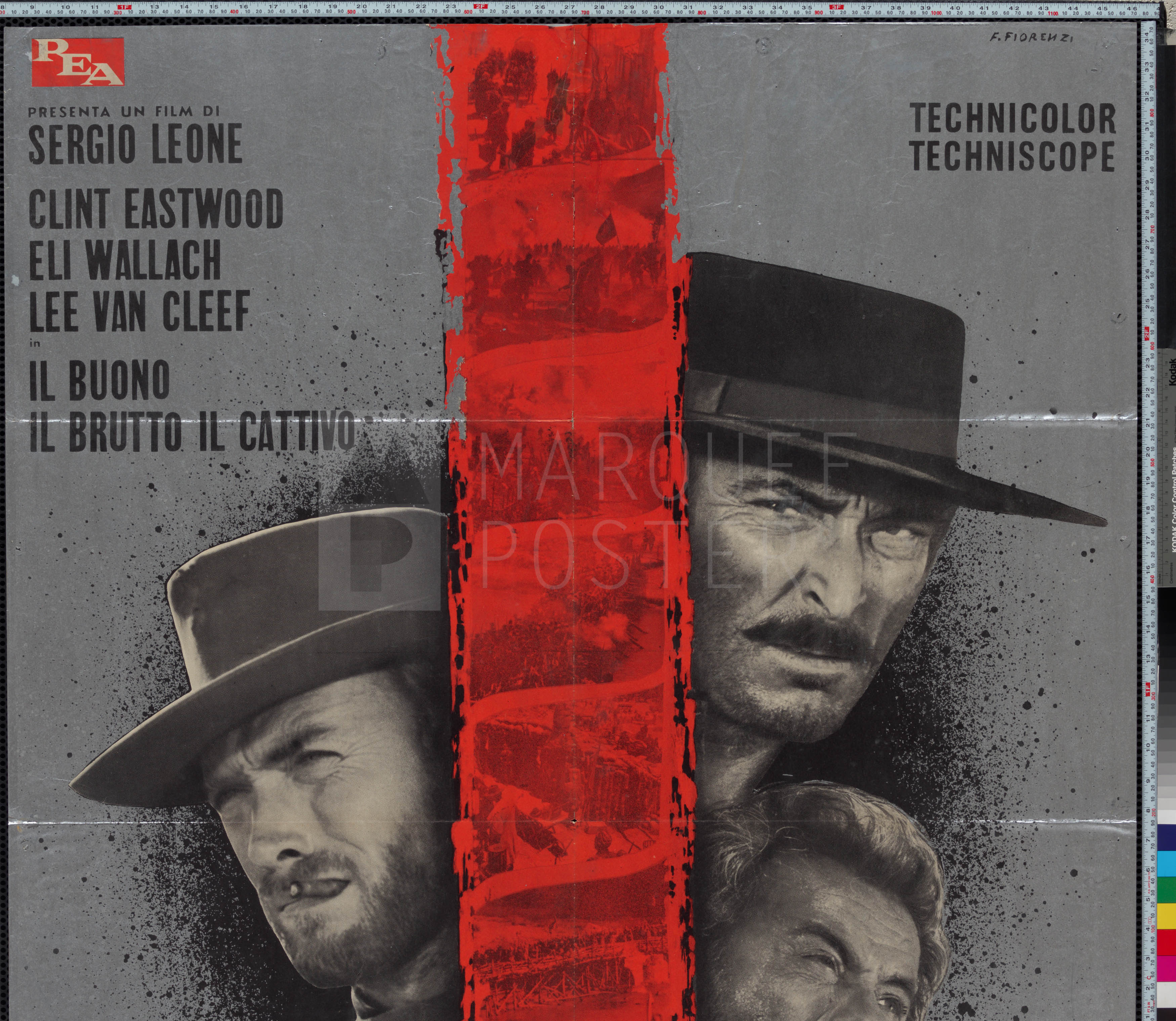 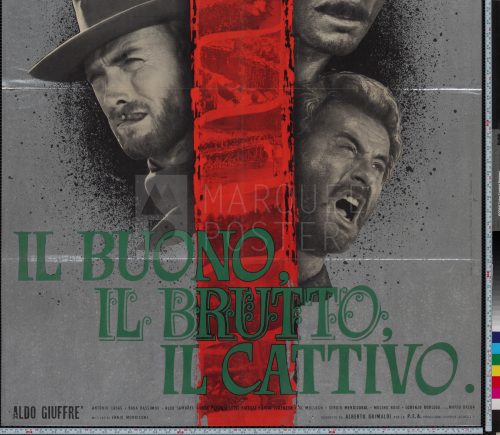 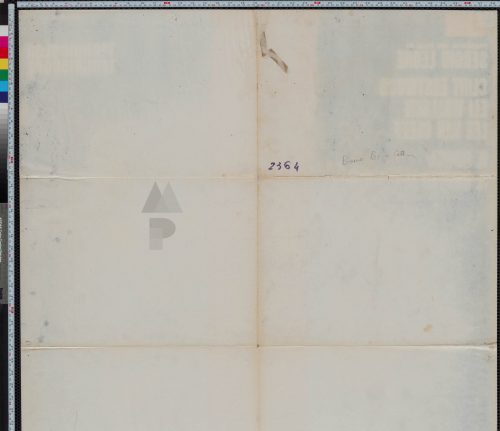 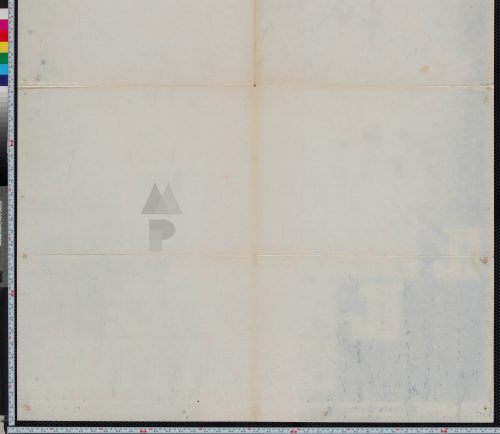