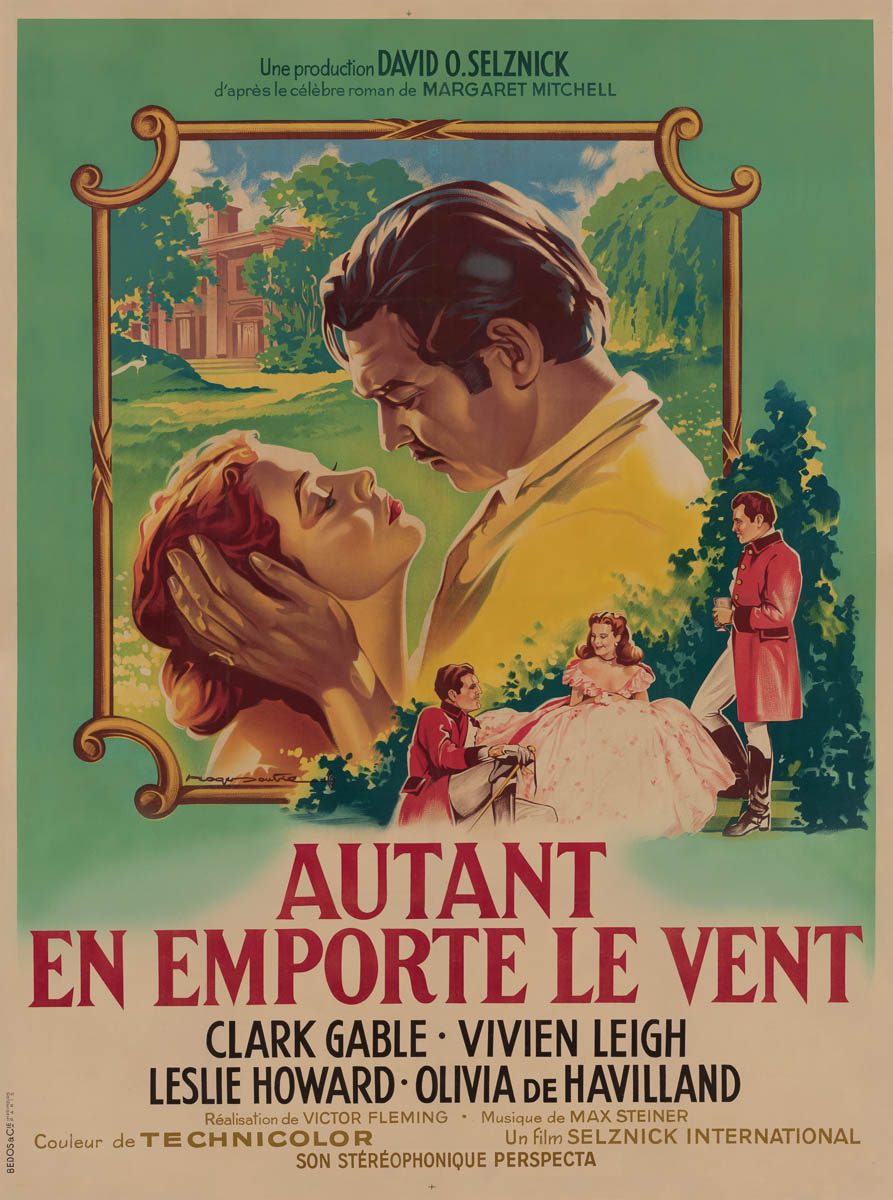 Gone with the Wind

English title: Gone with the Wind

Film title: Gone with the Wind

Film Plot: A manipulative Southern belle carries on a turbulent affair with a blockade runner during the American Civil War.

Grade: C7  Fine to Very Fine. Folded, single-sided. Prior to linen-backing this was a theater used poster with mild border chips and tears, some slight cross-fold separation, pin holes in the corners and some misfolds, now appears near mint.


What can be said about Gone with the Wind that hasn’t been said already? At nearly 4 hours in length it’s a film that helped define the “epic” historical genre film. Seamlessly blending action, drama, and romance, Gone with the Wind was set in Georgia against the backdrop of the Civil War and following reconstruction era. The film was so popular that it remained in continuous release for over four years straight and had several re-releases just a few years later. Not surprisingly, Gone with the Wind won a slew of awards — setting a record for Academy Award wins and nominations. It won in eight of the competitive categories it was nominated in, from a total of thirteen nominations — including the first ever Academy Award for an African American actor, Hattie McDaniel who won best supporting actress. Despite this, African-American critics gave it scathing reviews for its depiction of black people and as a glorification of slavery, both at the time of release and throughout the intervening years. Carlton Moss, a black dramatist, complained in an open letter that whereas The Birth of a Nation was a “frontal attack on American history and the Negro people”, Gone with the Wind was a “rear attack on the same”. Interestingly, Gone with the Wind broke the all-time box office attendant record, a record previously held for nearly 25 years by none other than Birth of a Nation.

This gorgeous poster by Roger Soubie is from the 2nd release of the film in France. Due to the World War II, it wasn’t released in France until 1947 and this re-release is from only 7 years later. There were several different styles of French 1-panels created for this release. The 1960s artwork was the first to use the so-called “Gone with the Wind” embracing design that was copied by countless other films including the recalled poster for Empire Strikes Back. That design appears to be a combination of this poster and Soubie’s other R1954 poster with the fire background. Do not miss this rare and important poster! 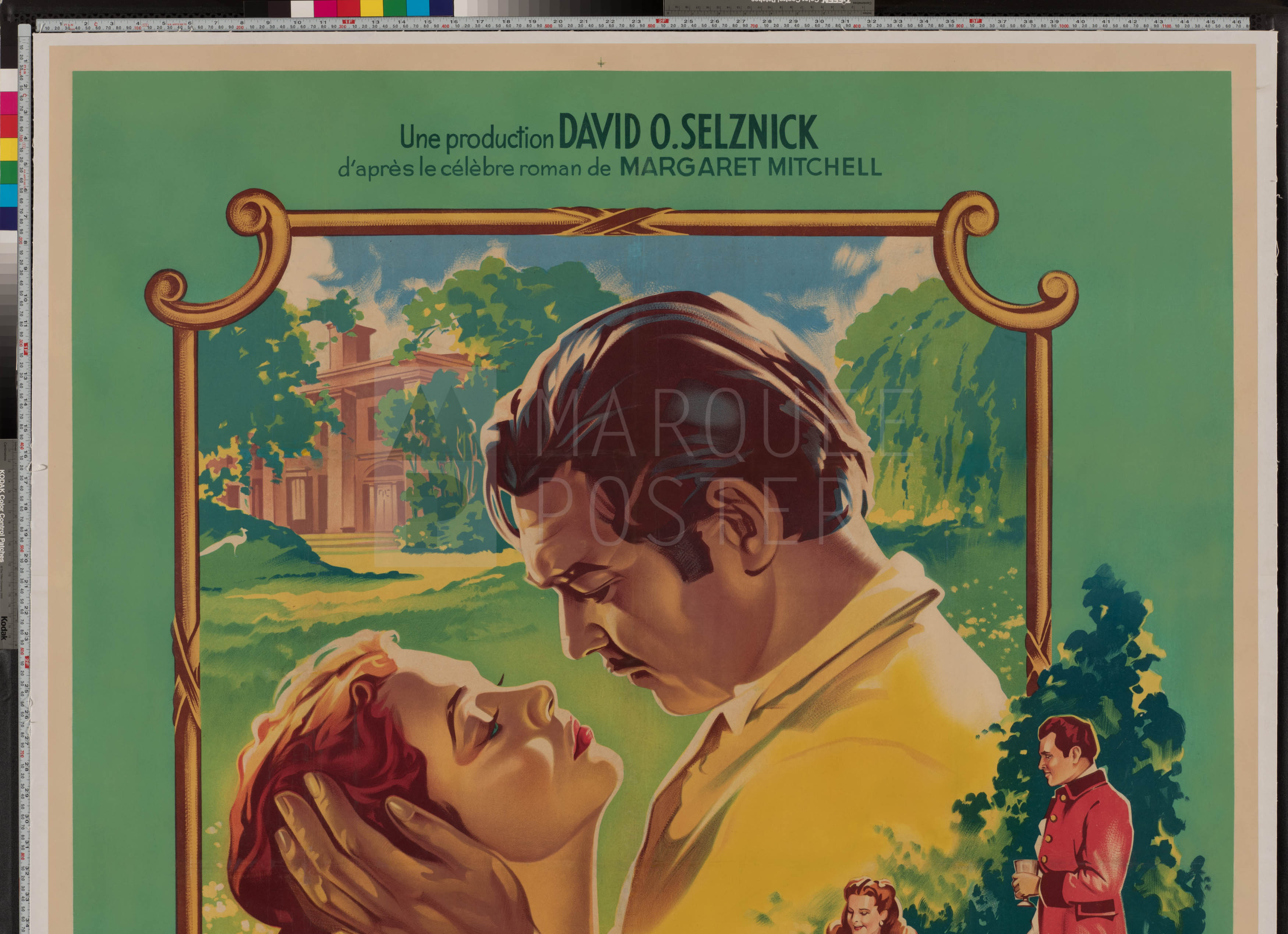 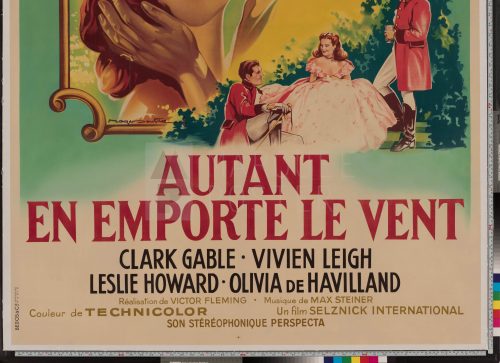