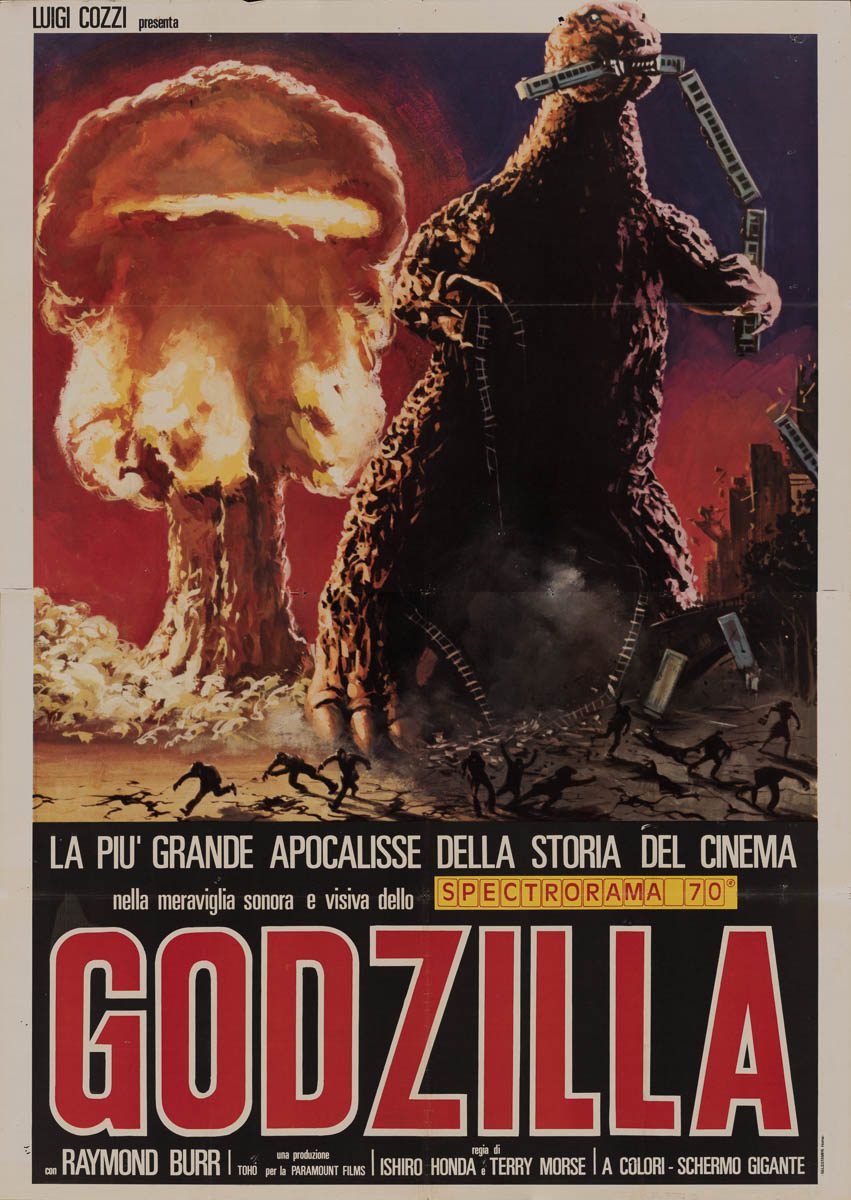 
Godzilla is the ultimate anti-war film masquerading as 50s horror/sci-fi. Made during a time when Japan was still reeling from WWII and nuclear devastation in Hiroshima and Nagasaki, Godzilla was a beast born of human hubris and atomic fire. The US government still had occupational authority over Japan and there were strict limits on promoting nationalism, politics, and perceived propaganda in all media — films were no exception. However, deft and creative filmmakers like Akira Kurosawa seamlessly blended contemporary issues and banned topics into seemingly benign feudal-era Samurai tales. Likewise, Godzilla director Ishirō Honda also cleverly managed to weave anti-war, anti-nuclear, and pro-nationalist themes into his creature feature. Maybe the US authorities did not feel threatened by a man dancing around in a big rubber dinosaur costume 🙂

This awesome Italian 4-foglio is as huge as the monster himself! Standing at 6 1/2 feet tall it would command attention in any room. This poster was created for a 1970s re-release, but the film was still highly relevant with the Cold War raging. This poster shows the moment of Godzilla’s birth in a nuclear explosion and all the terror and carnage that follows with it. Simply an AWESOME poster. 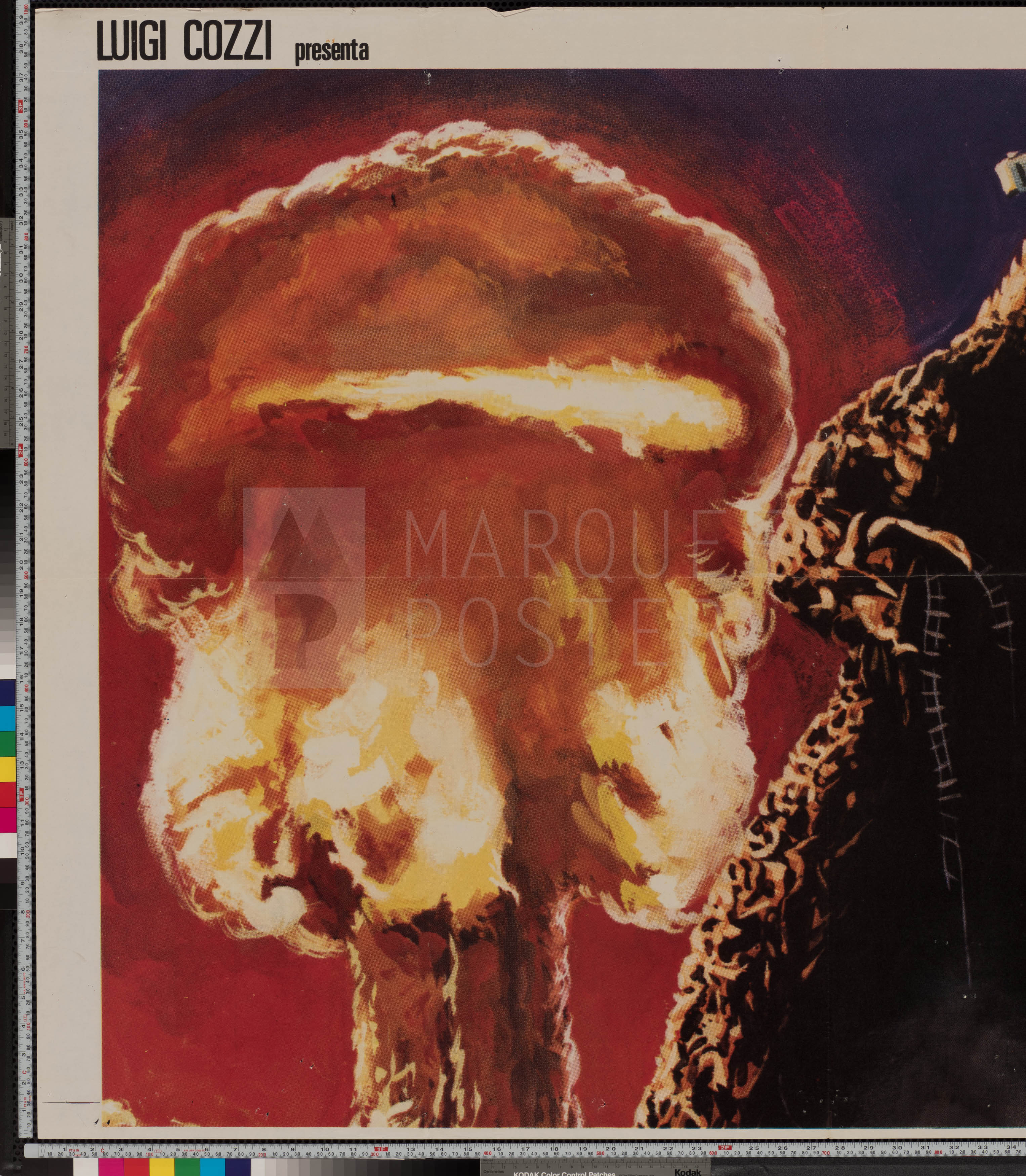 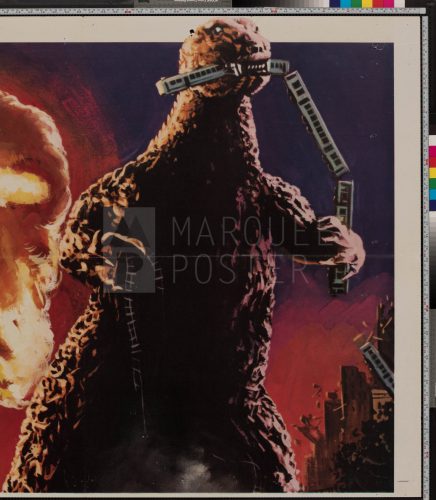 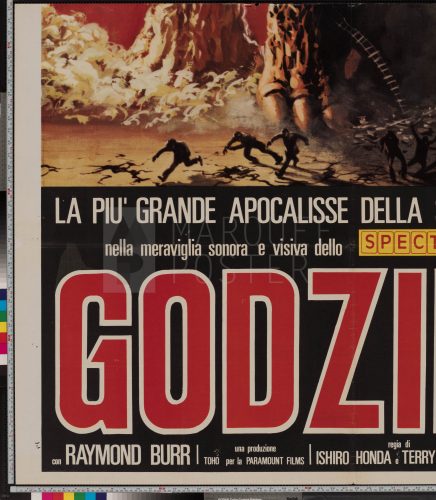 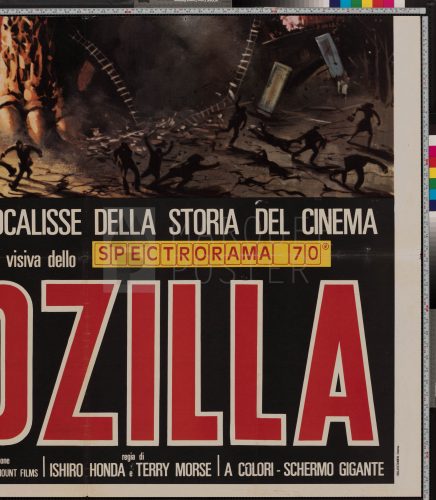 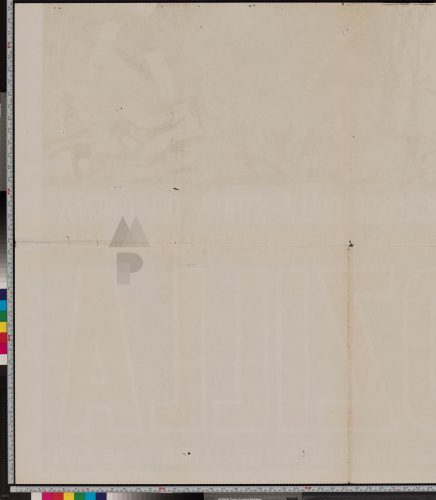 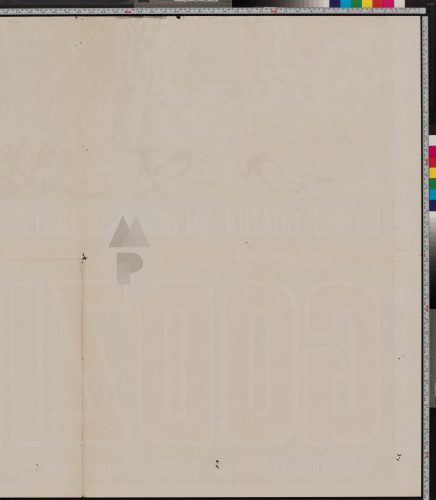 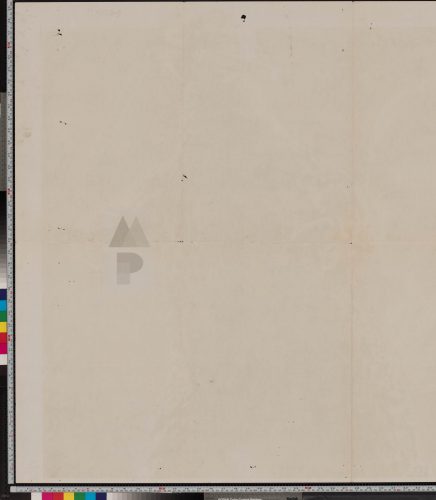 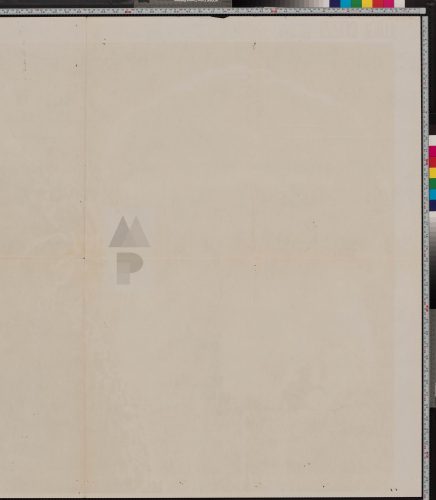