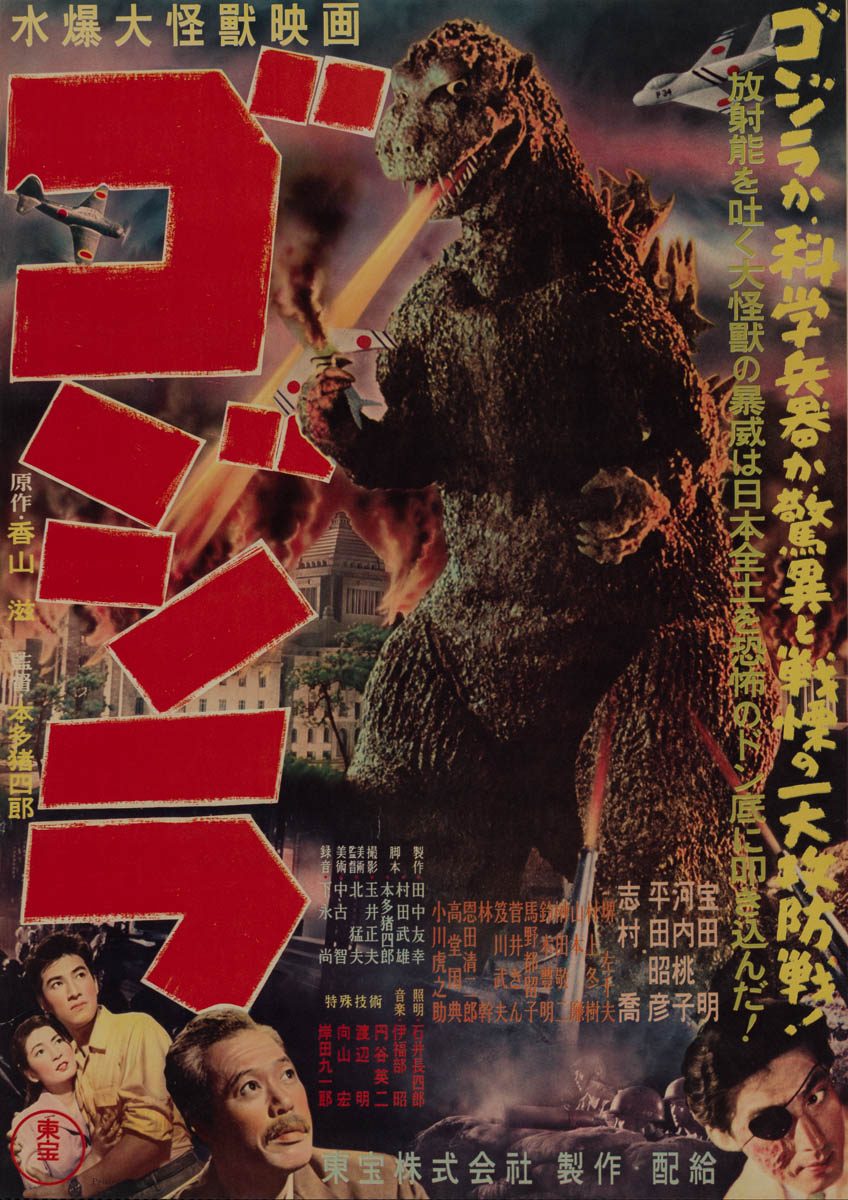 Grade: C8  Very Fine. Tri-folded, single-sided. 100% unused and unrestored original release poster with no fading whatsoever! The poster would grade considerably higher if not for some very, very minor damage incurred during handling and storage. Primary areas of concern are some compression marks from being stored in a loose trifold (with one very small line of ink loss near the center of the lower trifold), a small area of edge damage on the left side of the lower trifold, and in approximately 1/2” edge tear near the couple in the lower left. Nearly every example of this poster that has surfaced has been restored on linen. Japanese collectors highly frown upon restoration making this one of, if not the nicest known fully original examples!

When Godzilla was released in 1954 it was played straight & had a very serious tone. To this day it remains one of the most influential science fiction/horror films in cinema history. The importance of this completely unused and unrestored, first release, country-of-origin poster simply cannot be overstated. This is quite possibly one of the finest examples of this poster still in existence! 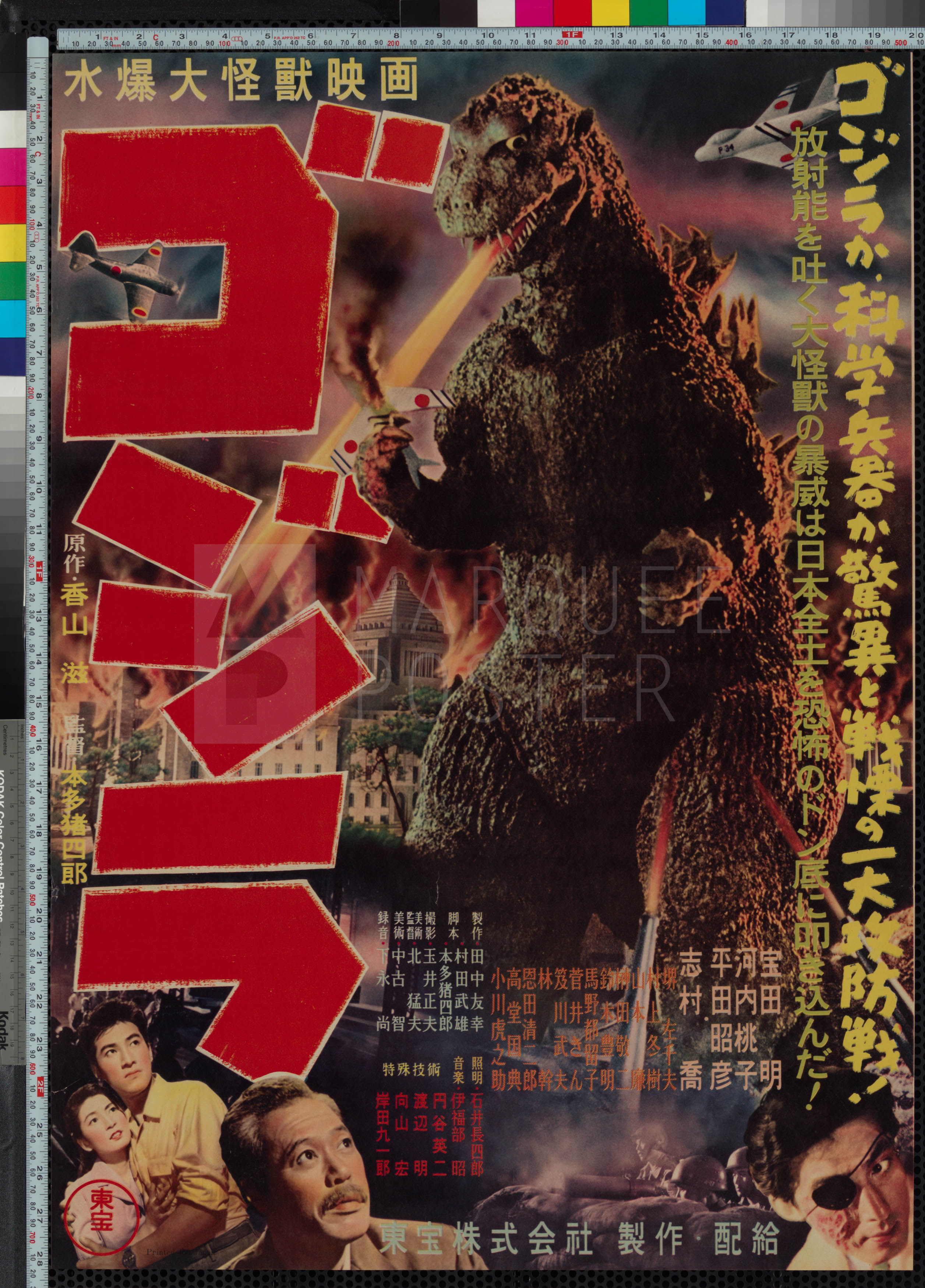 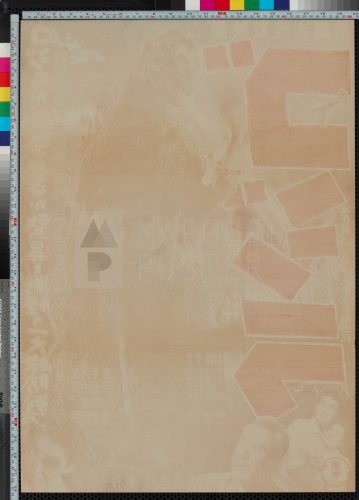