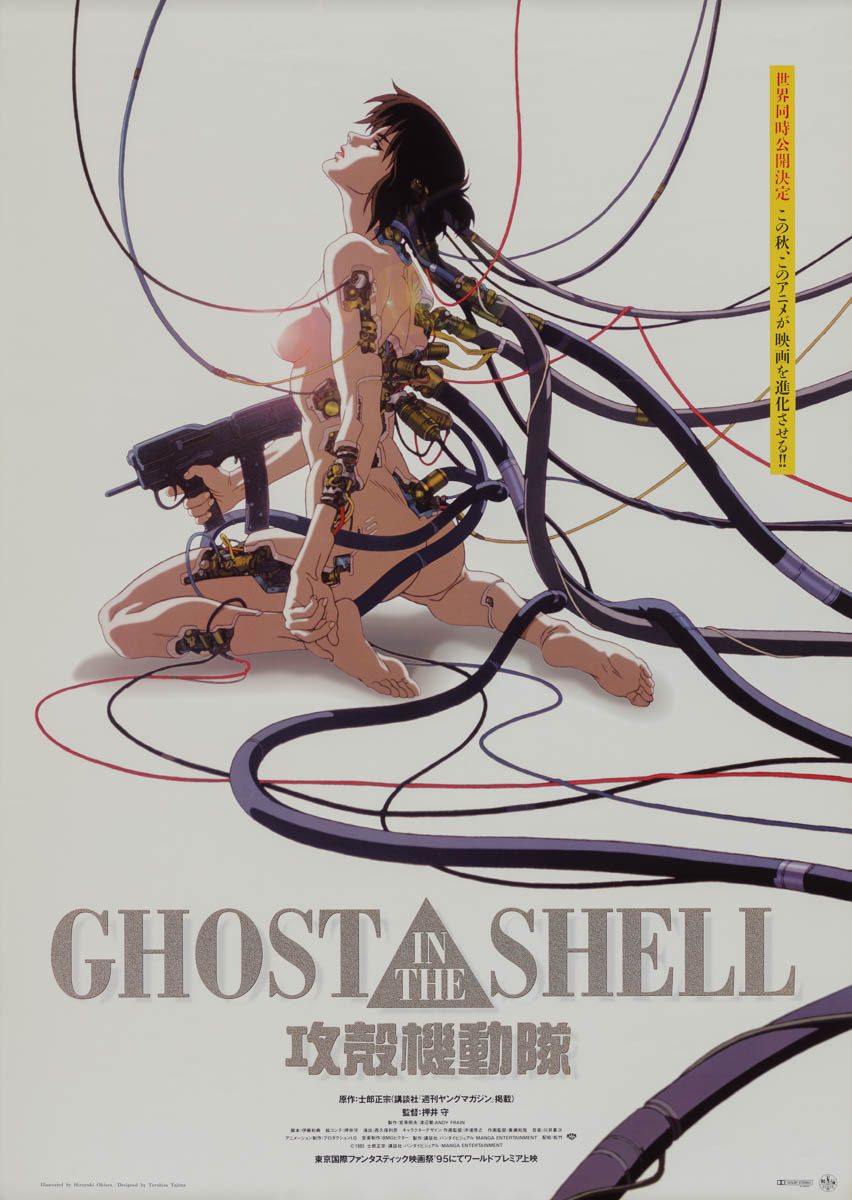 Grade: C8-C9  Very Fine to Near Mint. Rolled, single-sided. Unused poster with only the most minimal handling/service/edge wear. Would grade even higher if not for slight compression marks from being stored in a loose tri-fold.

This amazing country-of-origin Japanese B1 is incredibly scarce! Ghost in the Shell was remade in 2017 with Scarlett Johansson so expect interest in the original to only increase! 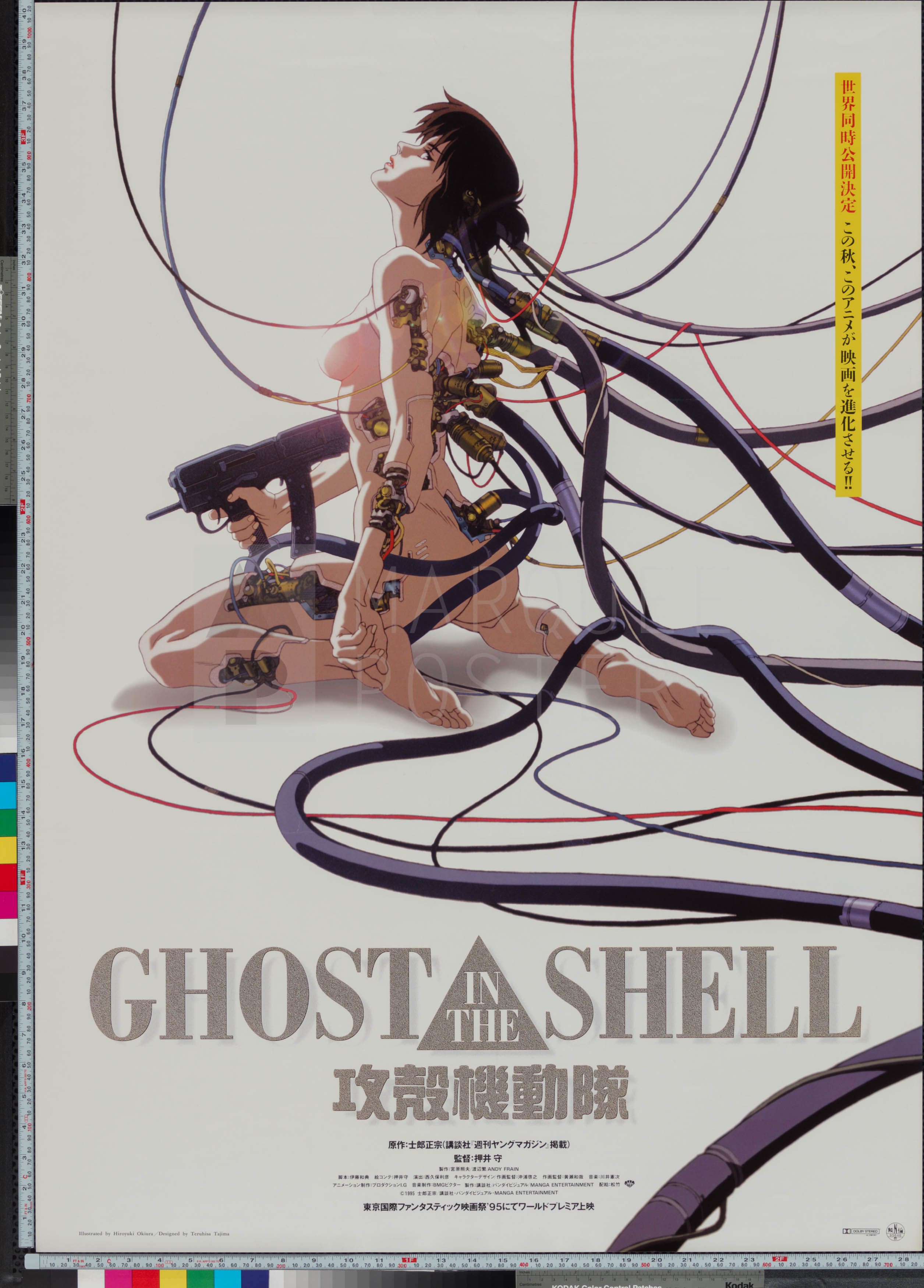 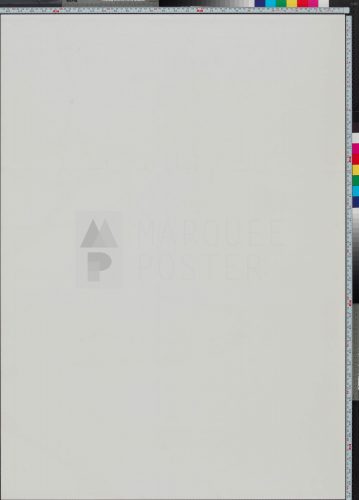