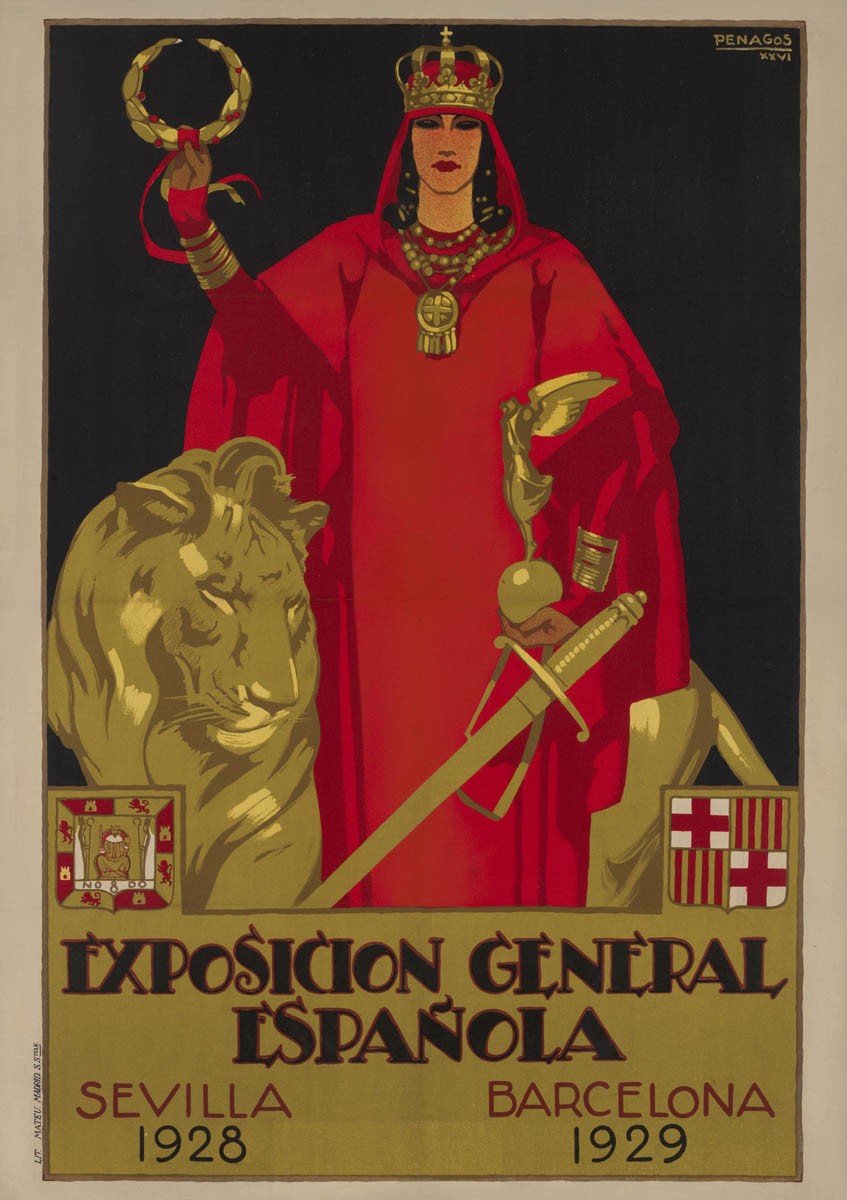 Grade: C4  Very Good. Folded, single-sided. Prior to linen backing the poster had handling/edge wear, snipes at the bottom, separation along the whole center vertical fold with tape on the verso -- with some tape adhesive visible from front, pin holes, and paper chipping in the lower right corner. Expert restoration has addressed these flaws and the poster now appears very fine to near mint.


The 1929 World’s Fair in Barcelona went by several different names — in English it was called the 1929 Barcelona International Exposition, in Spanish it was referred to as Exposición General d’España or Exposición General Espanola and in Catalan it was called Exposició Internacional de Barcelona de 1929. It was actually the second world’s fair to be hosted by Barcelona, the previous being the 1888 Barcelona Universal Exposition. The 1929 event was a celebration Spain’s unity and became a testing-ground for the new architectural styles developed in the early 20th century including: Noucentisme, Bauhaus, classical revival, and modernism. This extremely rare exhibition poster features wonderful and bold gothic art to intended to herald Barcelona, more generally Spain, into the new century. Sadly, the Spanish Civil War broke out only a few years afterwards and instead lead Spain into some of it’s darkest days. 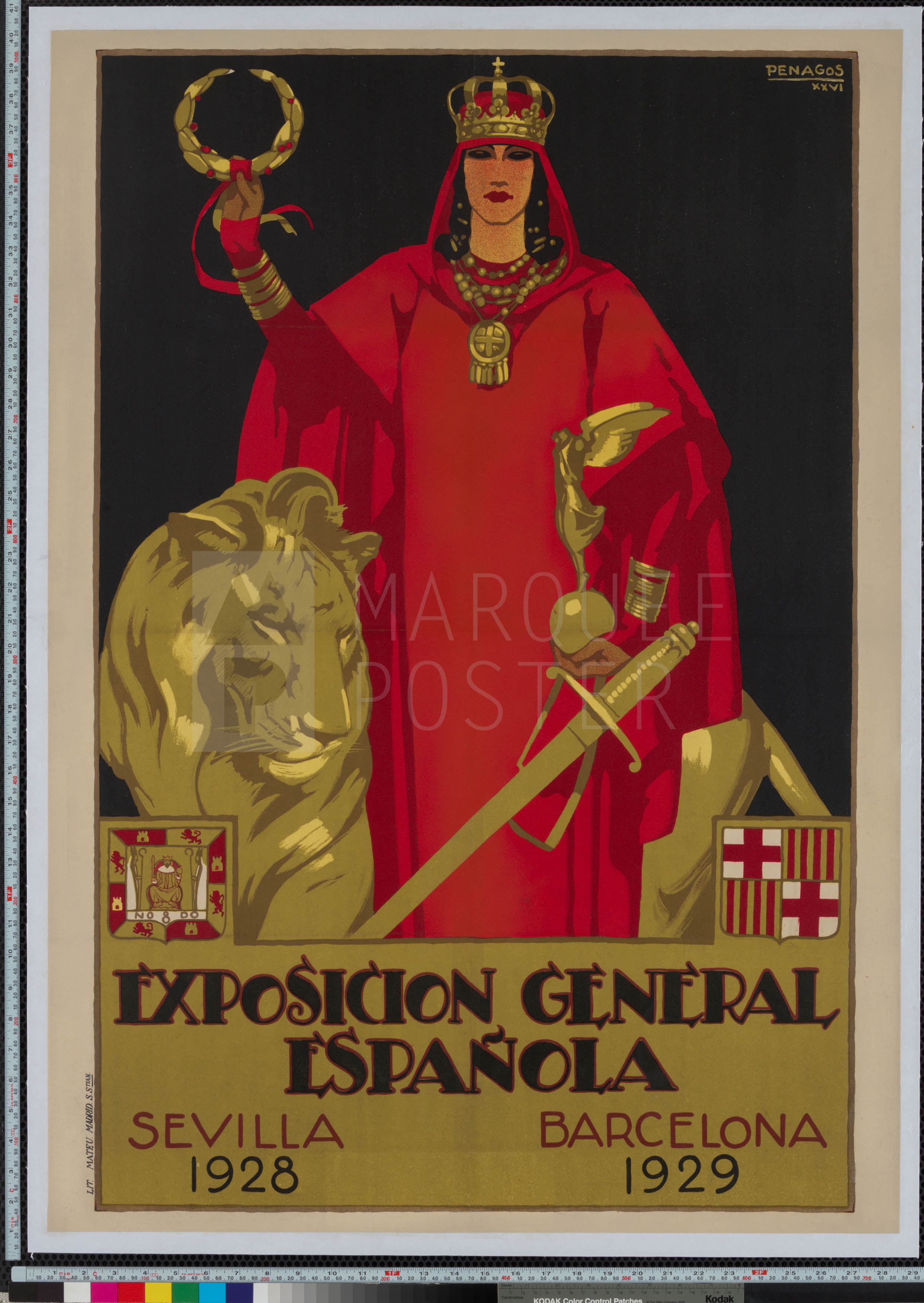 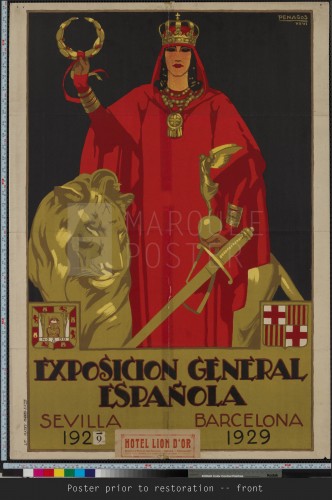 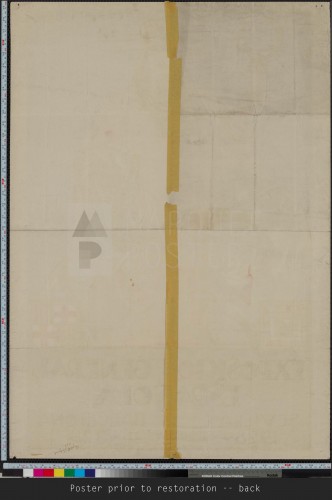