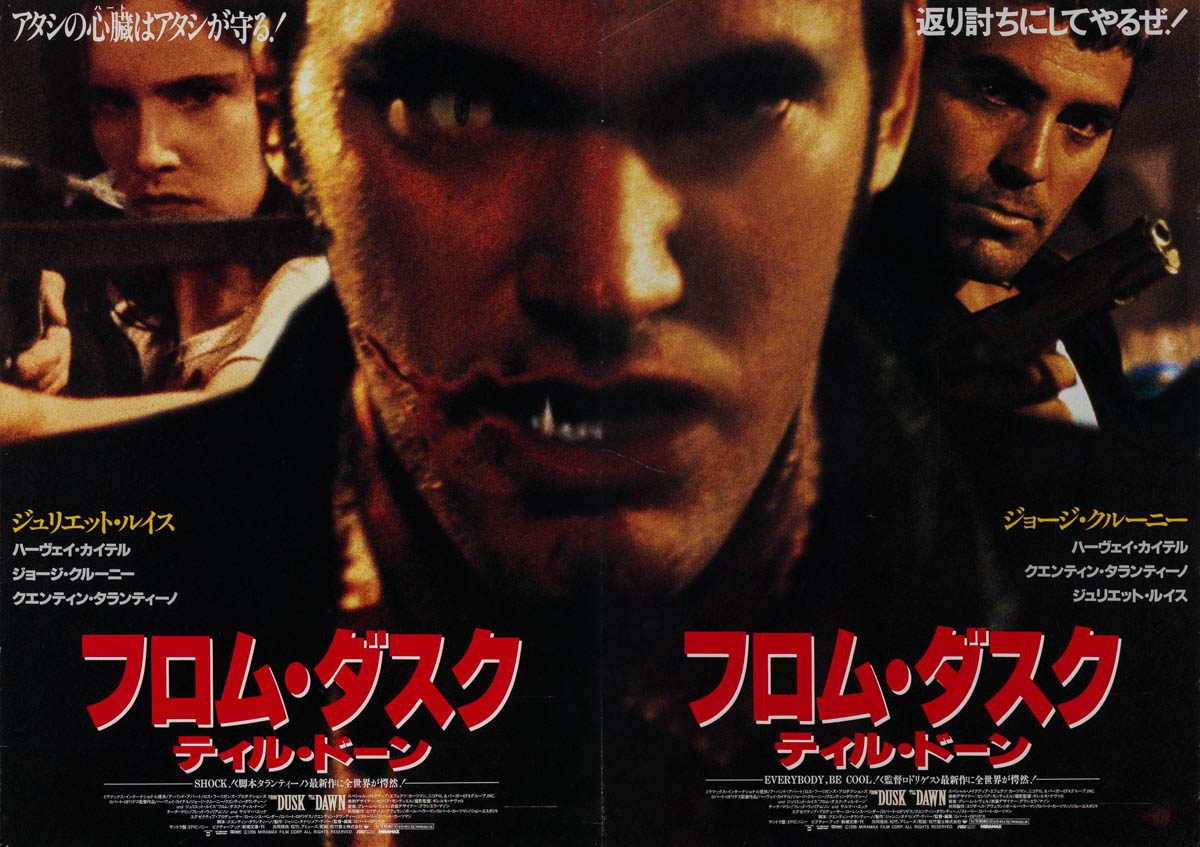 From Dusk Till Dawn

English title: From Dusk Till Dawn

Film title: From Dusk Till Dawn

Film Plot: Two criminals and their hostages unknowingly seek temporary refuge in an establishment populated by vampires, with chaotic results.

Grade: C7  Fine to Very Fine. Rolled, single-sided. Left C8: Theater used poster with very minimal handling/edge wear, some scattered compression marks on the surface, one of which is more noticeable one in lower right. Right C7: Theater used poster with moderate handling/edge wear, especially in along sides near the top, corner crease, tear on left side middle repaired with tape on the verso.


From Dusk Till Dawn was a throwback vampire exploitation film from Robert Rodriguez. While this one was a true genre homage film, it could practically be considered a dry run for his later Grindhouse double header with Quentin Tarantino (who also stars as one of the Gecko Brothers). And being a Rodriguez film written by Tarantino it’s of course choc full of movie references — the crotch gun last seen in Desparado, Richard Gecko’s final line of dialog taken from Godard’s A Bout de Souffle, from a character’s “Precinct 13” t-shirt as an homage to John Carpenter to name only a few. Fun and gore to be had by all!

This Japanese B0 is crazy rare and actually consists of two different B1 styles that could be displayed side by side or independently (each has it’s own credit block). Of course, the real treat for fans of the film is seeing them displayed together. 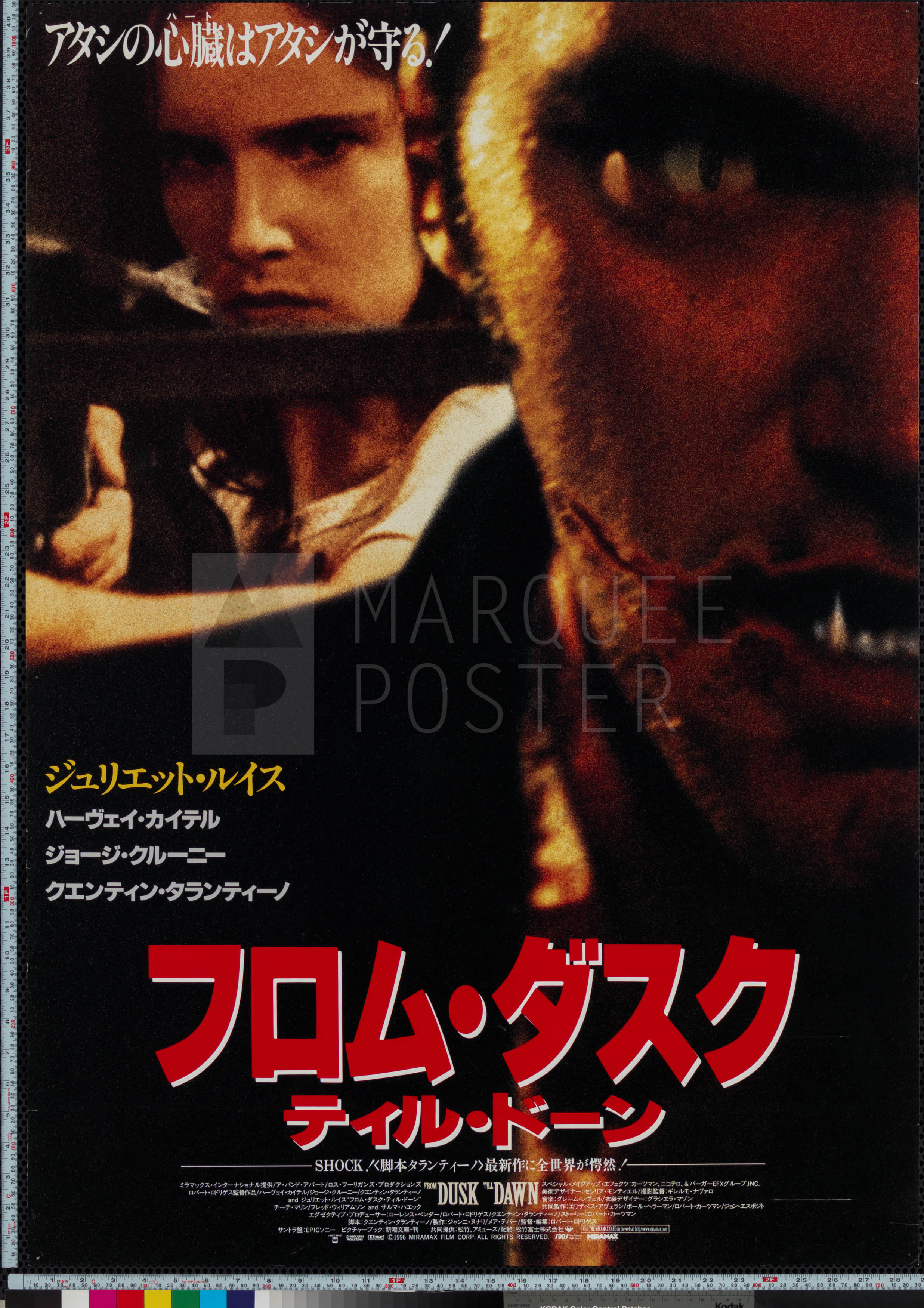 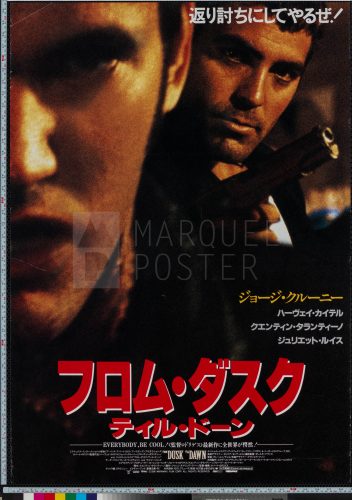 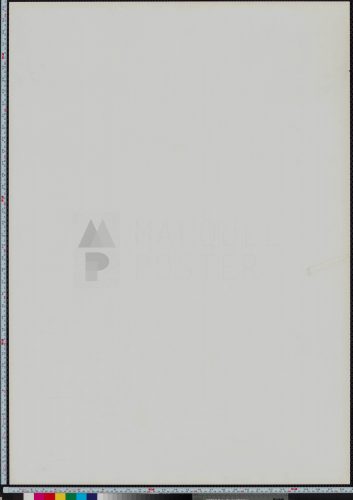