Film Plot: Oil heiress Mame Carson takes an incognito cruise so that men will love her for herself, not her money.


Like many of Jane Russell’s films, French Line was made to highlight her status as one of the leading sex symbol of the 1940s and 50s. A decade earlier Howard Hughes produced Jane Russell’s debut film, The Outlaw — which was held up by the production code for nearly five years due to her ample cleavage on display. Of course, the uproar was anticipated and encouraged by Hughes who was thrilled with all the free publicity from the censors. For The French Line, Hughes shot the film in 3D to… ahem… fully capture Russell’s 38D-24-36 figure. He also took a page out of his own promotional playbook advertising “J.R. in 3D. It’ll knock both your eyes out!”. The film’s most famous musical number had Russell singing “Looking for Trouble,” while provocatively dancing in a form-fitting bathing suit with revealing cutouts. Not surprisingly, the Catholic National Legion of Decency condemned the film and the Breen Office refused to give it a Production Code seal of approval. Hughes defied the censors and released it without a seal — ultimately thanking the censors for providing “about a million dollars worth of free publicity”. Not one to waste an opportunity, Hughes then had a few scenes trimmed and re-released it again, this time not in 3D (to get it into more theaters) but with a production seal.

This nearly 5 foot tall Japanese STB features one of the best pin-up style posters of Jane Russell ever! It also happens to be the best poster from this film. The whole reason people flocked to this film was to see Jane in her revealing black swimsuit while performing “Looking for Trouble” — yet none of the US advertisements got it right! The US 1-sheets and 3-sheets inexplicably colored the swimsuit red (leading many other countries to incorrectly follow suit). The highly coveted US 40×60″ poster gets about as close as possible, keeping the swimsuit black, but they hand colored in the (3) cutouts across her stomach — pretty much the entire reason the censors had a problem with the film in the first place. This wonderful Japanese poster is one of the only posters to nail Russell’s look in the controversial film! 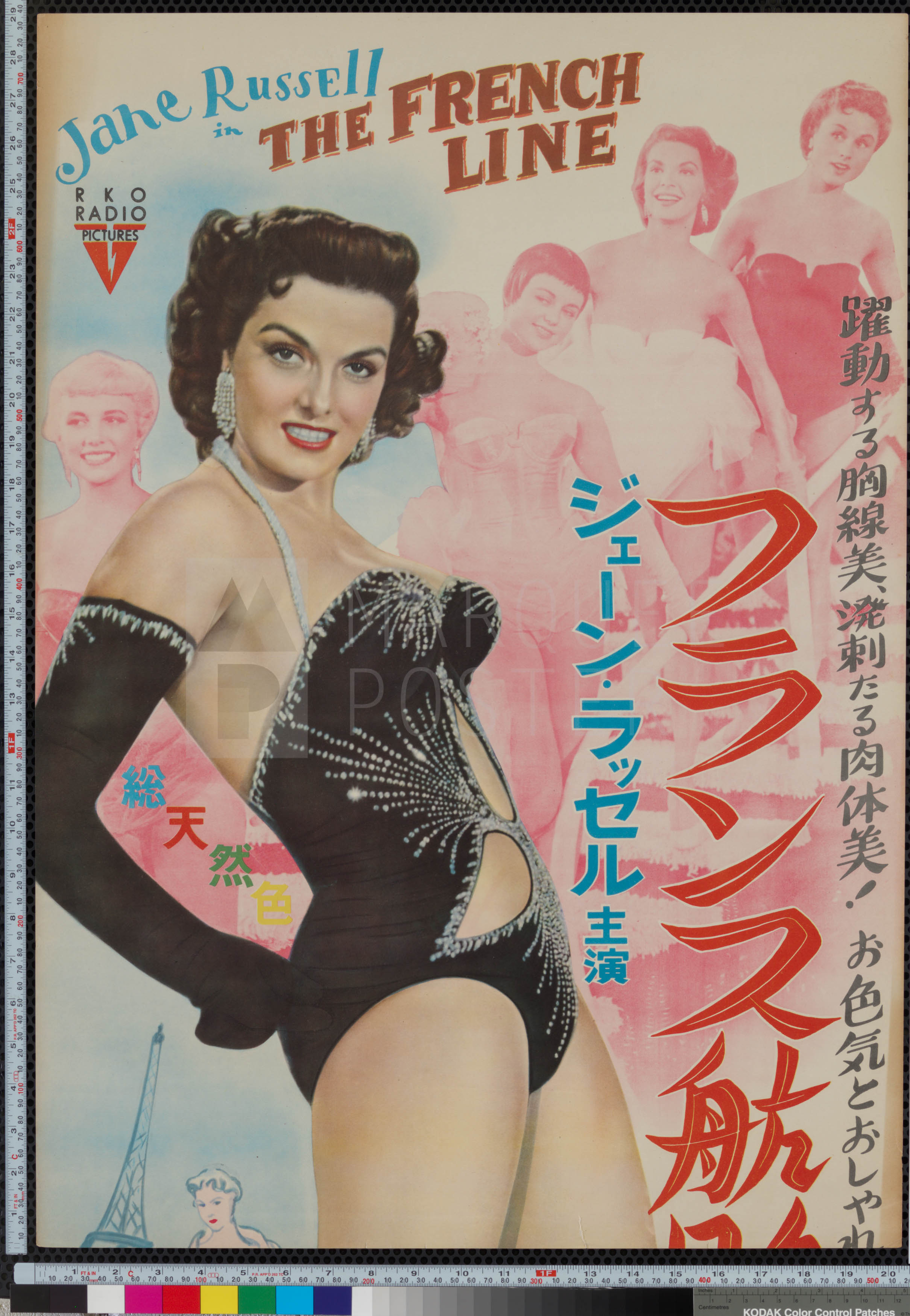 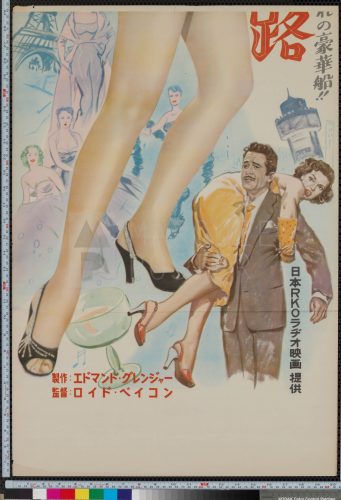 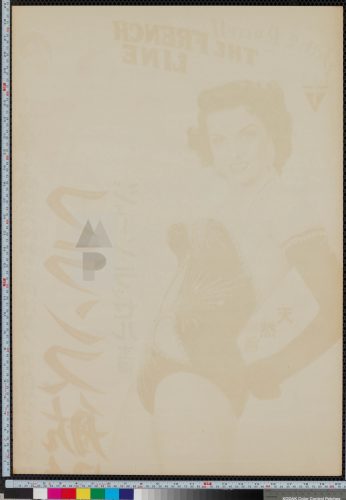 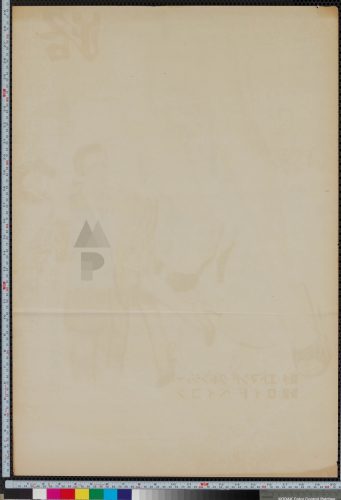