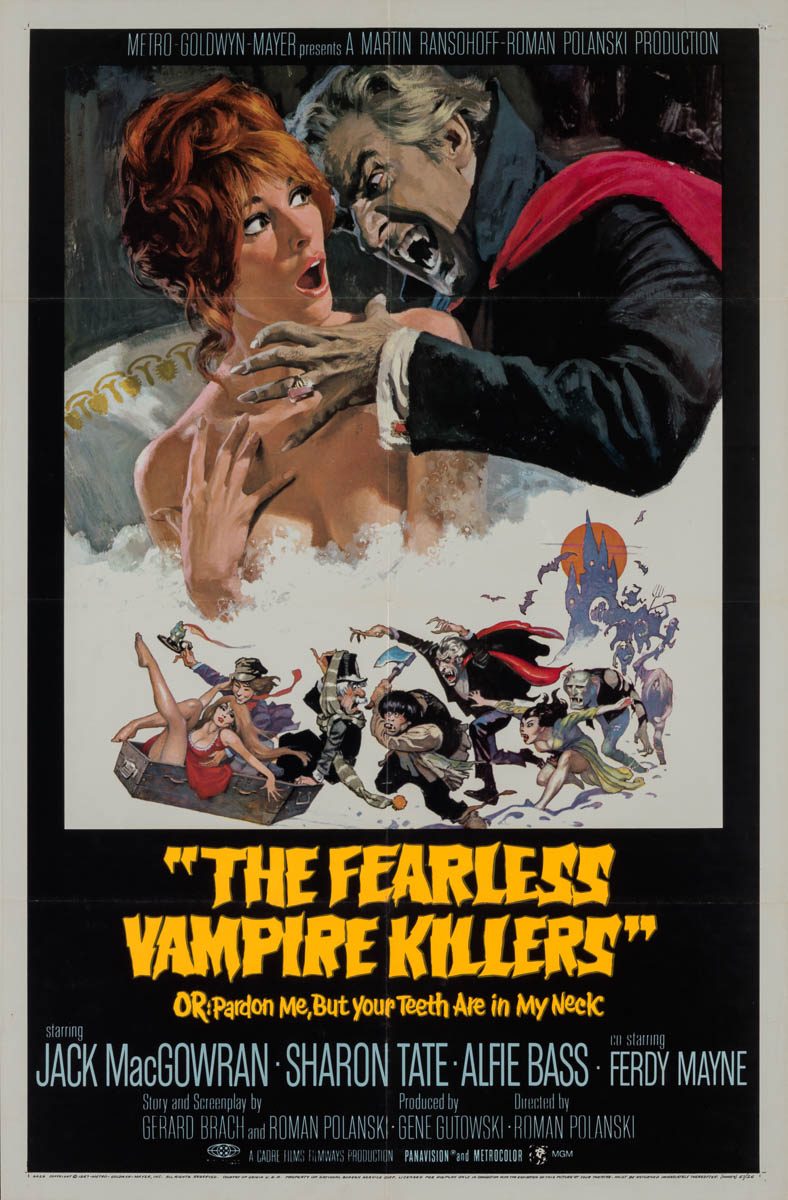 Fearless Vampire Killers or: Pardon Me, But Your Teeth Are In My Neck

Poster title: Fearless Vampire Killers or: Pardon Me, But Your Teeth Are In My Neck

Film title: Dance of the Vampires

Film Plot: A noted professor and his dim-witted apprentice fall prey to their inquiring vampires, while on the trail of the ominous damsel in distress.


Dance of the Vampires, the horror comedy film from Roman Polanski, was a surprise hit across the European continent for nearly a year before it was released in the US. Of course the studio execs in the US butchered it by tacking on a cheesy intro cartoon, re-editing it, and re-titling it — The Fearless Vampire Killers or: Pardon me but your teeth are in my neck. Yes, that whole thing is the title! Despite their best efforts at sabotaging the film, FVK retains cult horror status to this day.

This US 1-sheet (27×41″) is one of the all-time great horror posters. It has it all–two great portraits of star Sharon Tate, Frank Frazetta art and a blaze orange title printed in day-glo inks! Not to be missed! 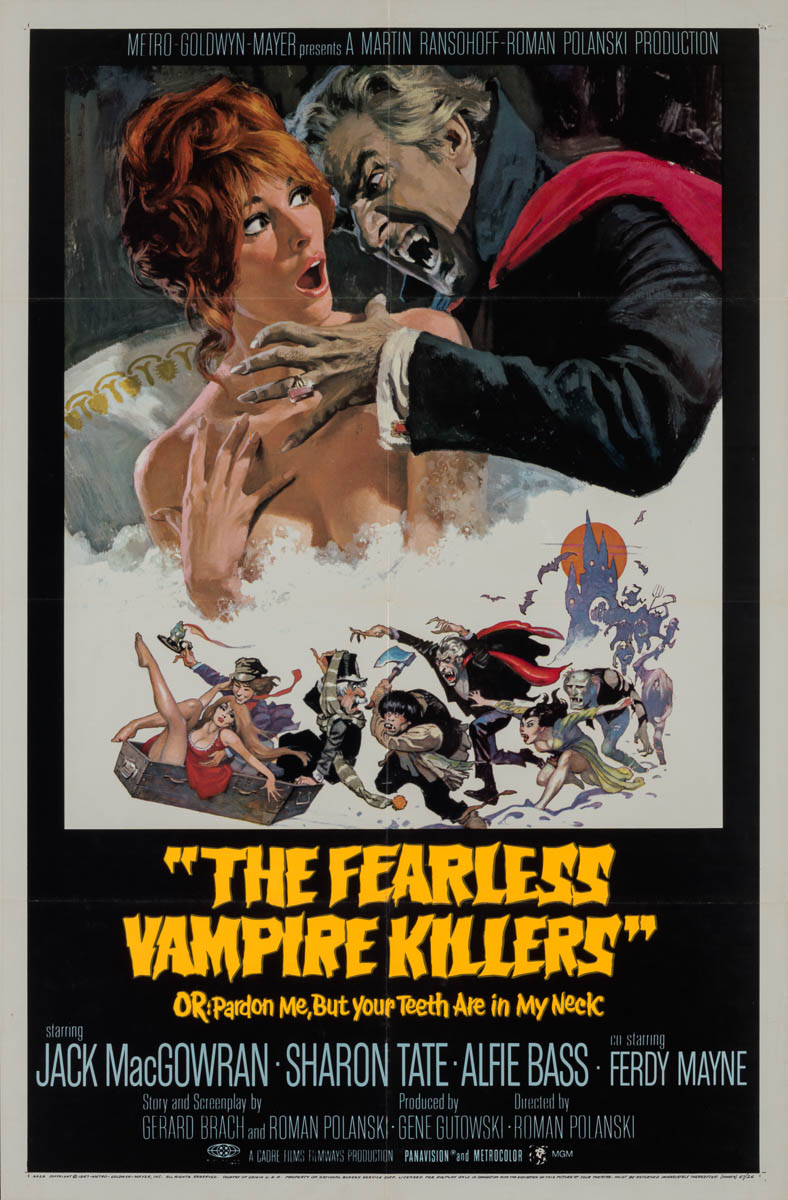 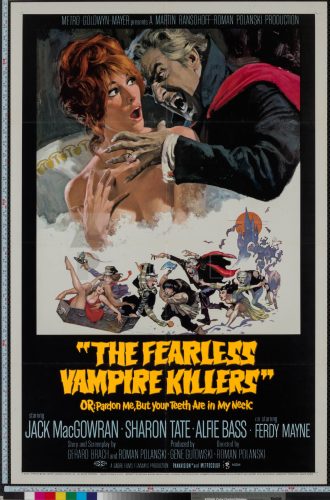 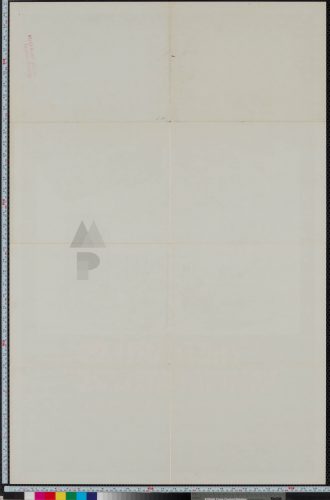