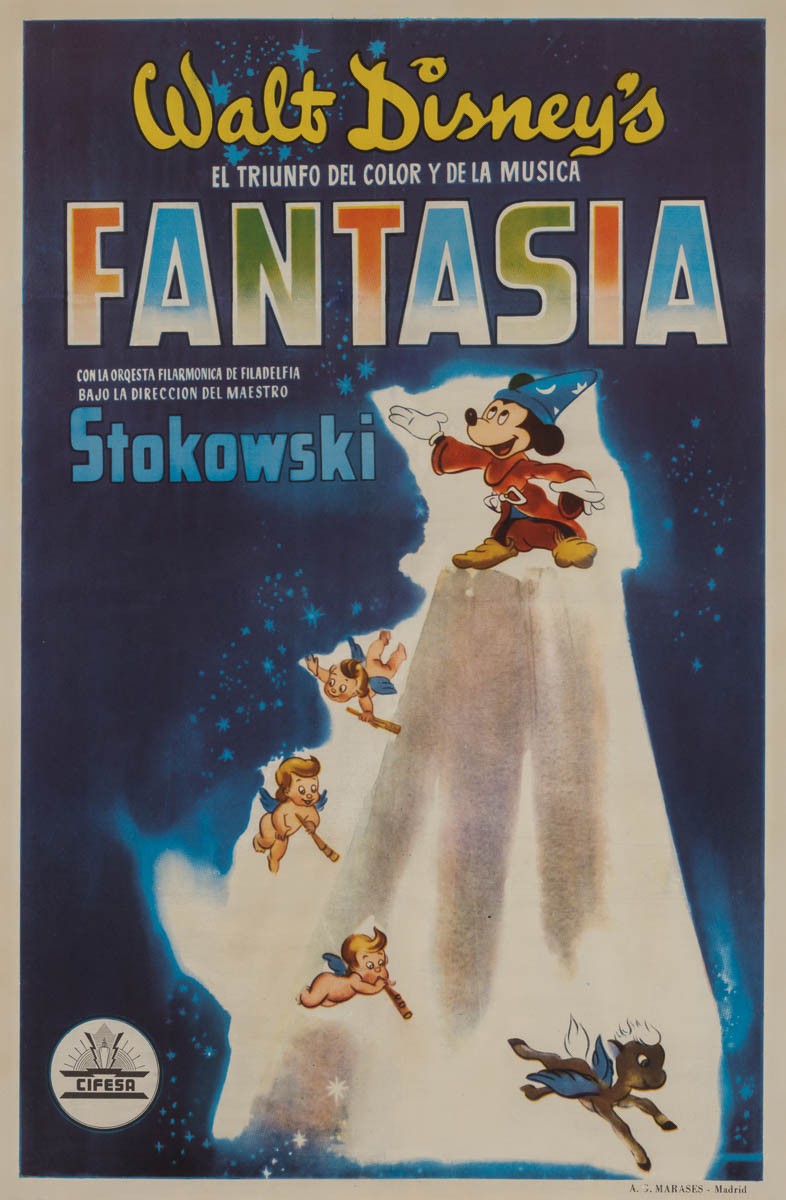 Grade: C7  Fine to Very Fine. Folded, single-sided. Prior to linen backing the poster was in great condition with only moderate edge/handling wear. Expert restoration has addressed these flaws and the poster now appears very fine to near mint.


While today Fantasia is almost universally praised, it was only the third feature film from the fledgling Disney studios and was a critical and commercial failure upon release. The film consisted of a series of animated segments set to classical music conducted by Leopold Stokowski and performed by the Philadelphia Orchestra. Fantasia was rightly recognized as an innovative and ambitious production, but a combination of the limited “roadshow” release schedule, the complex and costly sound systems retrofitted into every theater showing the film, and failure to connect with audiences gripped by WWII ultimately doomed the film. However, with a steady stream of subsequent theatrical releases Fantasia eventually found it’s place with more sophisticated audiences and it now ranks as one of the most important animated films in the history of medium.

Because of it’s limited initial release and ultimate failure at the box office, original release posters are extremely scarce and highly coveted by collectors. This first release Spanish poster features one of the most important segments from the film and the only segment to feature Mickey Mouse — The Sorcerer’s Apprentice! The artwork on this poster is nearly identical to one of the most desirable US posters for the film, the “style B” 1-sheet. 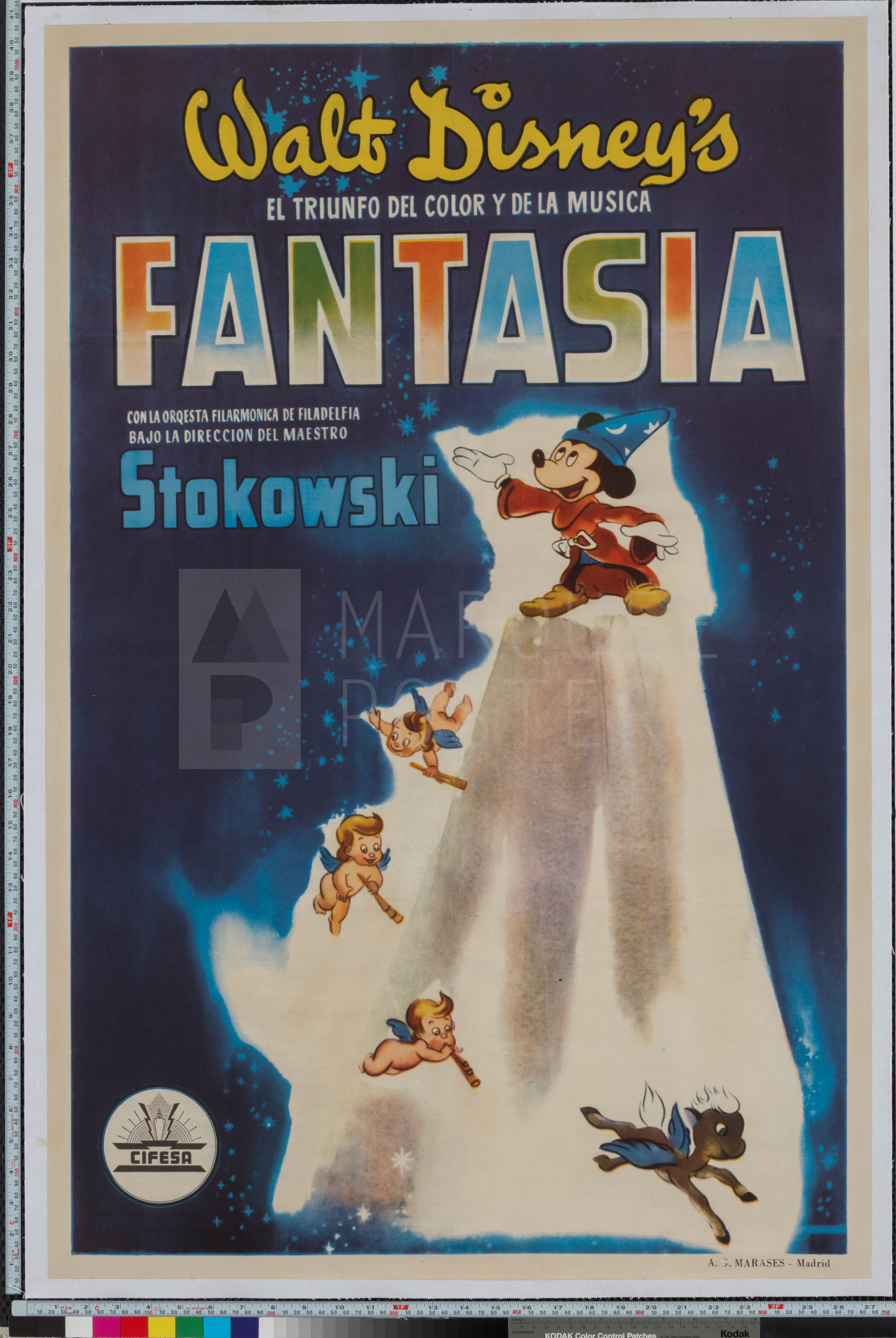