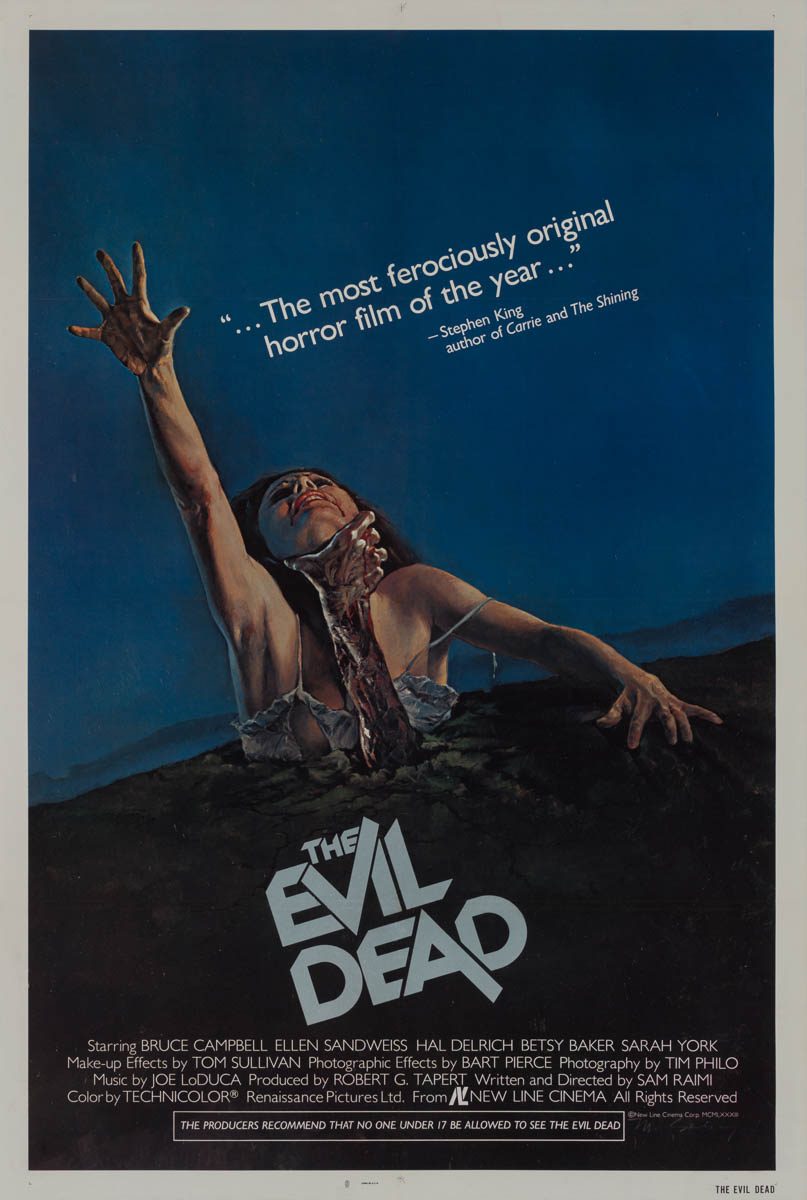 Grade: C5  Very Good to Fine. Folded, single-sided. Prior to linen backing this was a theater used poster with moderate handling/use/folder wear, several pinholes in the corners, some ink loss along the folds and a large corner crease in the lower right. Would grade higher if not for misfold and associated ink loss along the lower horizontal fold.


Evil Dead is perhaps the most famous independent film of all time! Sam Raimi wrote the book on low budget, DIY horror and influenced a legion of independent directors that followed in his footsteps — not the least of which was Joel Coen (of the Coen Brothers) who got his start working as an editor on Evil Dead. Sam Raimi has a style of filmmaking all his own and its amazing to see how many of them are on display in the Evil Dead, including the prodigious Three Stooges-esque slapstick! He also introduced the world to the man with the chin, the one and only Bruce Campbell. I think we can all be happy about that!

Sam Raimi spent years tirelessly trying to get Evil Dead distributed. Evil Dead was made in 1981, but despite several festival showings the first wide-release distribution deal didn’t come together until late 1982 in the UK. The US release would be 4 months later when New Line Cinema finally picked it up for release alongside this iconic 1-sheet. 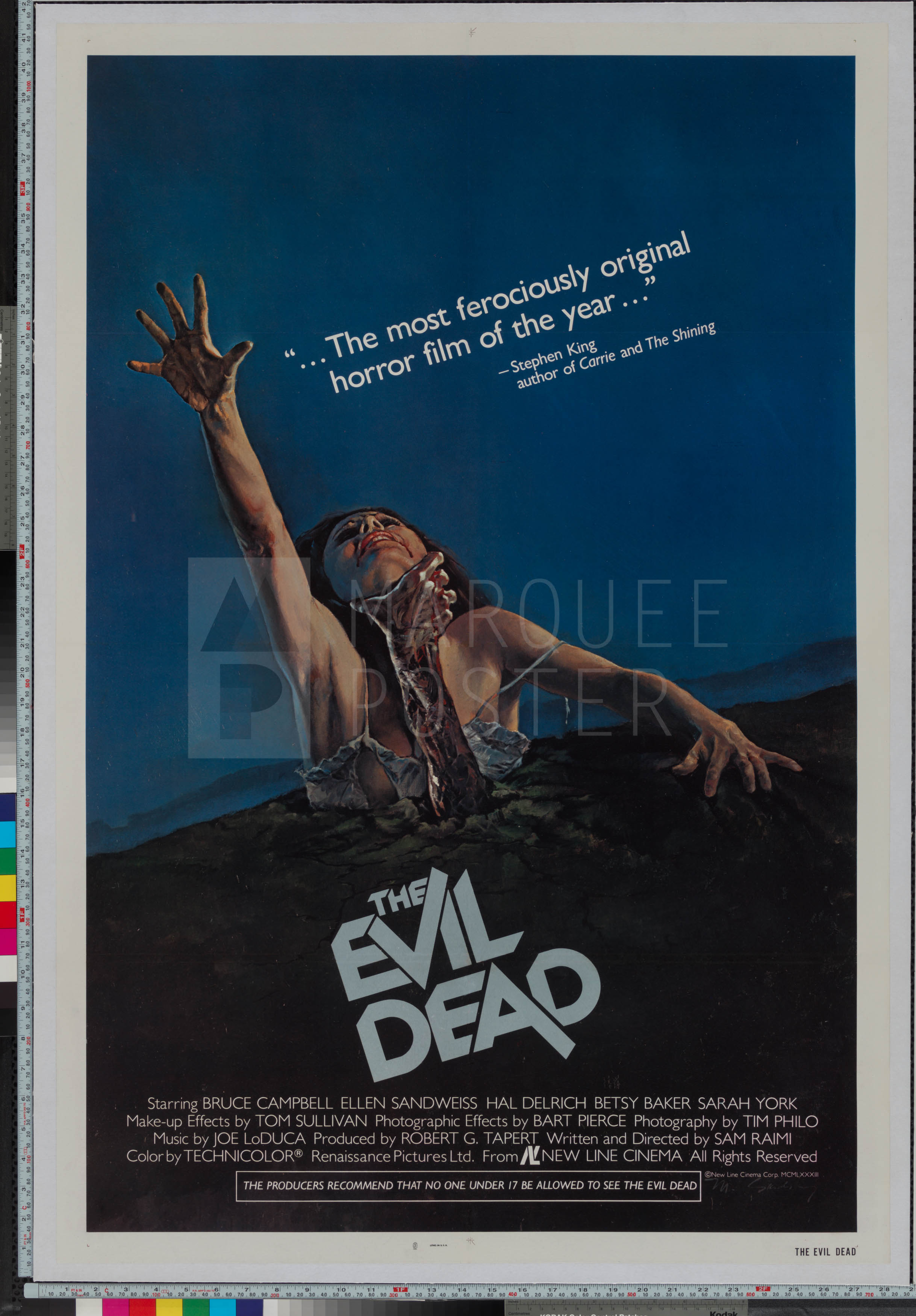 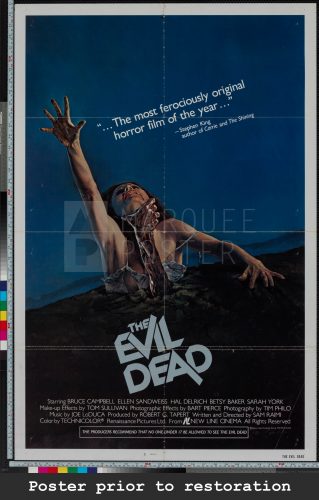 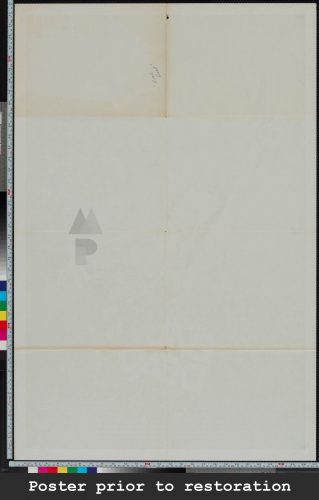