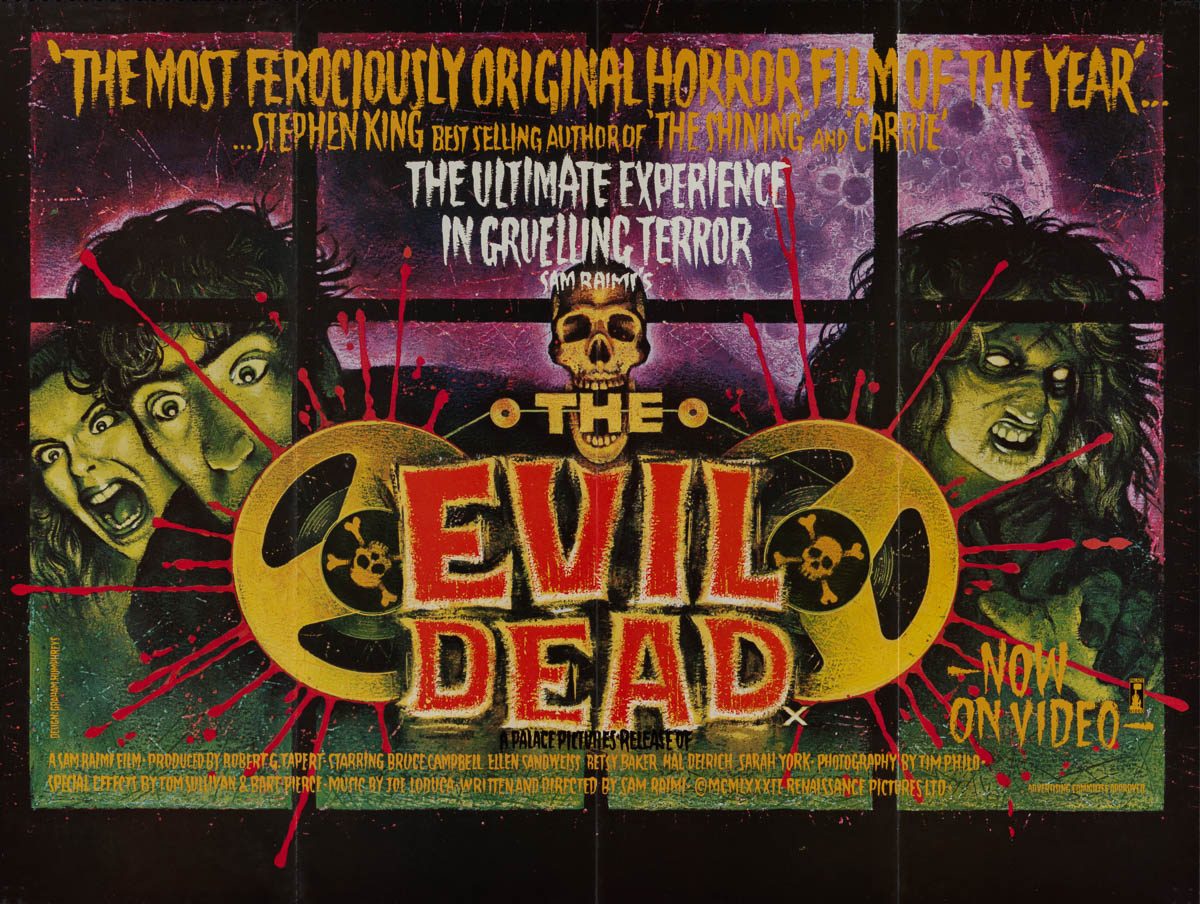 Grade: C7-C8  Fine to Very Fine. Folded, single-sided. Theater used poster with only minor edge/fold wear from storage and use, most noticeable flaws are the ink loss on the fold lines (common on glossy stock posters and that have since been touched up with acid-free conservation-safe water color pencils), a few clean staple holes in the corners, and a small corner bend in the upper right.

Sam Raimi spent years tirelessly trying to get Evil Dead distributed. Evil Dead was made in 1981, but despite several festival showings the first wide-release distribution deal didn’t come together until late 1982 in the UK, four full months before it was distributed in the US by New Line Cinema. This UK quad is widely believed to be from the video release. Evil Dead was released theatrically for a few weeks — before it was quickly distributed on video (one of “video nasties”) and became the top selling title for 1983. Video shop posters are nearly identical to the theatrical poster, but the white borders were machine trimmed, making them slightly undersized for a standard UK quad. This is a rare and desirable horror poster with amazing art by Graham Humphreys. 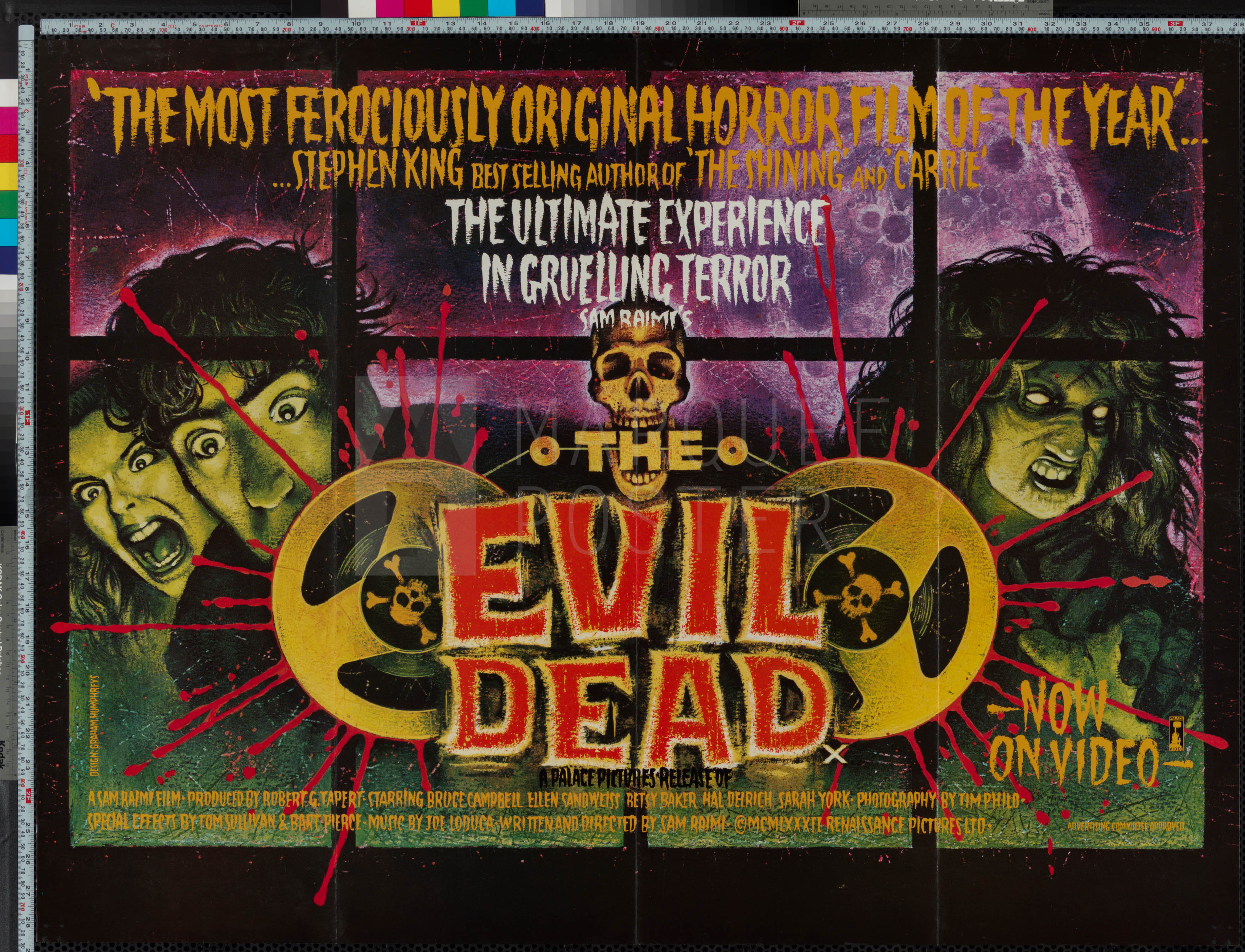 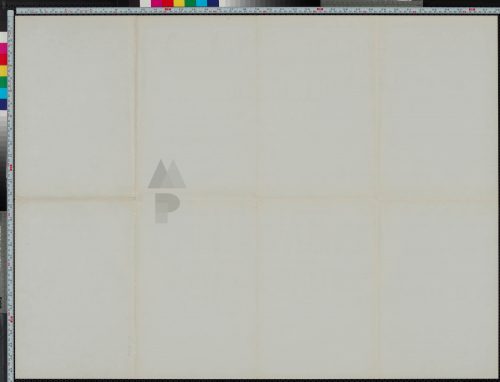