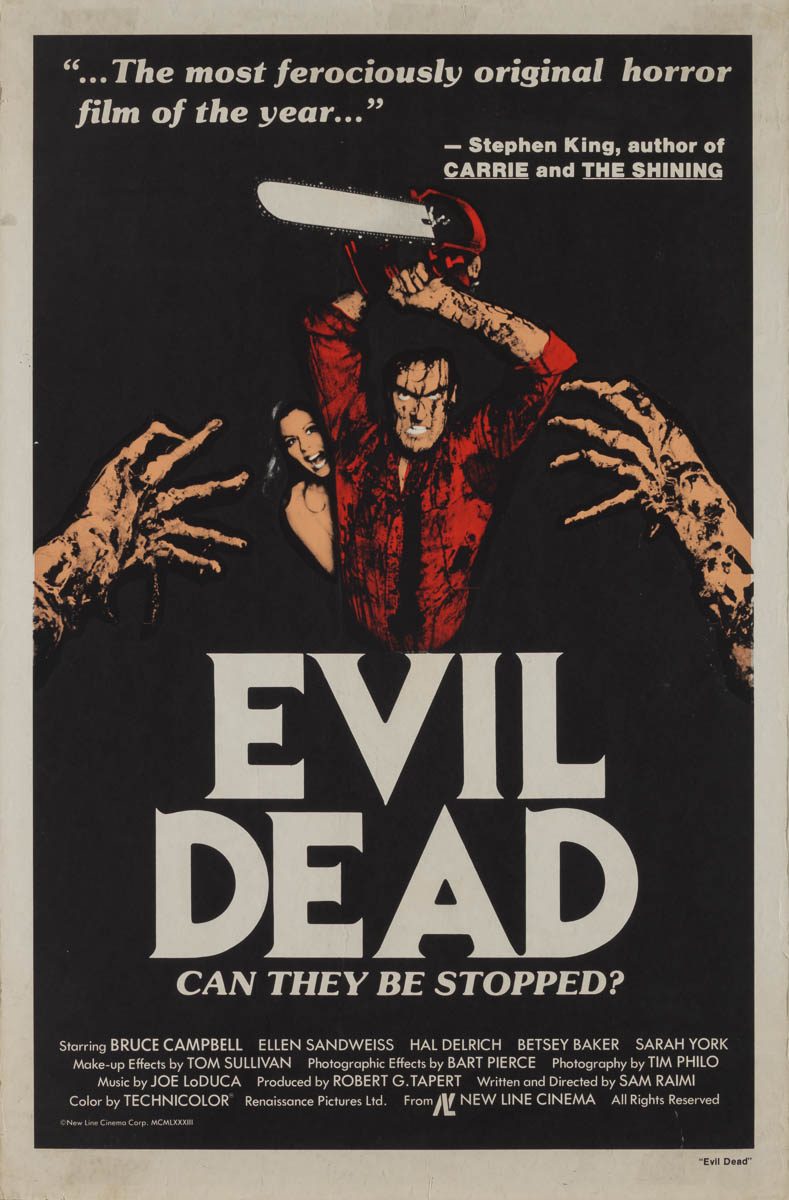 Keywords: 1980sBook of the Deadcabinchainsawfestivalredscreen print

Grade: C7  Fine to Very Fine. Rolled, single-sided. Some handling/edge wear, corner crease and very minimal surface wear, would rate higher if not for extensive tape on the verso -- adhesive must be mild as nothing bleeds through to the front.

This could be the most important modern horror poster in existence! This poster is a silkscreen, pre-wide release poster from one of the independent and/or film festival screenings Evil Dead received before getting a proper wide-release from New Line Cinema. Interestingly, this poster has the New Line logo, which means it must have been used after the film was picked up for distribution in early January 1983, but before it’s wide release in mid-April 1983. There are only a handful of the screenings that happened during that interim period and this poster is most likely from one of two New York shows in May (as seen in this Variety ad with the same artwork). Also interesting, notice the title is simply Evil Dead, which is how the film was billed before before New Line retitled it (The Evil Dead) and changed over to the now iconic hand-art from M. Skilsky. The rarity of this early, pre-wide release poster simply cannot be overstated! 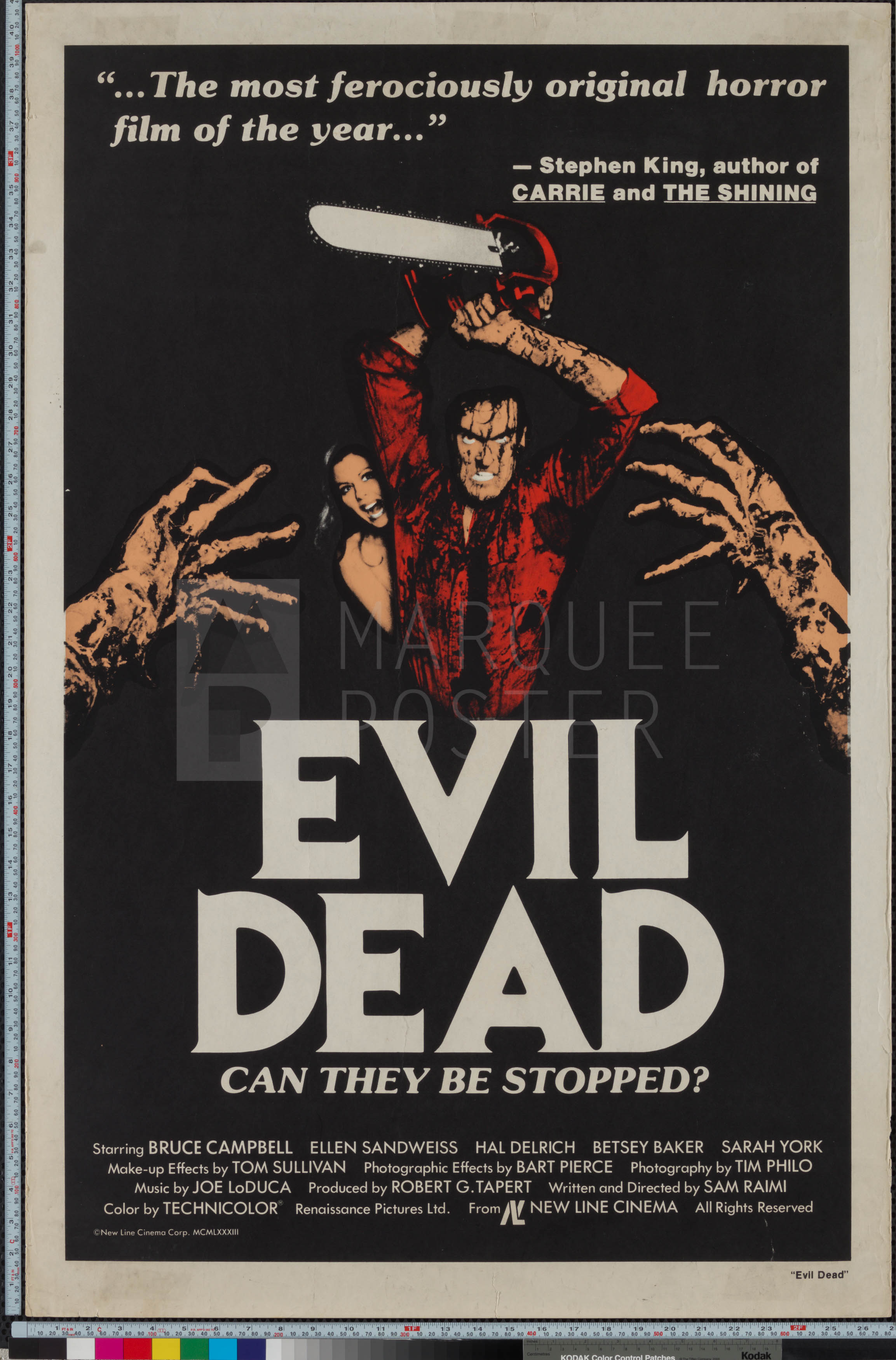 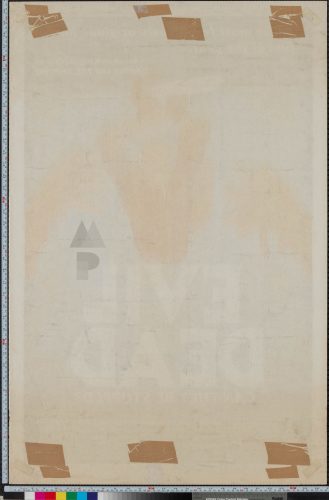