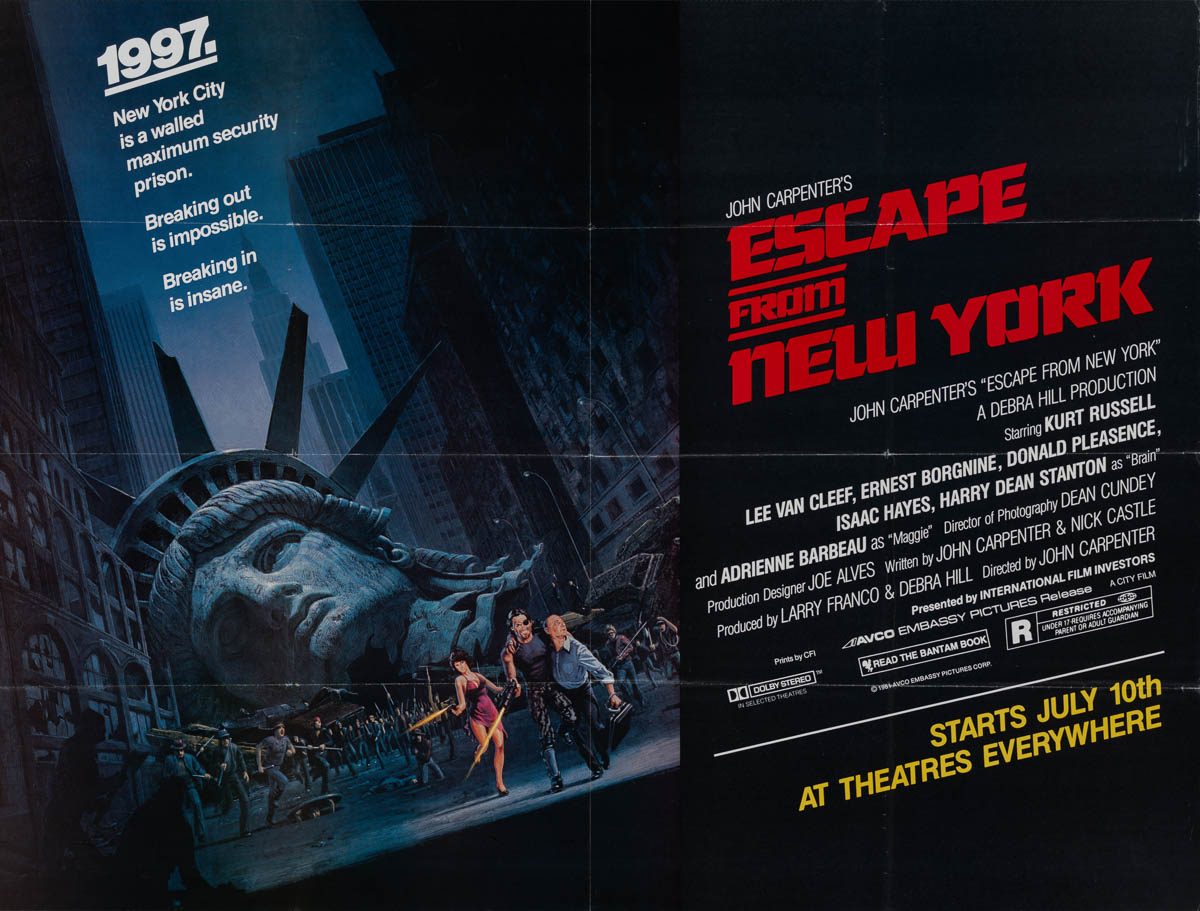 
From John Carpenter, the original master of the genre film–a torch now carried by Quentin Tarantino). Escape from New York is easily one of Carpenter’s best and most beloved! It’s not surprising that Kurt Russell considers it his favorite film and Plissken his favorite role. Part dystopian sci-fi, part exploitation film, all badassery.

Could there be a more perfect poster for this film than this rare and massive US subway poster — a format only used in New York City subways? A full half of the poster is dedicated to same Barry E. Jackson art as the US 1-sheet. This one would make a big impact in any space. 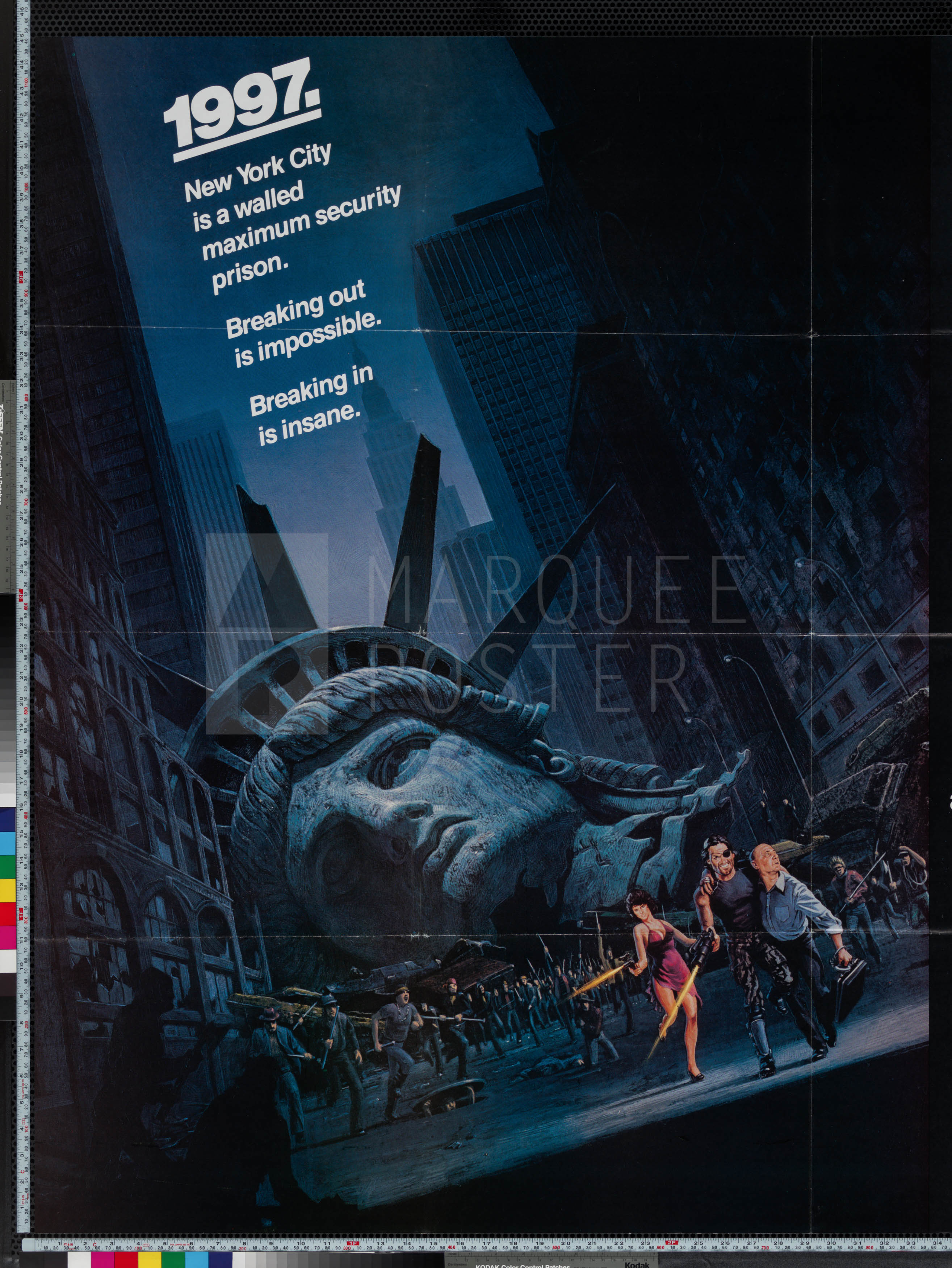 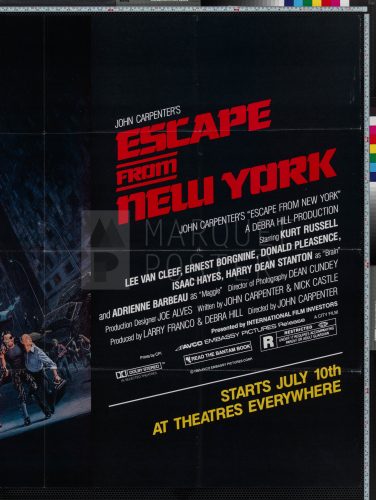 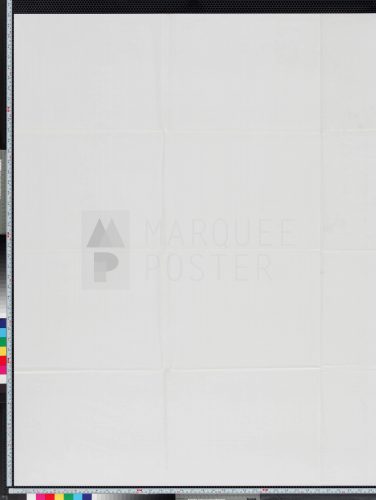 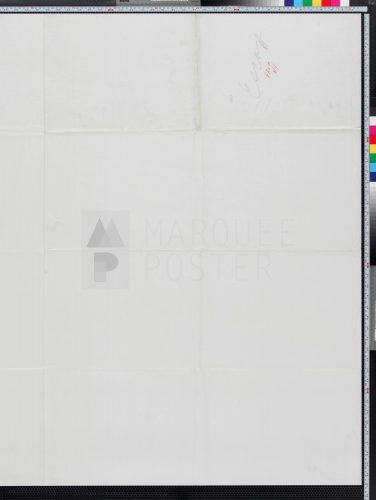