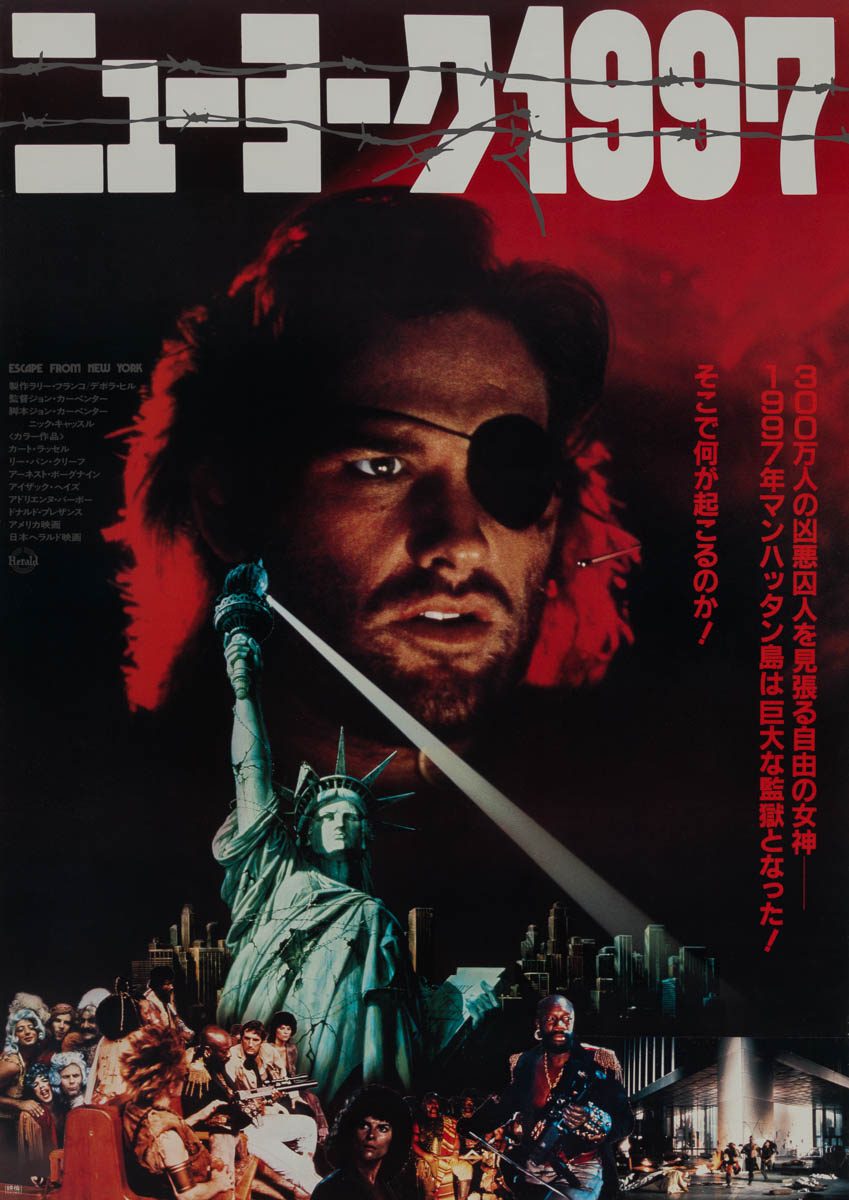 
From John Carpenter, the original master of the genre film–a torch now carried by Quentin Tarantino). Escape from New York is easily one of Carpenter’s best and most beloved! It’s not surprising that Kurt Russell considers it his favorite film and Plissken his favorite role. Part dystopian sci-fi, part exploitation film, all badassery.

This Japanese poster is insanely rare in this larger B1 size. In fact, it’s the only copy I’ve ever seen or heard of! It features one of the best images of Snake Plissken from any country. The barb wire through the title is also printed in metallic silver ink. Interestingly, it’s also probably one of the very first posters printed for this movie — Escape From New York has it’s world-wide premiere in Japan a full month before it was released in the US! 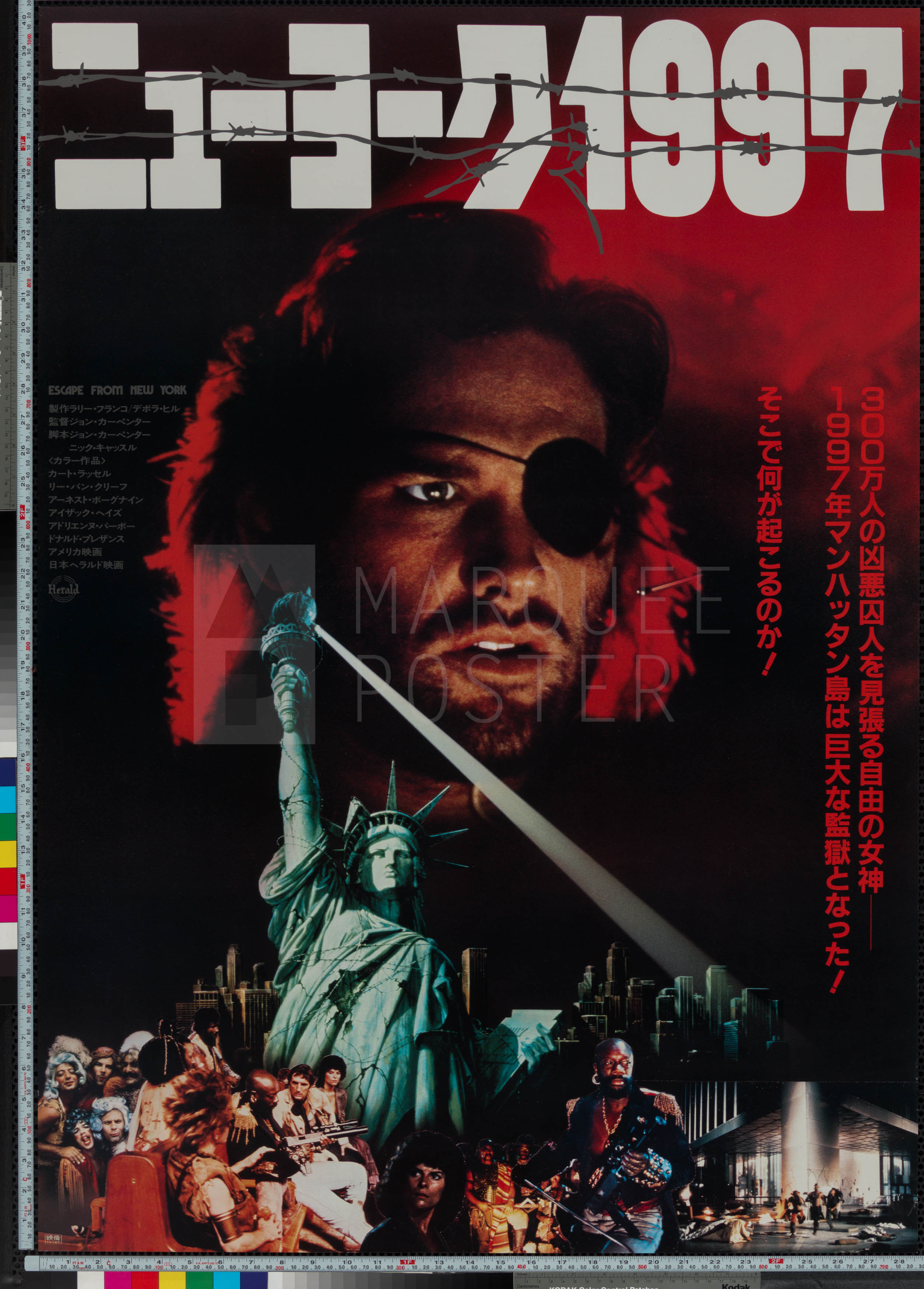 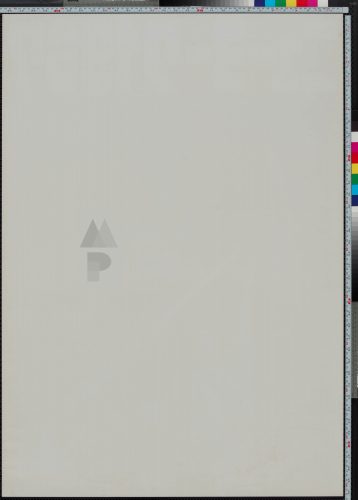