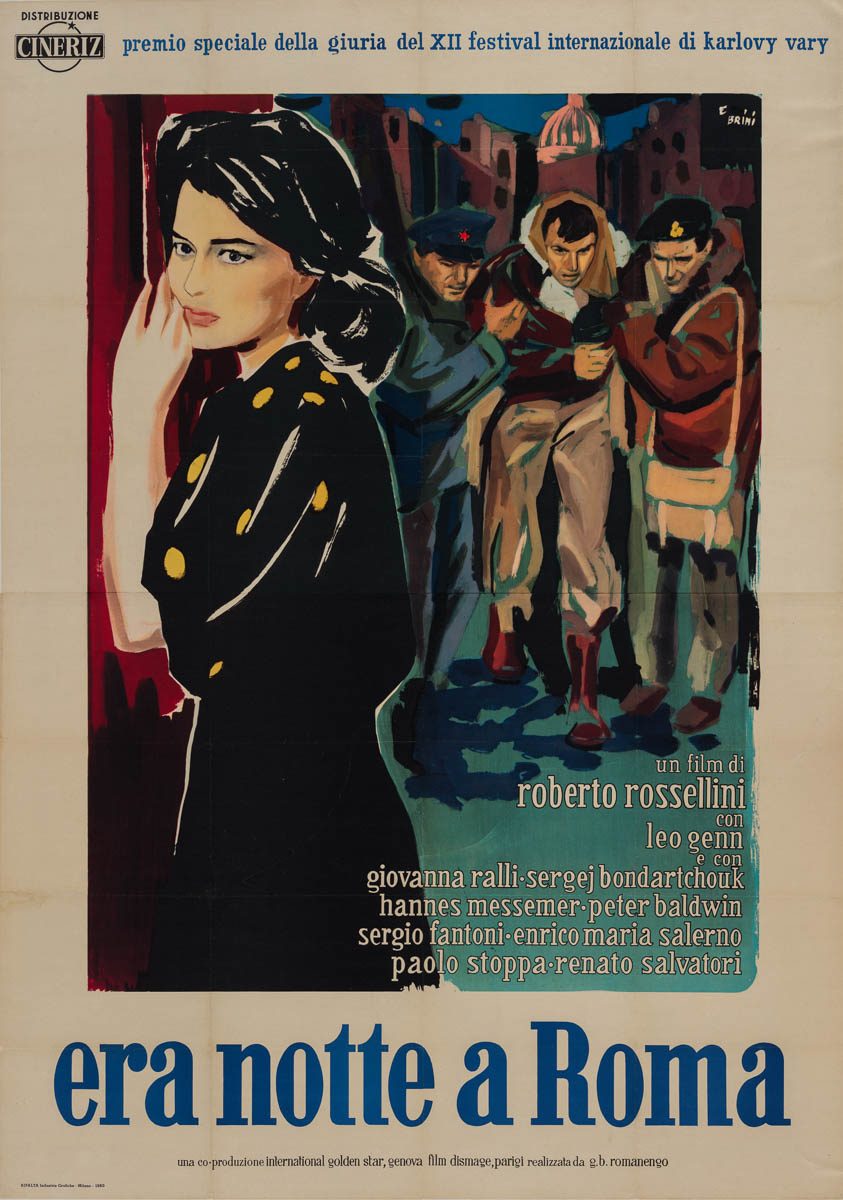 Film Plot: Three allied prisoners, a Russian, an American and an Englishman, attempt to escape with the help of a young couple from Rome.

Grade: C6  Fine. Folded, single-sided. Prior to linen-backing this was a theater used poster with only minimal handling/fold/edge wear, small paper loss at some crossfolds, some creases, tears, and tiny paper loss along a few of the fold lines, some small tears and paper loss at the left and right ends of the second from bottom horizontal fold (which extended into bottom of the credits), but was limited to the blank borders. Now appears very fine to near mint.


Roberto Rossellini is known as the father of neorealism in Italian cinema, mainly due to works like his masterpiece, Rome Open City, and other “resistance” films like Escape by Night. Like most neorealist films, Escape by Night is a very bleak film — part tragedy, part melodrama, part romance, and part suspense.

This gorgeous and massive poster is a wonderful tribute to the genre and to Rome, the eternal city that birthed it. It features wonderful art courtesy of master Italian poster artist, Ercole Brini. 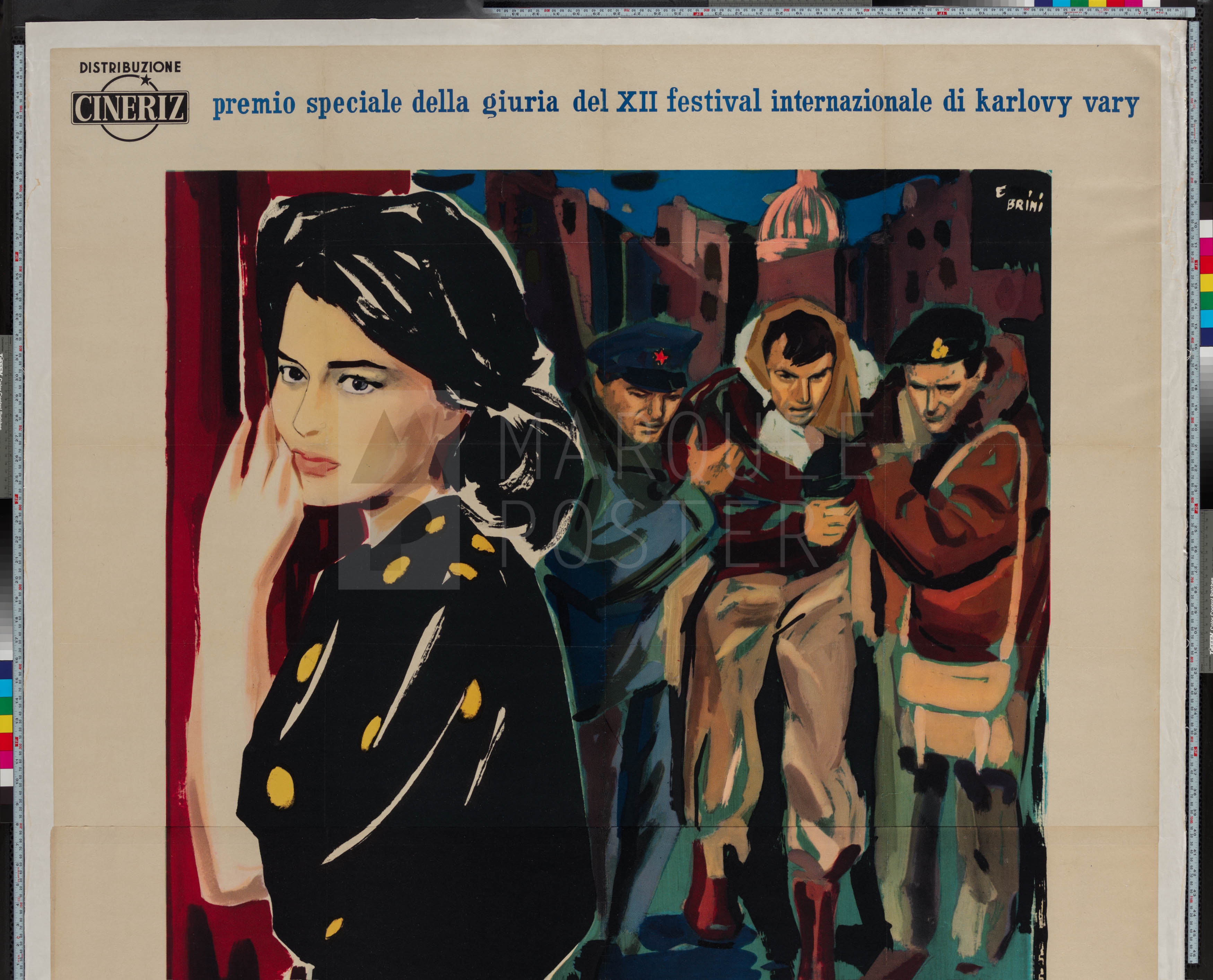 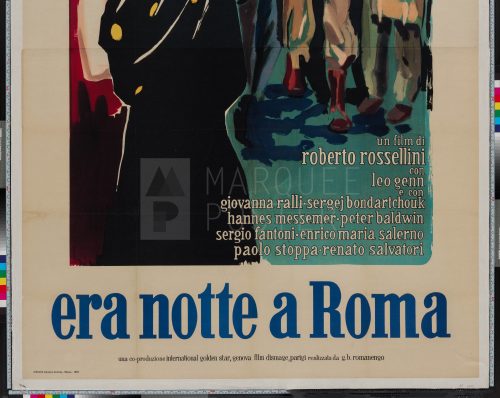