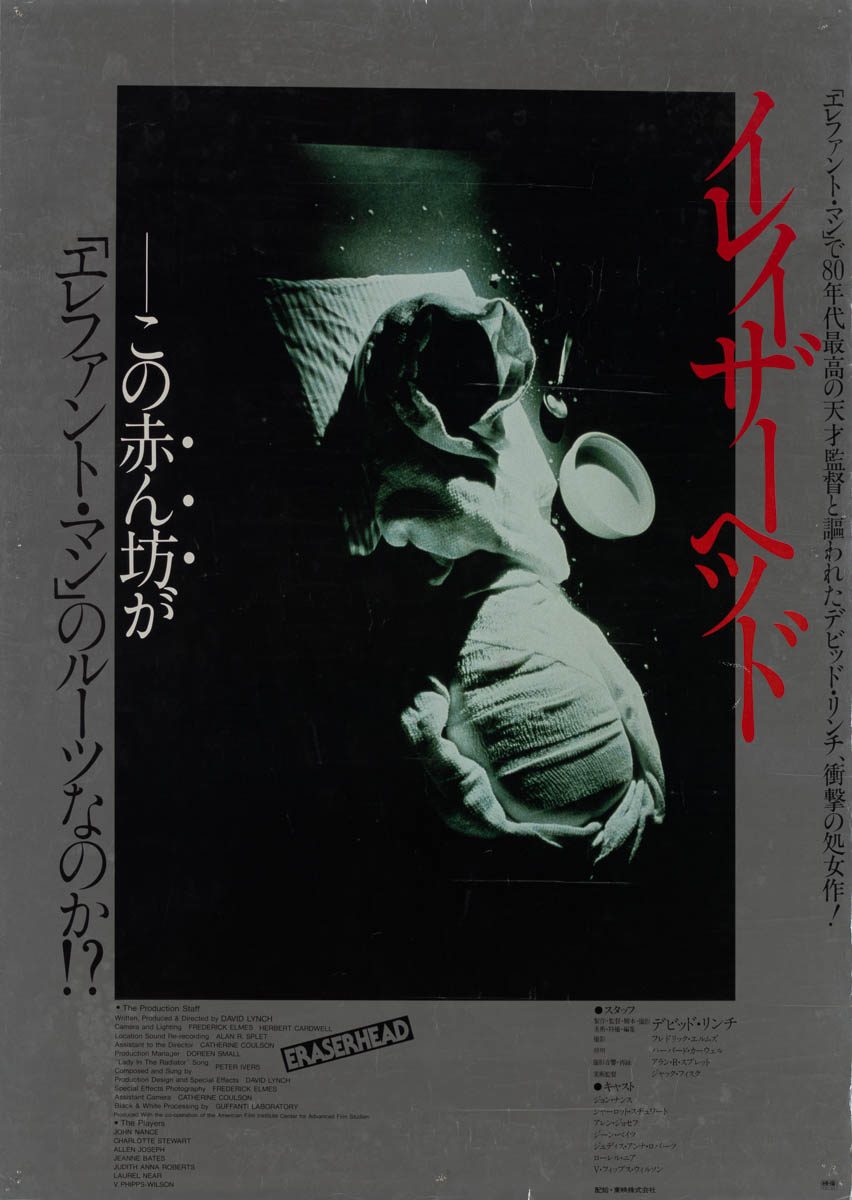 Film Plot: Henry Spencer tries to survive his industrial environment, his angry girlfriend, and the unbearable screams of his newly born mutant child.


Eraserhead was David Lynch’s first film — and who could have guessed it would be a surrealist biological psycho-sexual horror film? 🙂 Not surprisingly, critics hated it with Variety calling it unwatchable and “a sickening bad-taste exercise”. And while the opening was a bomb, Ben Barenholtz, head of distributor Libra Films International, persuaded the indy NYC theater Cinema Village to run the film as a midnight feature. It lasted a full year and other midnight residencies followed at New York’s Waverly Cinema (2 years!), San Francisco’s Roxie Theater (1 year, 1978-1979!), and Los Angeles’ Nuart Theatre (3 years, 1978-1981!). It has remained a cult horror classic ever since.

The film wasn’t released in Japan until 1981 making this a first release poster. It was printed on slightly reflective/metallic paper and is very rare in this larger B1 size. 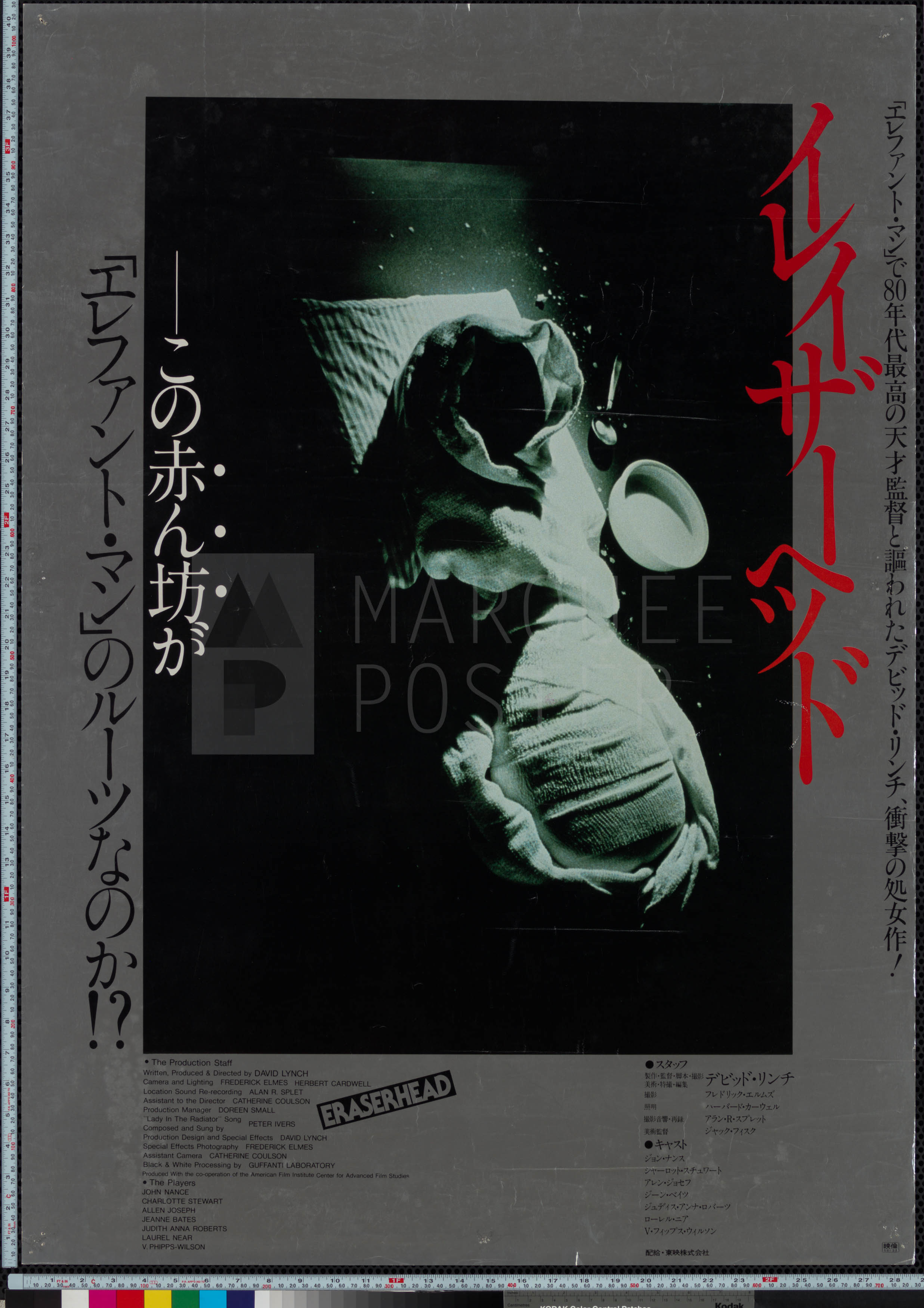 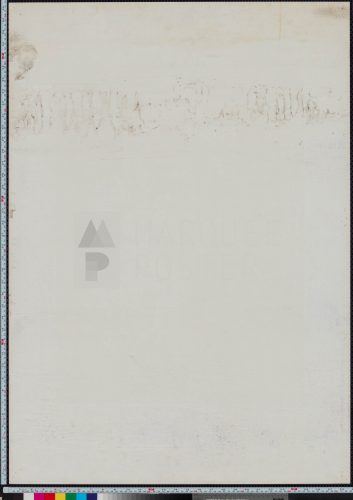