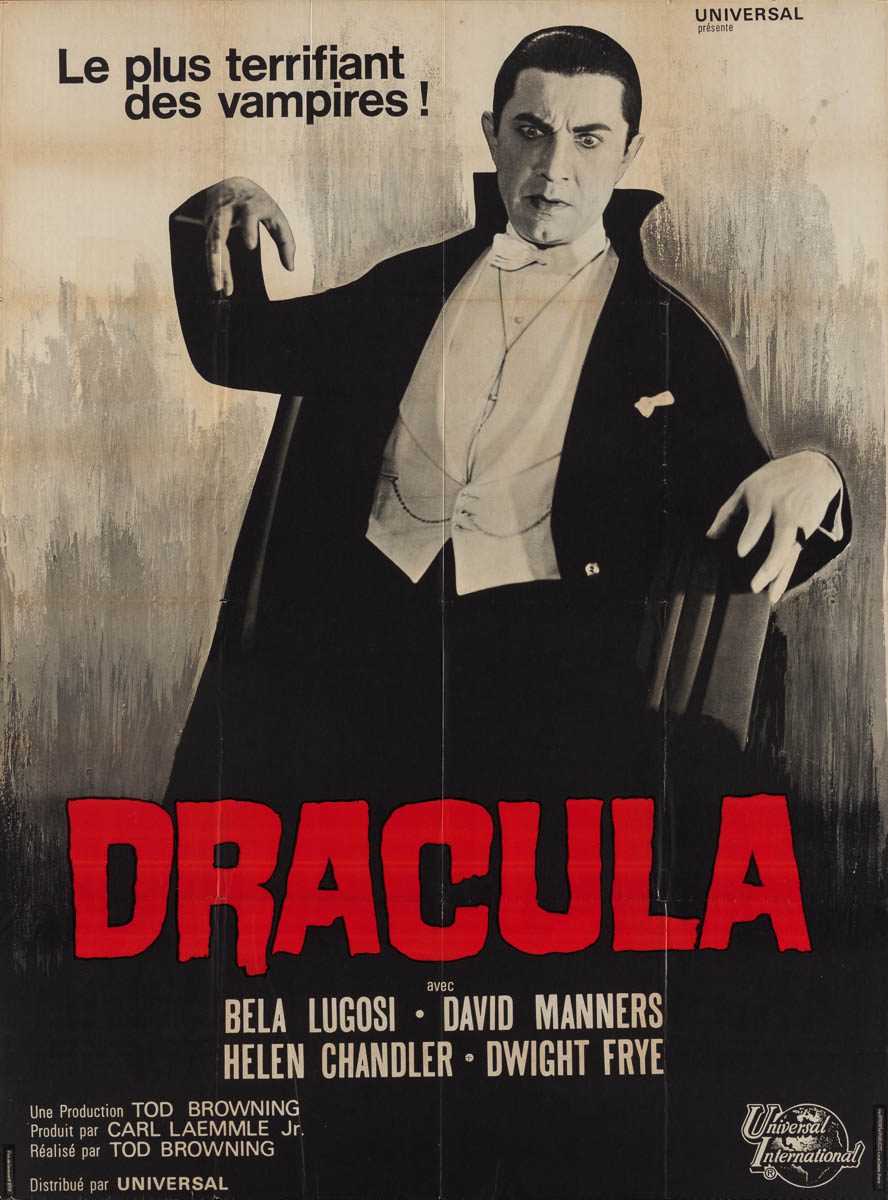 Film Plot: The ancient vampire Count Dracula arrives in England and begins to prey upon the virtuous young Mina.

Grade: C7  Fine to Very Fine. Folded, single-sided. Unused poster with minimal handling/edge/fold wear, would grade even higher if not for minor cross fold separation (common on these large French posters with so many folds), a slight extra fold and some minor acid-tanning.


The 1931 Dracula is perhaps the most famous horror film ever and the one that really kicked things off for Universal Film’s budding horror franchise. Dracula as a character was already hugely famous due to Bram Stoker’s gothic novel from 1897, but Bela Lugosi’s masterful portrayal as the Count would forever shape the vampire myth for future generations.

Original release posters are impossibly rare and incredibly expensive, which has driven up demand for nearly all the later re-release posters including this epic French 1-panel. This impressively large poster was made during the swinging sixties and is full of pop art goodness. The title font simply stunning and that shot of Lugosi would feel right at home alongside Andy Warhol’s “Myths” series. This is a very desirable poster for horror collectors who also appreciate a more modern graphic design. 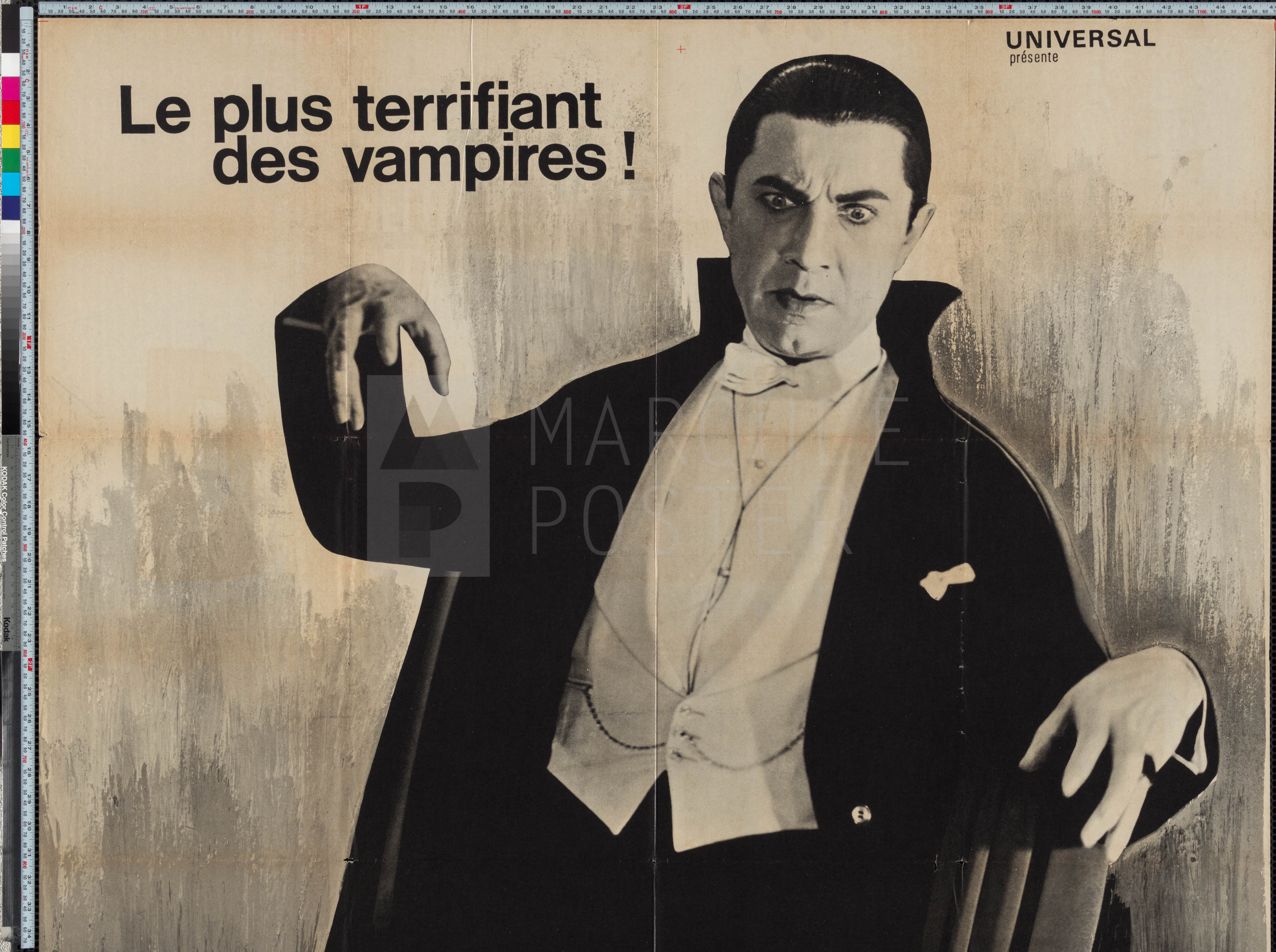 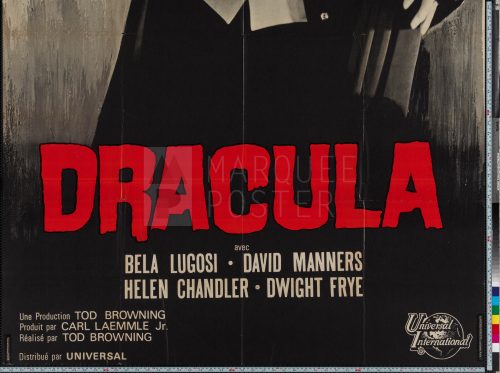 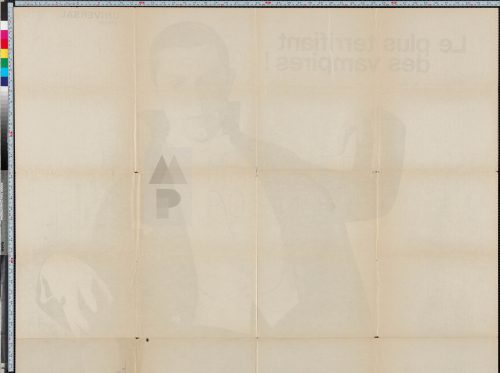 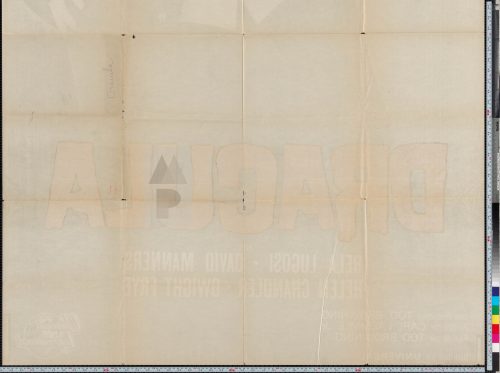