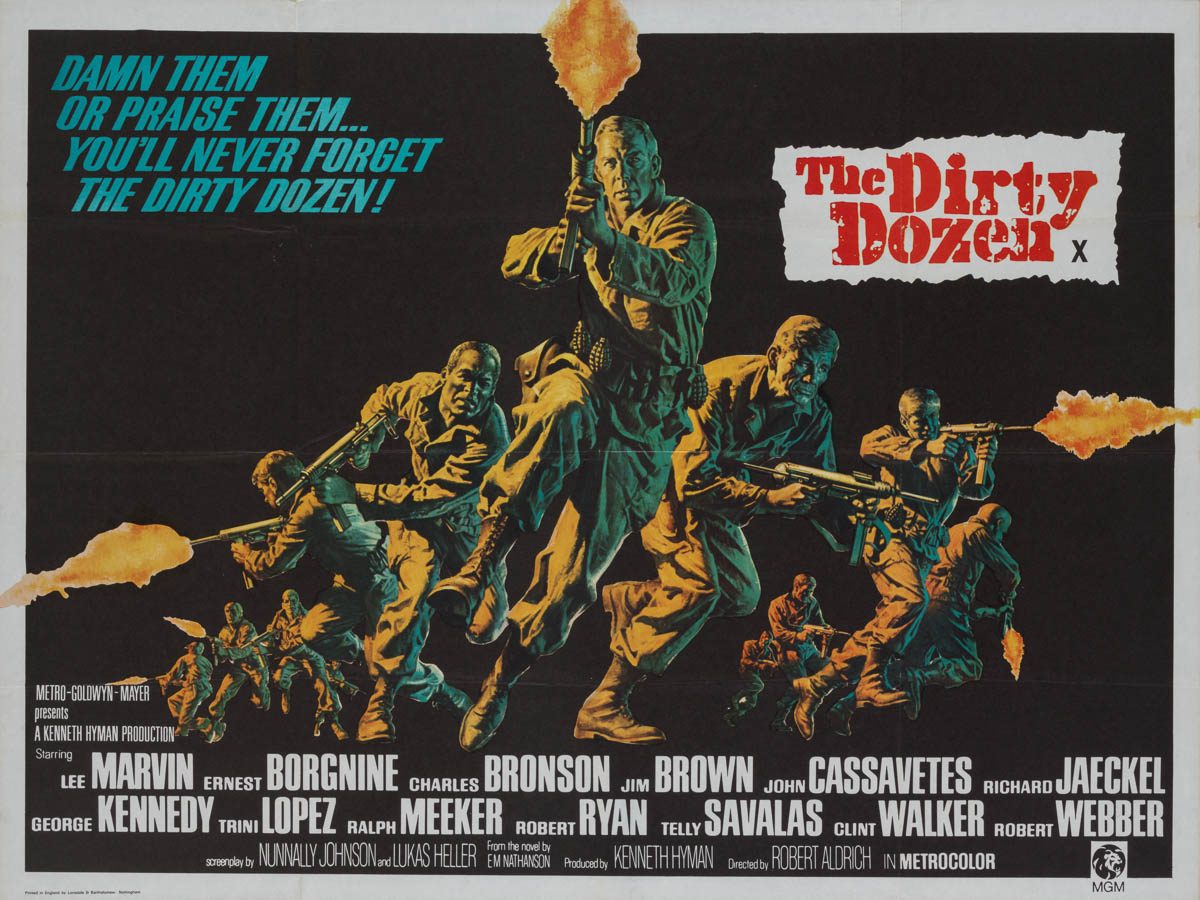 Film Plot: A US Army Major is assigned a dozen convicted murderers to train and lead them into a mass assassination mission of German officers in World War II.


How many films have you seen where the protagonist needs to assemble an elite team of specialists to take out the bad guys and save the day? Well, the Dirty Dozen is famous for turning that trope on its head! It starts out similarly with Lee Marvin–always at his best when playing a gritty antihero–assigned to lead an allied mission to take out the gathering of Nazi officers. However, the target is so far behind enemy lines that it’s deemed a suicide mission. Instead of assembling a crack group of experts, Lee Marvin gets his pic of military prisoners to find the hardest, nastiest, meanest sumbitches the Nazis ever saw! The Dirty Dozen was the studio picture, but it was bordering so close on exploitation that it’s not surprising the concept was stolen by numerous other films–perhaps most famously the original Inglorious Bastards (1978), as well as Tarantino’s loose remake, Inglourious Basterds (2009).

This UK quad poster has some of the best art for the film and is highly sought after by collectors. Beware of the 1970’s re-release quad that looks almost identical aside from the tagline being slightly lower on the poster. Don’t miss the rare opportunity to find a genuine first release in such nice condition! 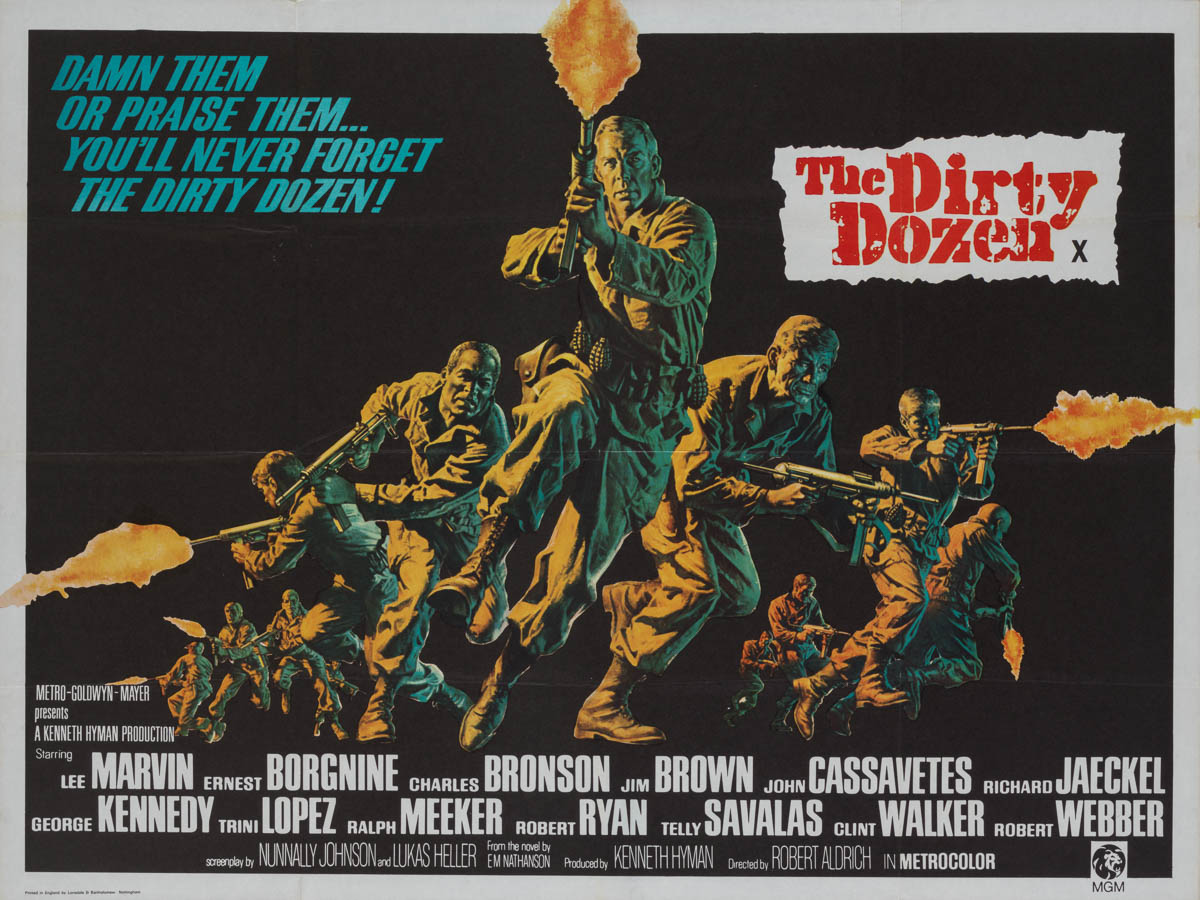 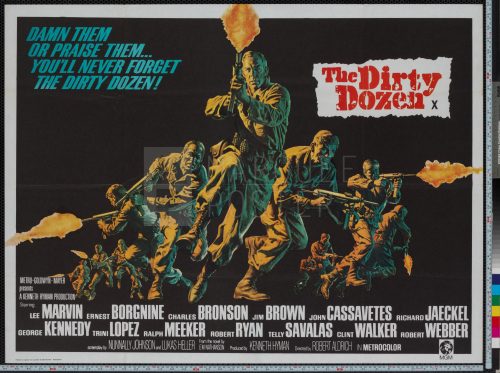 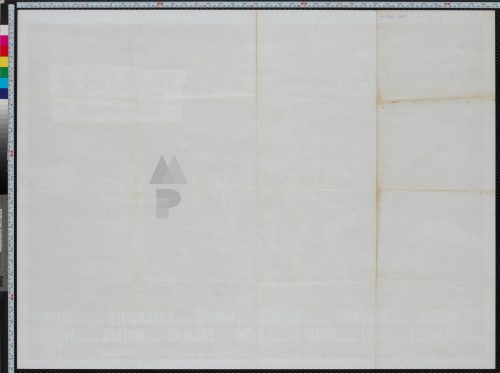