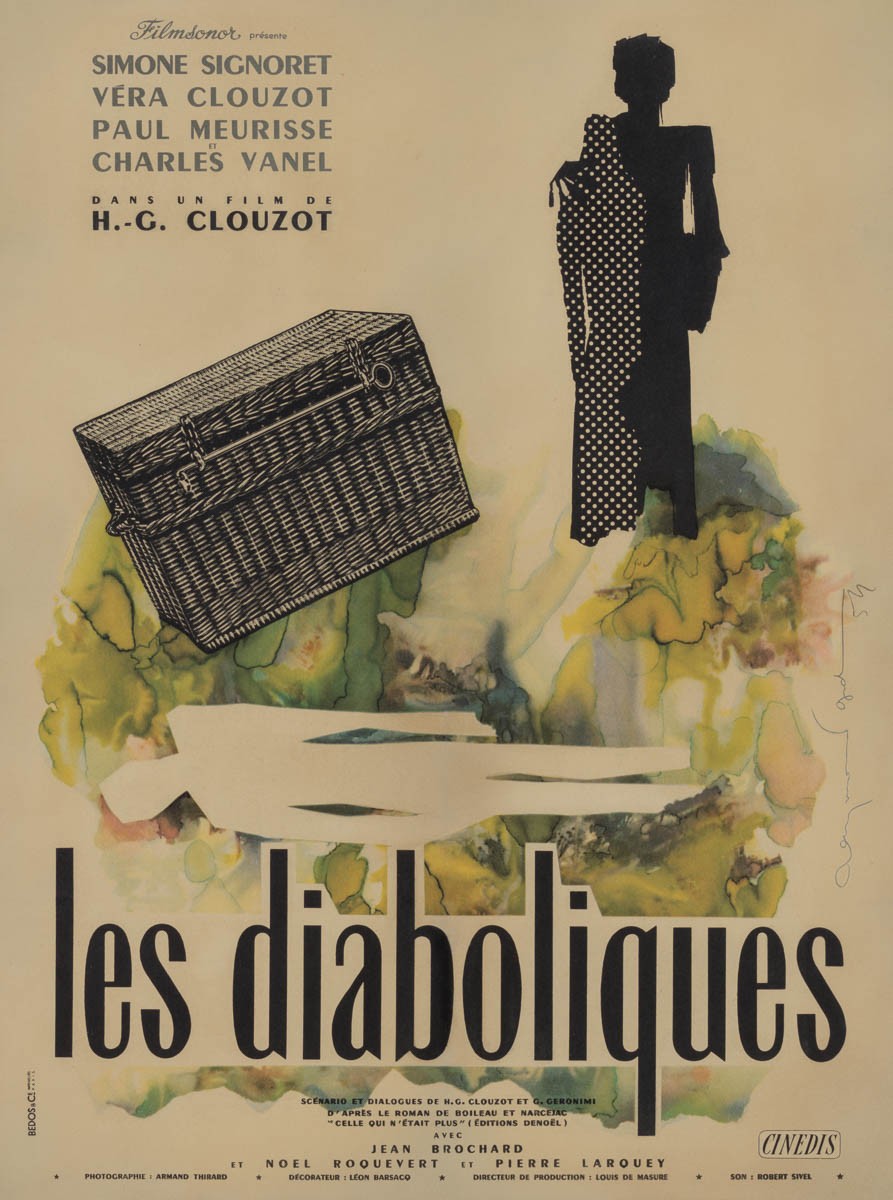 Film Plot: The wife of a cruel headmaster and his mistress conspire to kill him, but after the murder is committed, his body disappears, and strange events begin to plague the two women.

Grade: C5  Very Good to Fine. Folded, single-sided. Prior to linen backing the poster had moderate to heavy wear and tape around the edges. Expert restoration has addressed these flaws and the poster now appears very fine to near mint.


Fresh off the success of Wages of Fear, director Henri-Georges Clouzot quite famously optioned the screenplay rights to Diabolique before Alfred Hitchcock could secure them for himself. The filmed ended up a huge success and was one of the earliest film to transition from psychological thriller to straight horror. Hitchcock would eventually went on to make Psycho, but not without recognizing Diabolique as a major influence and stating that it was his all-time favorite horror film — quite an endorsement!

Original French release material is extremely rare and in high demand from cinephiles and early horror collectors alike. This French moyenne (the French term for A1 size posters) has a wonderful abstract design reflecting the murky nature of the crime at the center of the film. Equally gorgeous and scarce! 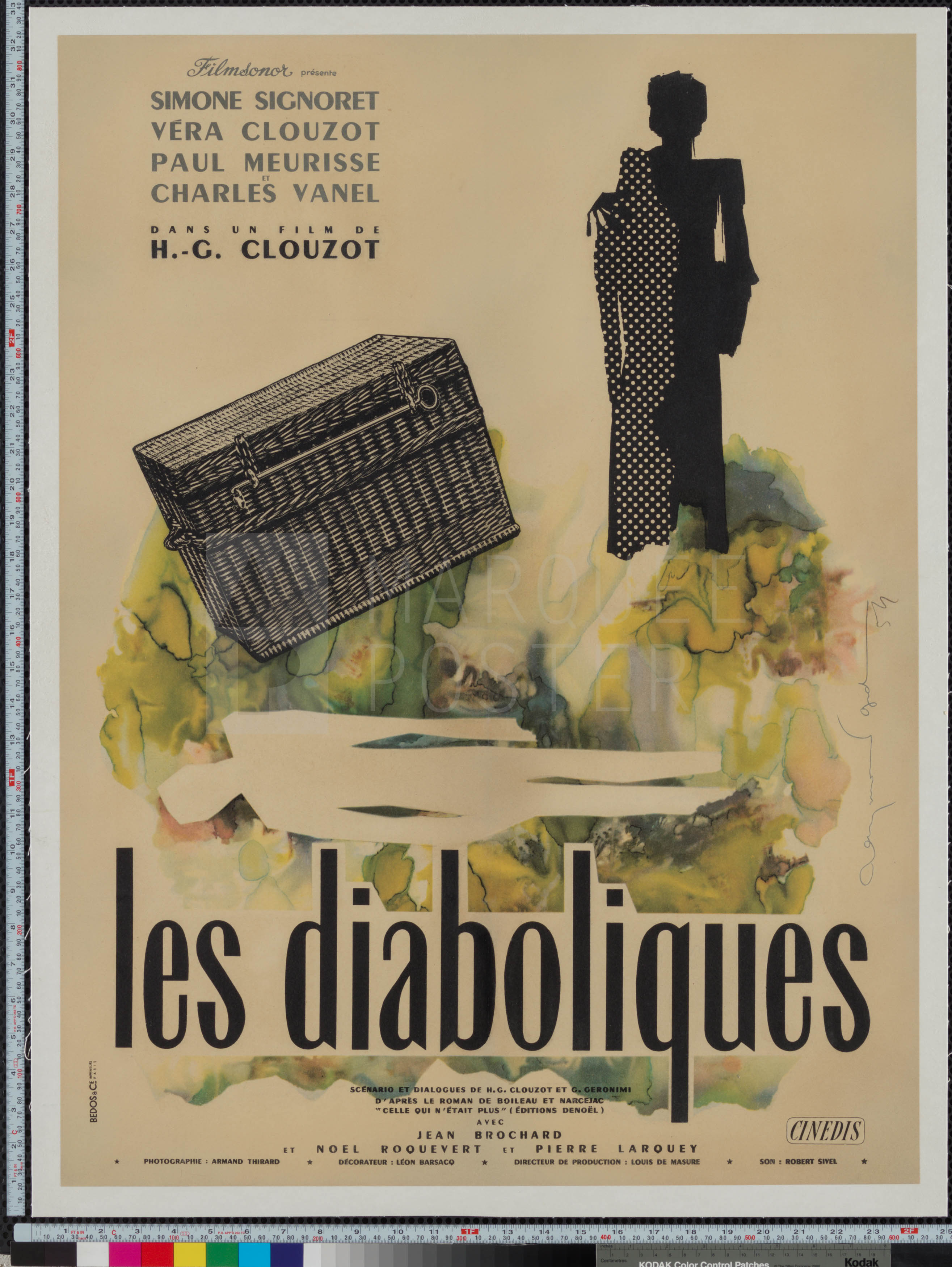