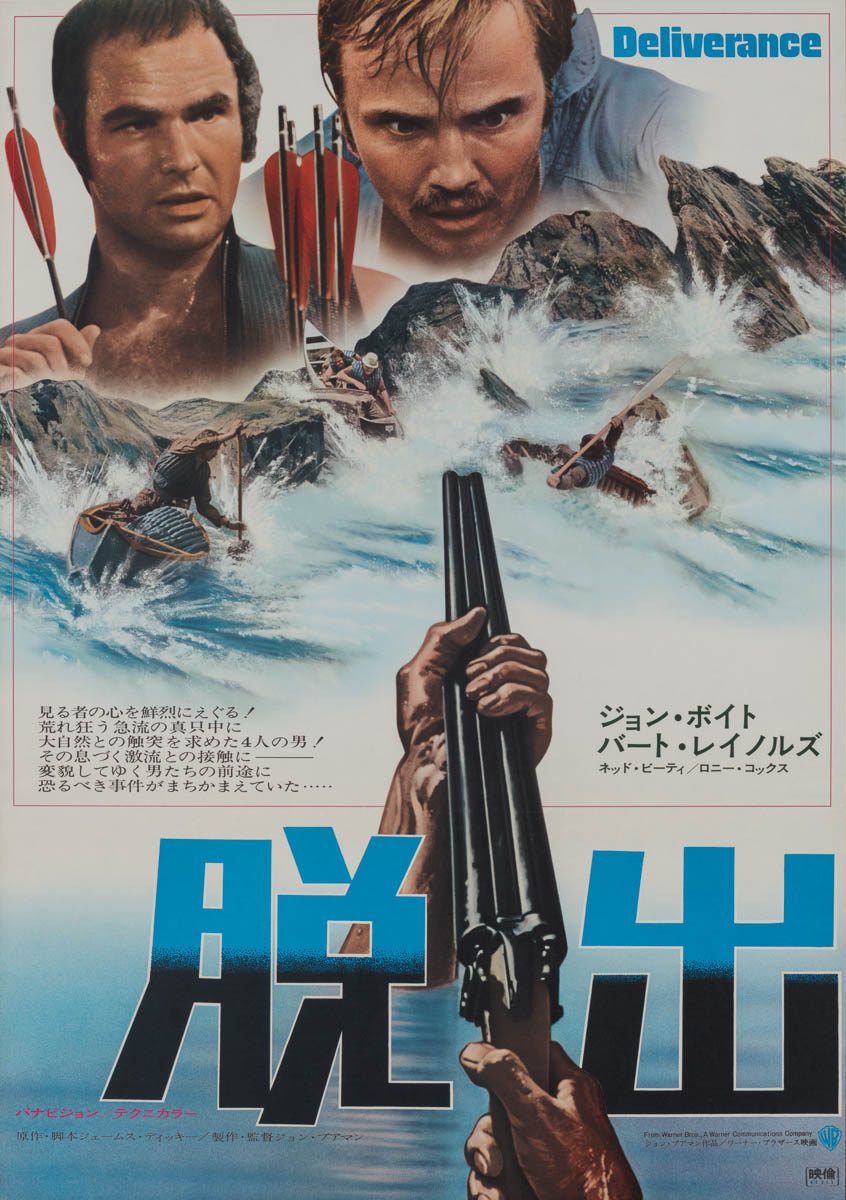 Film Plot: Intent on seeing the Cahulawassee River before it's turned into one huge lake, outdoor fanatic Lewis Medlock takes his friends on a river-rafting trip they'll never forget into the dangerous American back-country.


While not a traditional horror film, Deliverance is so shocking, terrifying and at times downright repulsive that it really doesn’t fit in any other genre. Based on a book by famous southern author James Dickey, Deliverance is a slowburn of a film that started innocently enough — 4 college buddies from Atlanta go into the remote backwoods of northern Georgia for a whitewater raft trip — but quickly descends into rape, murder, and worse. Definitely not for the squeamish, but if you can stomach it you’ll be richly rewarded by a film that won 3 oscars!

This Japanese poster includes design elements from several other countries including portraits of John Voight and Burt Reynolds, the white water scene, and a shotgun held by disembodied arms lurking in the depths — literally the menace just below the surface of their seemingly idyllic lives! 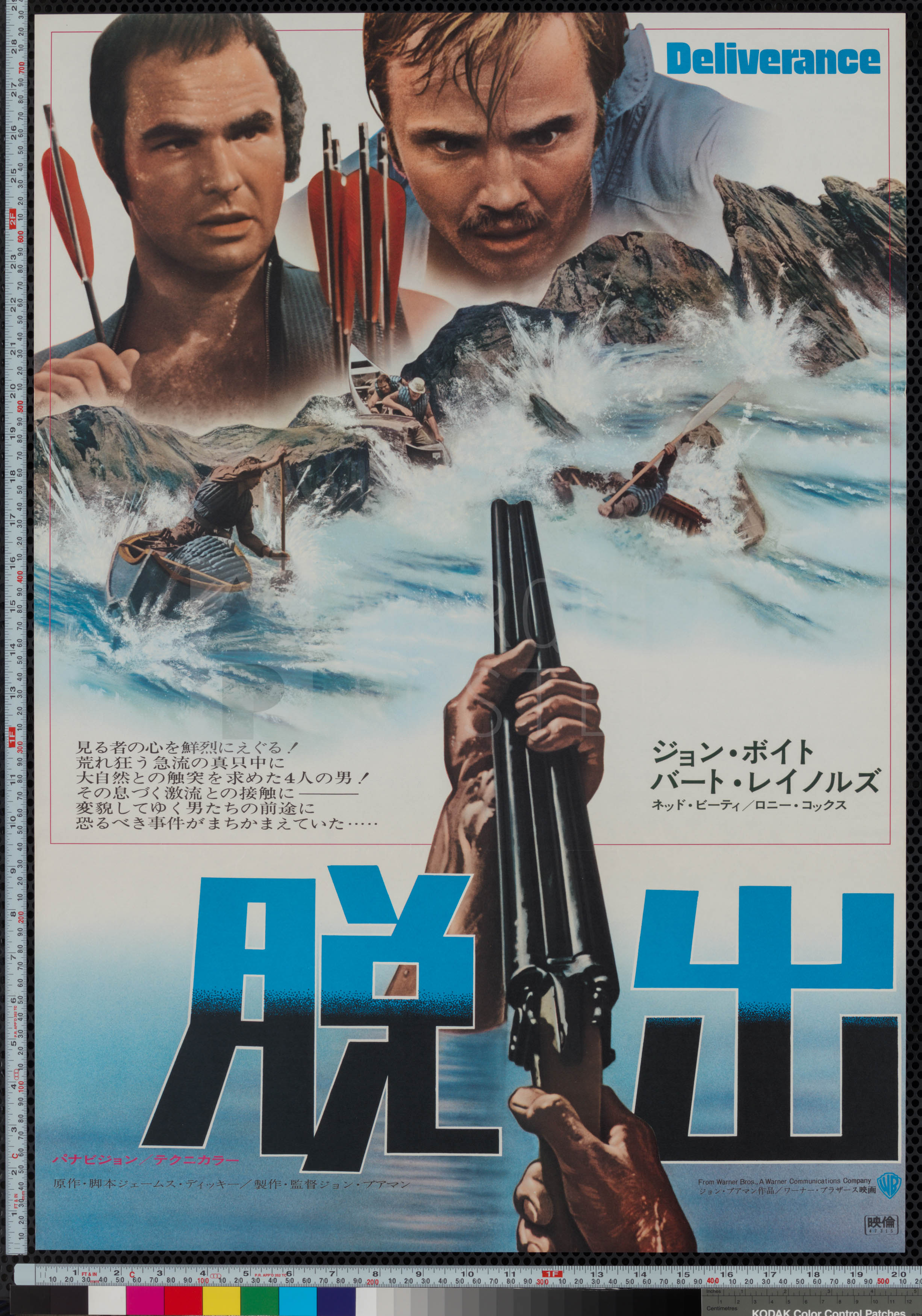 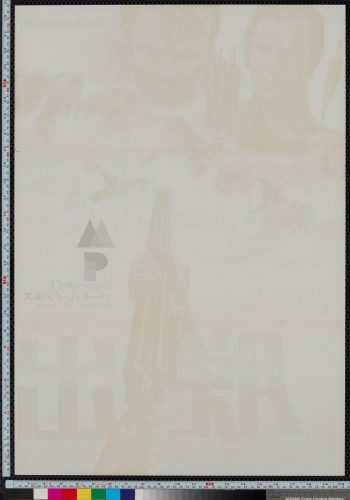