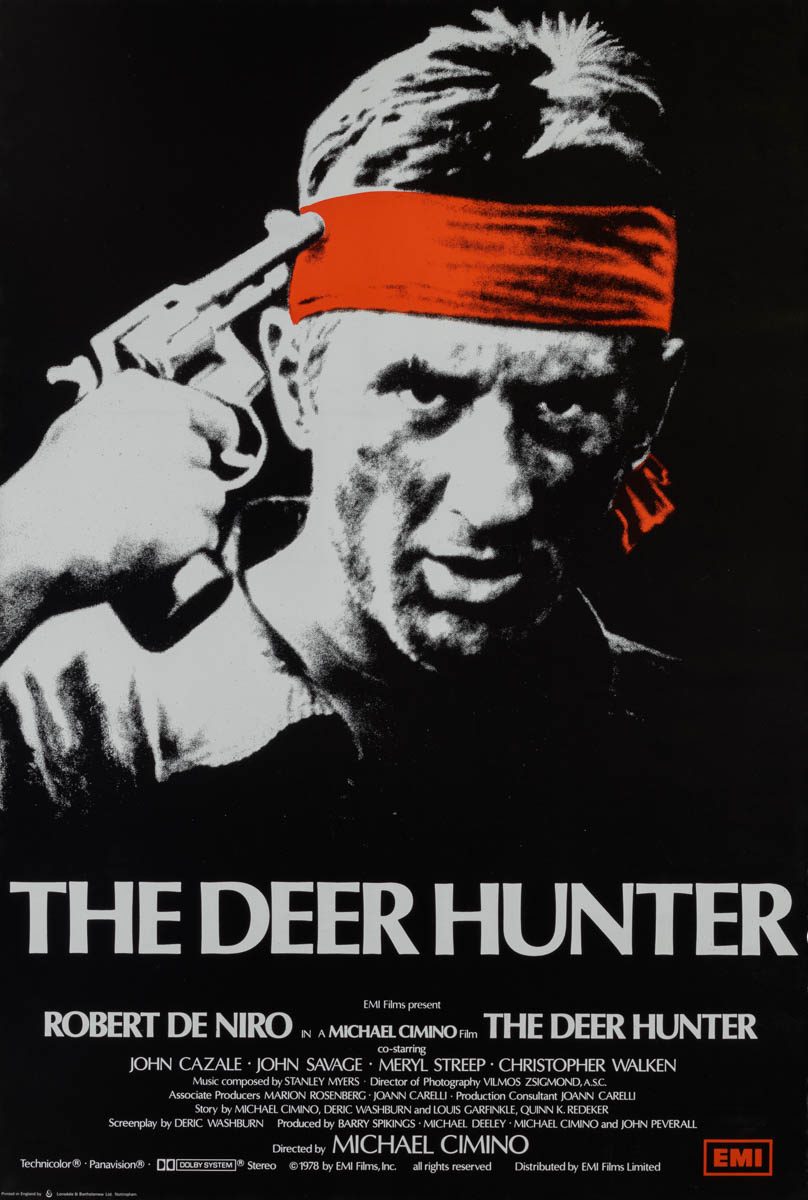 Film Plot: An in-depth examination of the ways in which the U.S. Vietnam war impacts and disrupts the lives of people in a small industrial town in Pennsylvania.

Grade: C8-C9  Very Fine to Near Mint. Rolled, single-sided. Unused, very minimal handling/surface wear, would grade even higher if not for slight edge wear on lower right side.


The Vietnam War had only ended 3 years before filming began on the Deer Hunter, making it one of the earliest films to tackle the conflict. The film follows a tight group of friends from Pittsburgh whose lives are torn apart during and after the war. The film was unflinching in it’s portrayal of violence and was heavily criticized for its graphic Russian roulette sequence. Despite the violence concerns, Michael Cimino’s masterpiece won 5 academy awards including best picture and best director, as well as best supporting actor for Christopher Walken. [Side note: It is also credited as the reason for one of the biggest travesty’s in Academy history–Kramer vs. Kramer’s defeat of Francis Ford Coppola’s Apocalypse Now at the 1979 Academy Awards. It is thought that Academy voters did not want two consecutive wins for Vietnam films.]

This highly controversial English 1-sheet poster (27×40″) depicting the Russian roulette scene was recalled for being too violent. However, because this poster was printed for English-speaking, international markets around the world and the posters had already been distributed, instead of being recalled most were simply destroyed instead of being actually returned. Luckily, a few survived, including this unused copy in near perfect condition. You’ll be hard-pressed to find a nicer one! 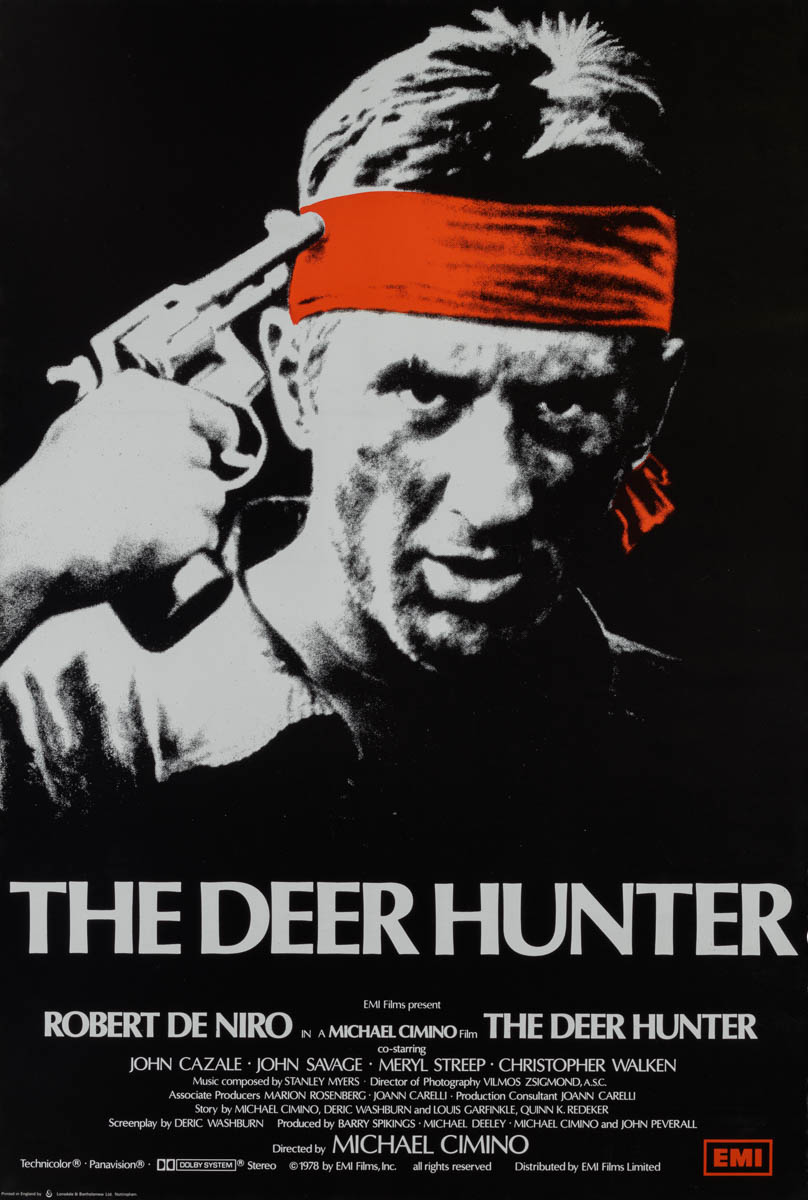 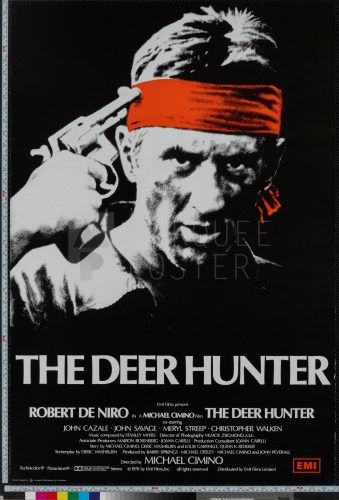 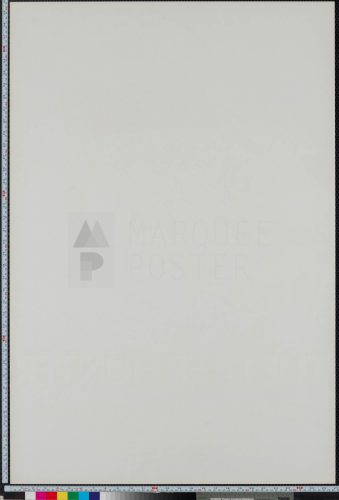