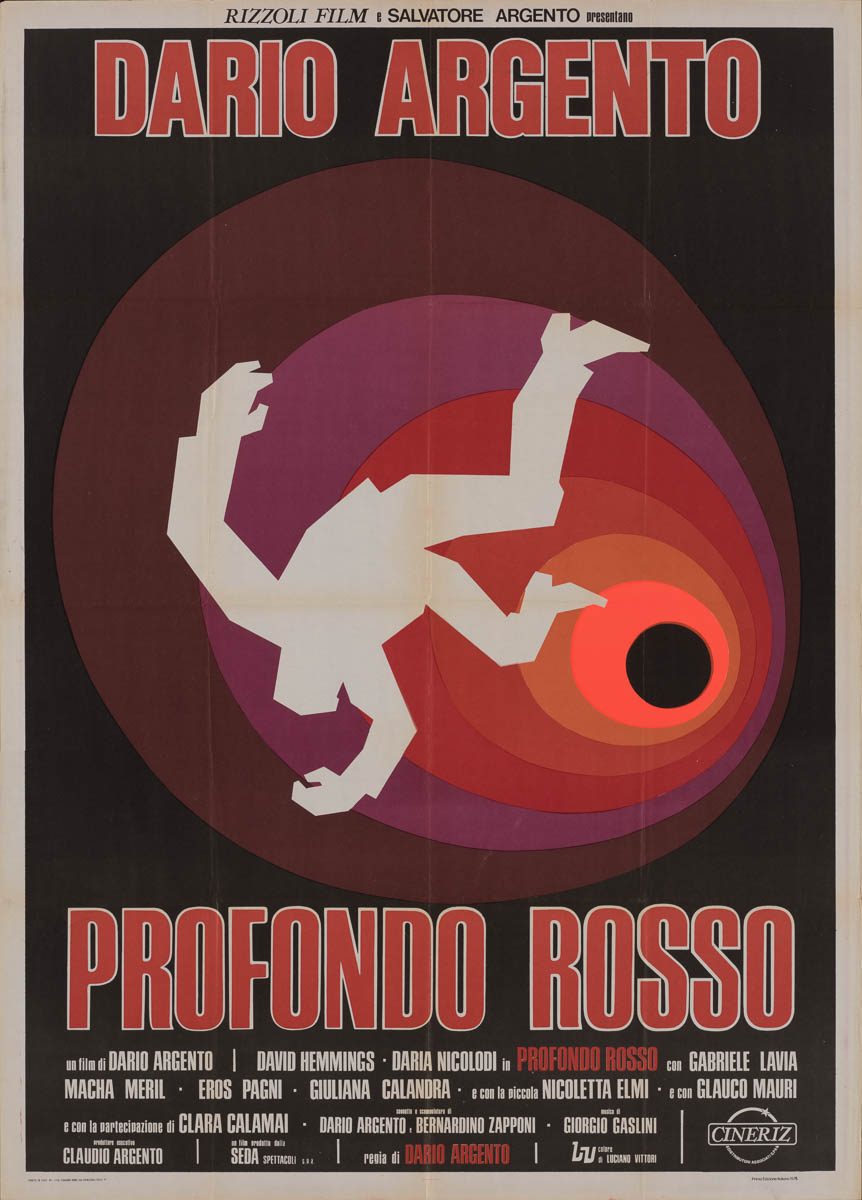 Film Plot: After witnessing the murder of a famous psychic, a musician teams up with a feisty reporter to find the killer while evading attempts on their lives by the unseen assailant bent on keeping a dark secret buried.

Grade: C7-C8  Fine to Very Fine. Folded, single-sided. Unused poster with only very minor fold/handling/storage wear, an extra fold and some very slight tanning are all that hold this poster back from a higher grade. Center pink circle printed with day-glo inks.


Profondo Rosso was giallo-auteur Dario Argento’s biggest success to date and allowed him to pursue what would be his masterpiece 2 years later — Suspiria. The film also starred David Hemmings, who both brought a big name to the production, but also played a character with direct parallels to his famous photographer character in Antonioni’s Blow-Up. Both characters are professionals who inadvertently witness murders. And while Dario Argento’s subjects and stories varied wildly through his career, his outstanding visual style created a common thread in this work and it’s on full display in Deep Red.

This country-of-origin Italian poster has amazing Vertigo-inspired art. The center circle is printed in day-glo inks giving it a nice pop in person as well! 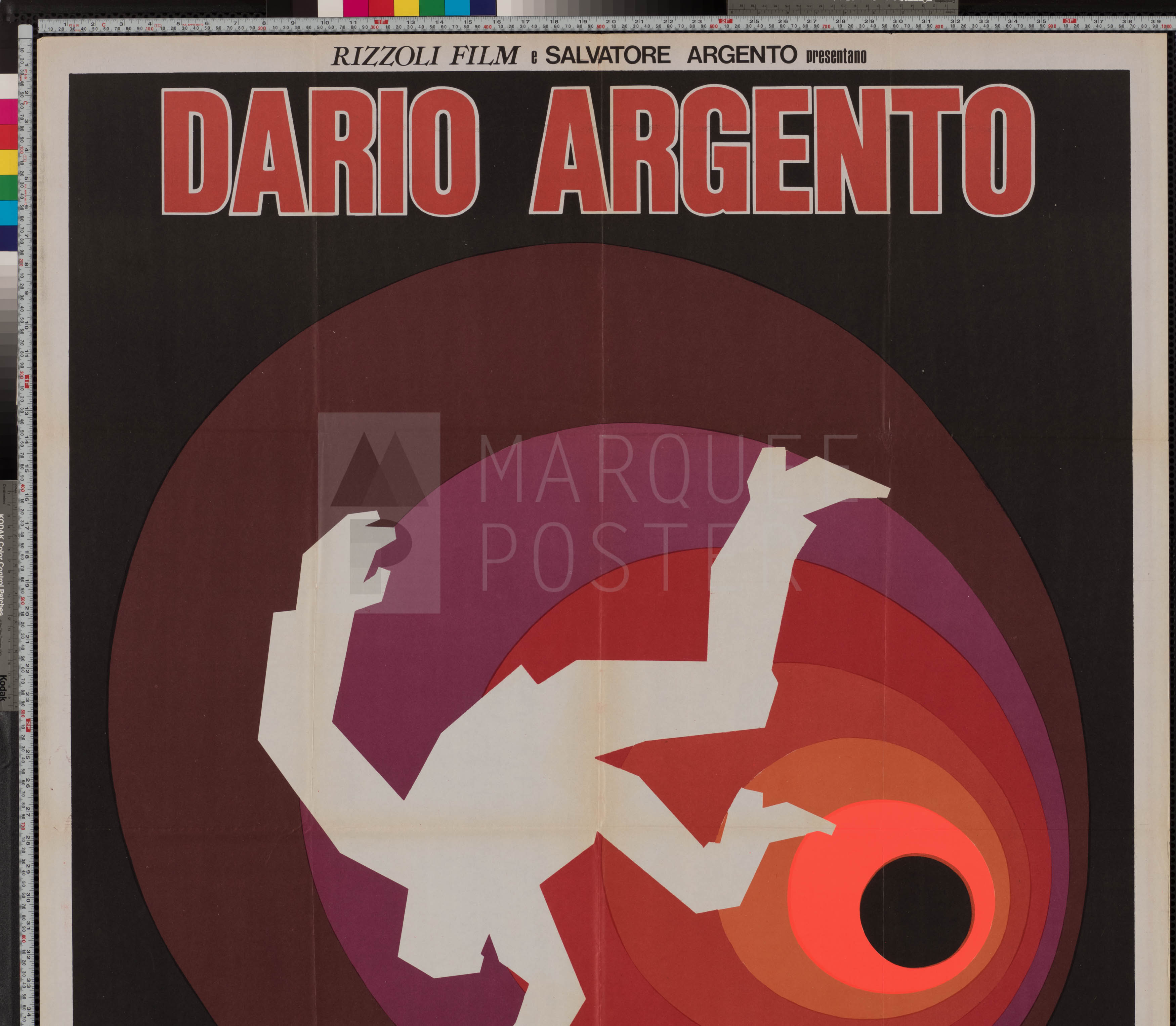 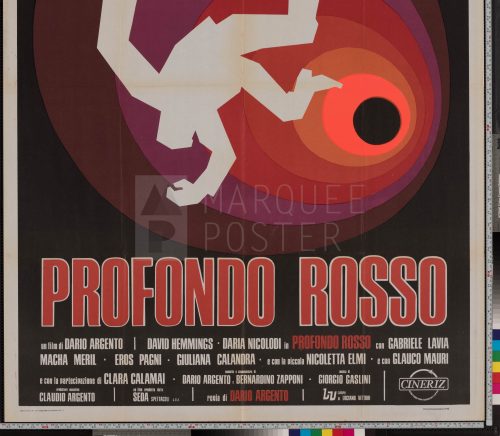 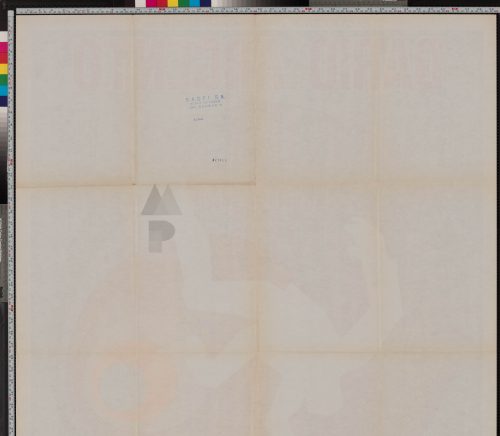 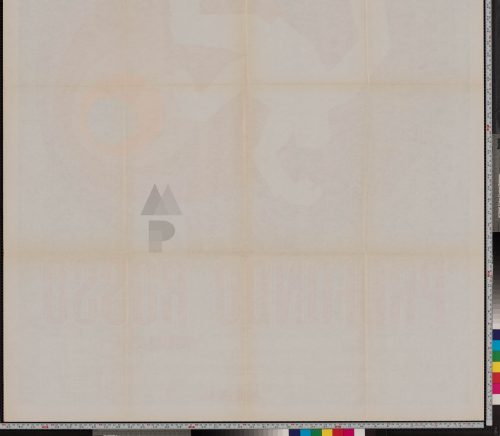