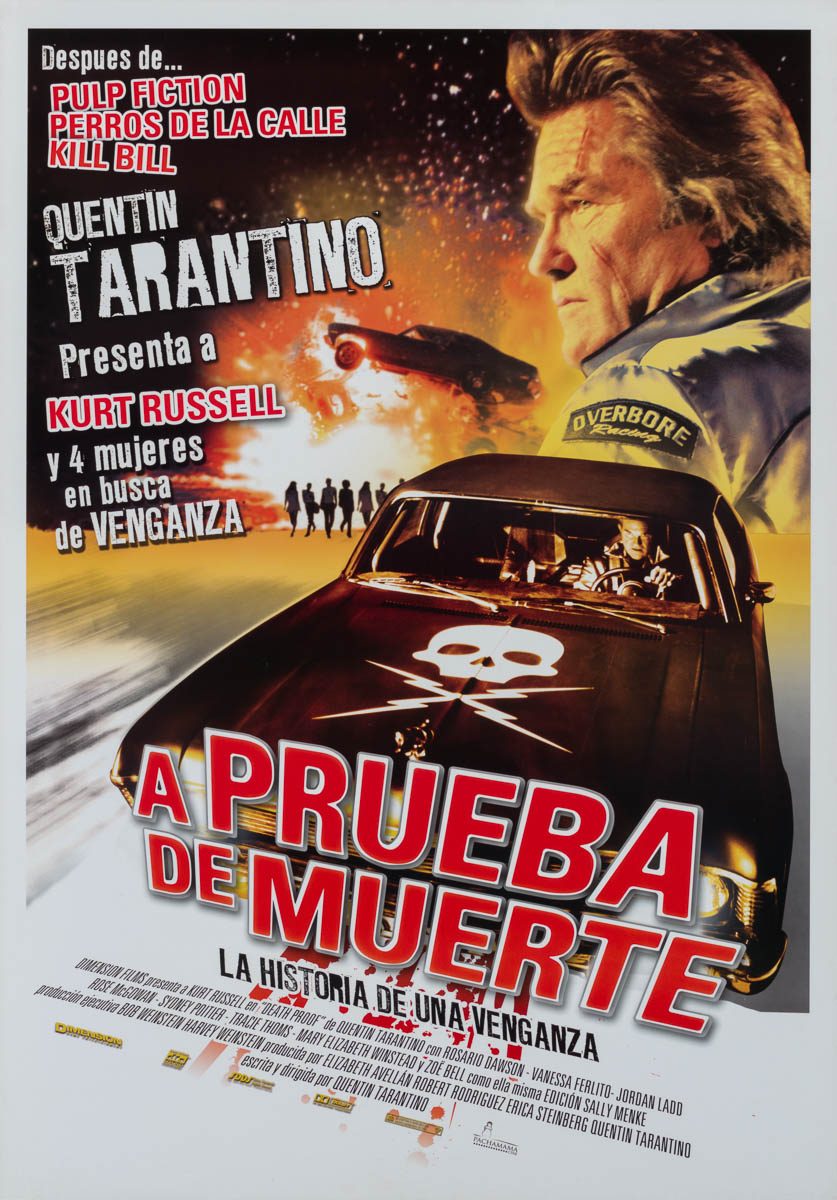 Film Plot: Two separate sets of voluptuous women are stalked at different times by a scarred stuntman who uses his


Grindhouse was a double-bill schlockfest from Quentin Tarantino and Robert Rodriguez. Both were big fans of the exploitation genre tried to recapture that glory of those late 60s/early 70s films. Robert Rodriguez’s entry was Planet Terror (about biological weapon-induced zombies) and Tarantino’s was Death Proof (Stuntman Mike and his killer car). They two were even separated by a handful of over-the-top trailers for other fictional grindhouse films — most notable was Machete starring Danny Trejo, which was later turned into it’s own actual feature. Ultimately Grindhouse was a commercial failure dud, but like many grindhouse films of yore, in time it developed its own cult following. Grindhouse was split into two separate films when it was released overseas. Both are quite fun, but many would agree that Death Proof — which follows the exploits of Stuntman Mike as he attempts to lure unsuspecting women for a ride in his “death proof” car — was the more nuanced film. As with all Tarantino films, Death Proof is filled with references to other influential films including some wonderful muscle cars like a 1970 Dodge Challenger (see Vanishing Point), a 1971 Chevrolet Nova (with license plate “JJZ 109” from Steve McQueen’s Bullitt, and the rubber duck hood ornament from Peckinpah’s Convoy), a 1969 Dodge Charger (same vehicle and license plate “938 DAN” from Peter Fonda’s Dirty Mary, Crazy Larry and of course the Dukes of Hazzard’s General Lee) and a 1972 Mustang (likely an homage to the 1973 Mustang Mach 1 named “Eleanor” from the original Gone in Sixty Seconds — it also has a “BRAND X” license plate referencing the obscure 1969 counterculture sketch film from pop artist Wynn Chamberlain). Clearly there is more than meets the eye in this rich film! This rare Argentinian 1-sheet features probably the best art for the film. 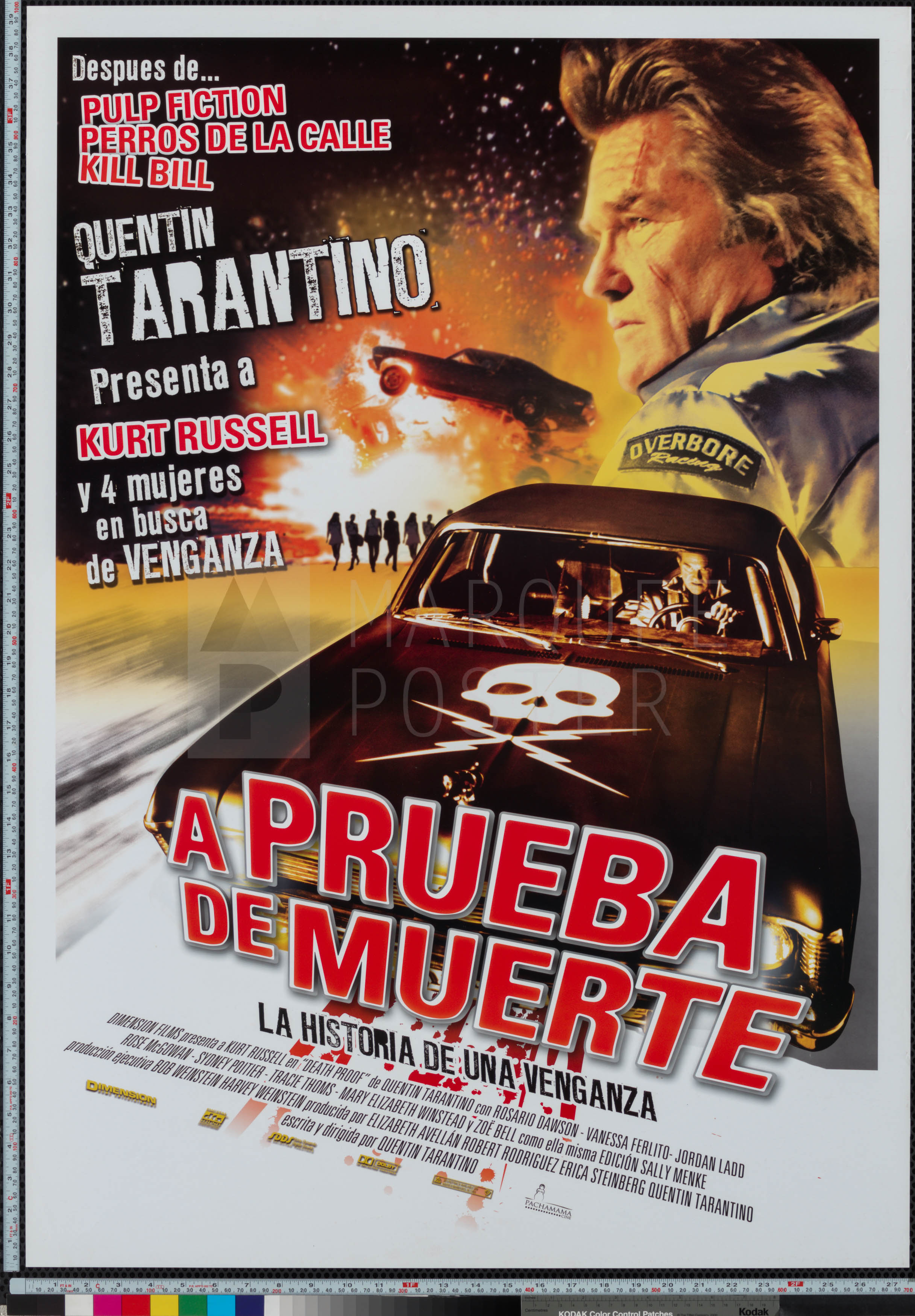 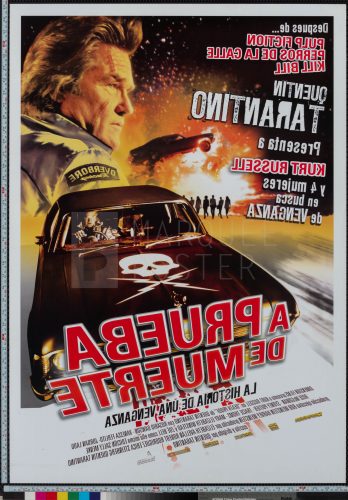