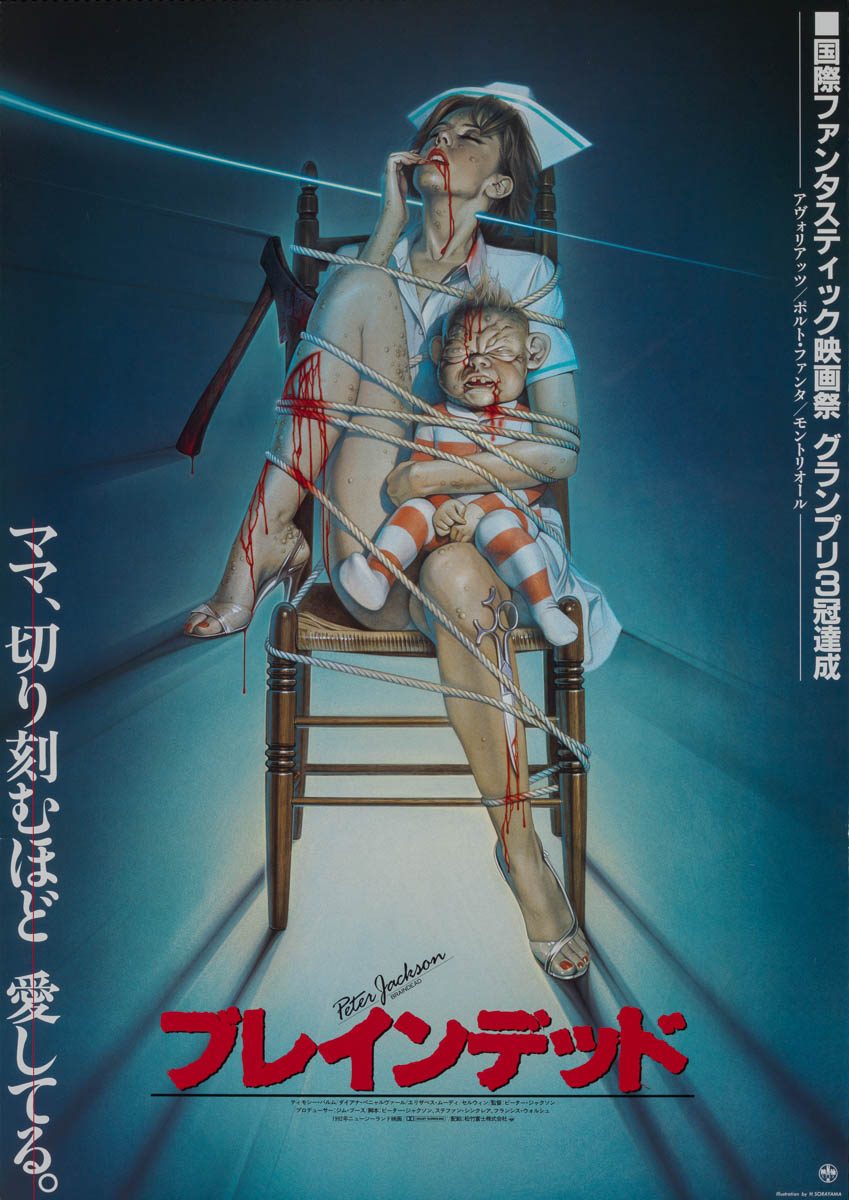 Film Plot: A young man's mother is bitten by a Sumatran rat-monkey. She gets sick and dies, at which time she comes back to life, killing and eating dogs, nurses, friends, and neighbors.


Braindead (also known as Dead Alive in the US) is a splatterfest of a film from Peter Jackson! In fact, after the numerous gross-out gags in Braindead — lawnmower zombie massacre and all — I’m still dumbfounded how the studios ever thought, “hey, let’s give this Peter Jackson guy hundreds of millions of dollars to make the Lord of the Rings trilogy!” 🙂

This Japanese poster has some of the most incredible art for the film. While no poster could fully encompass the awesomeness of this movie, the zombie baby is a very big part of the film and it’s rendered amazingly by famed “superrealist” illustrator Hajime Sorayama. 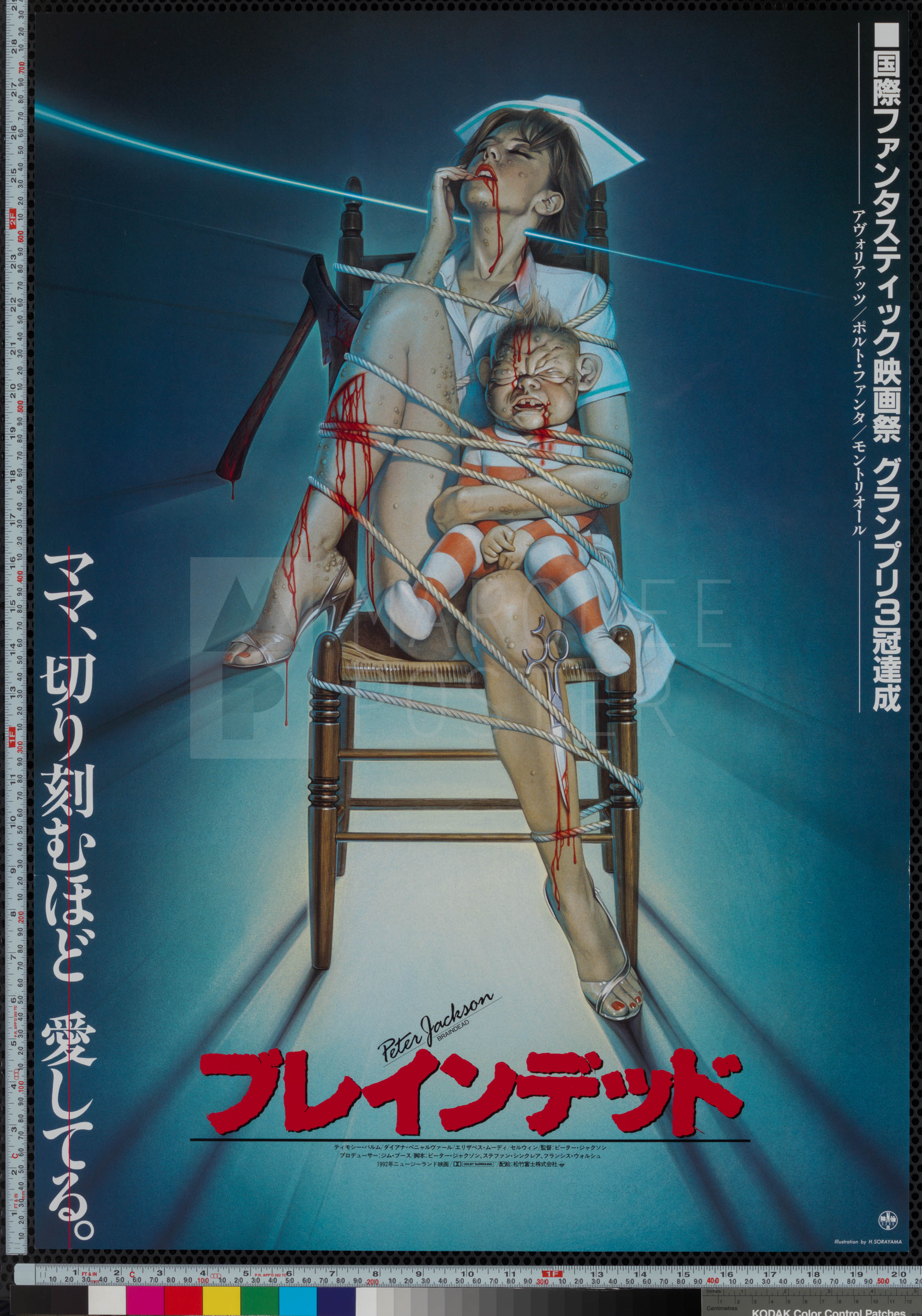 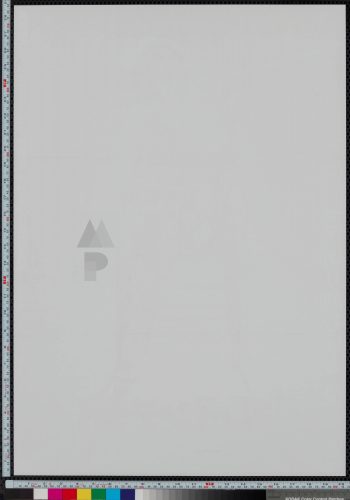