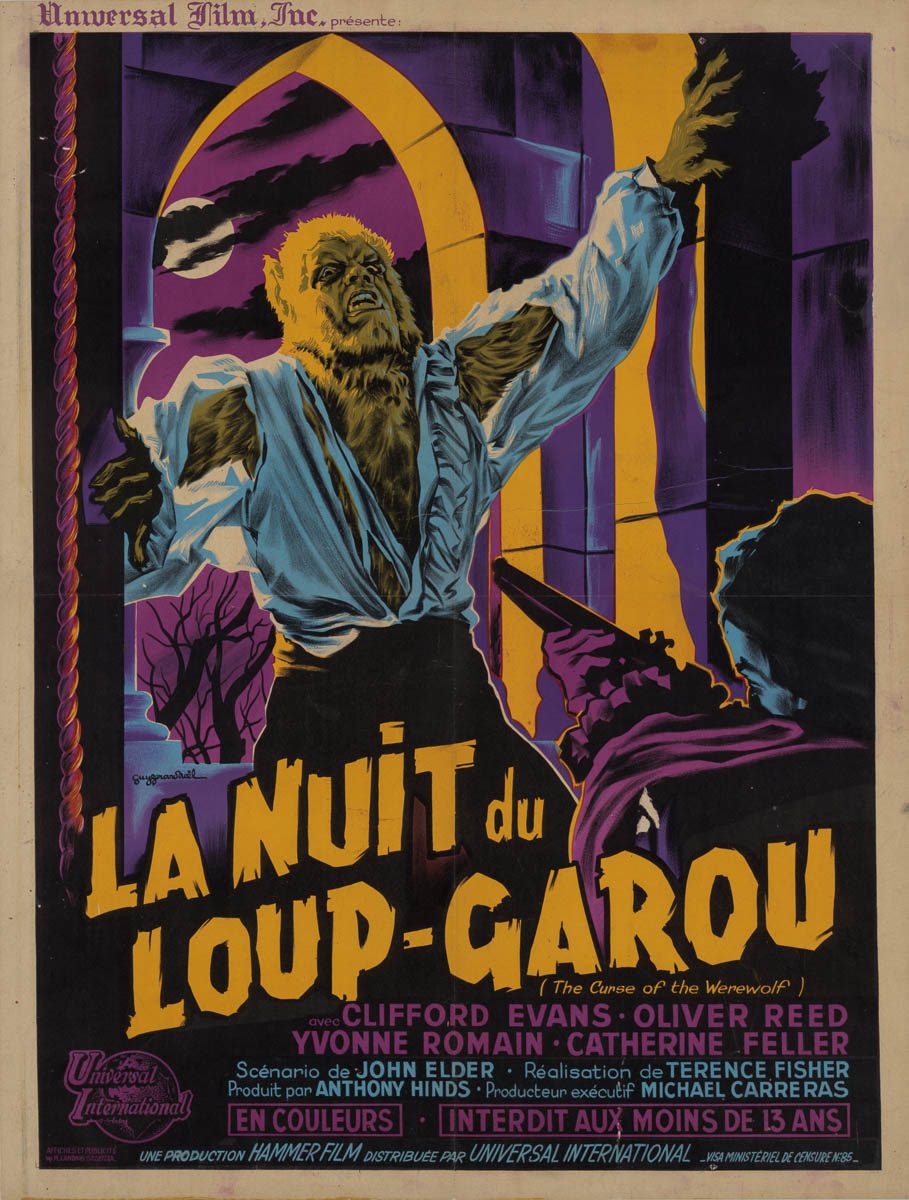 Curse of the Werewolf

English title: Curse of the Werewolf

Film title: Curse of the Werewolf

Film Plot: In 18th Century Spain, an adopted boy becomes a werewolf and terrorizes the inhabitants of his town.

Grade: C6  Fine. Folded, single-sided. Prior to linen backing this was a theater used poster with moderate handling/surface/fold wear. Sometime after it was linen-backed it was roughly handled resulting in new damage that is still visible including some surface abrasions with ink loss (near the top of the rope on the left side, in the bottom credits, and above the R in Garou), some creases with an especially large horizontal crease just above the center fold line and a deeper crease on the upper right edge, some scattered moisture staining especially on the left side, and general wear and soiling from careless handling. The poster is perfectly presentable as is, however, it would also benefit from being re-backed in the future.


Despite Hammer Films making countless Dracula and Frankenstein films and sequels, they only ever made one werewolf film — The Curse of the Werewolf (1961). It was intended to be based on a novel The Werewolf of Paris and have a quite modest (read: small) Hammer budget. However, the story was adjusted to take advantage of a canceled Spanish inquisition film and it ended up with an epic Madrid set and surprisingly high production values!

This incredible design is courtesy of Guy-Gérard Noël, who did most of the French posters for Hammer films. The bold color palette and rich inks are outstanding to see in person! 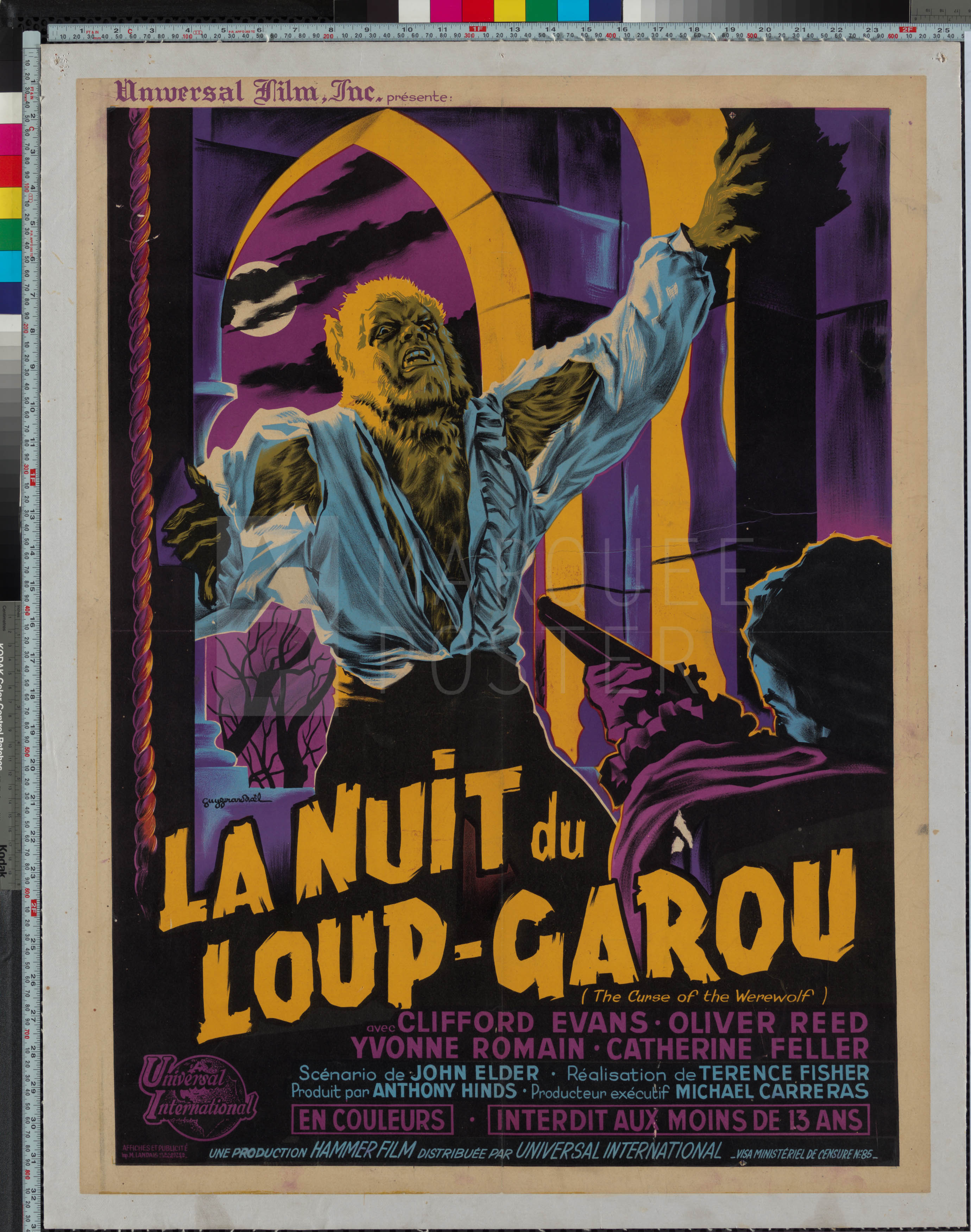