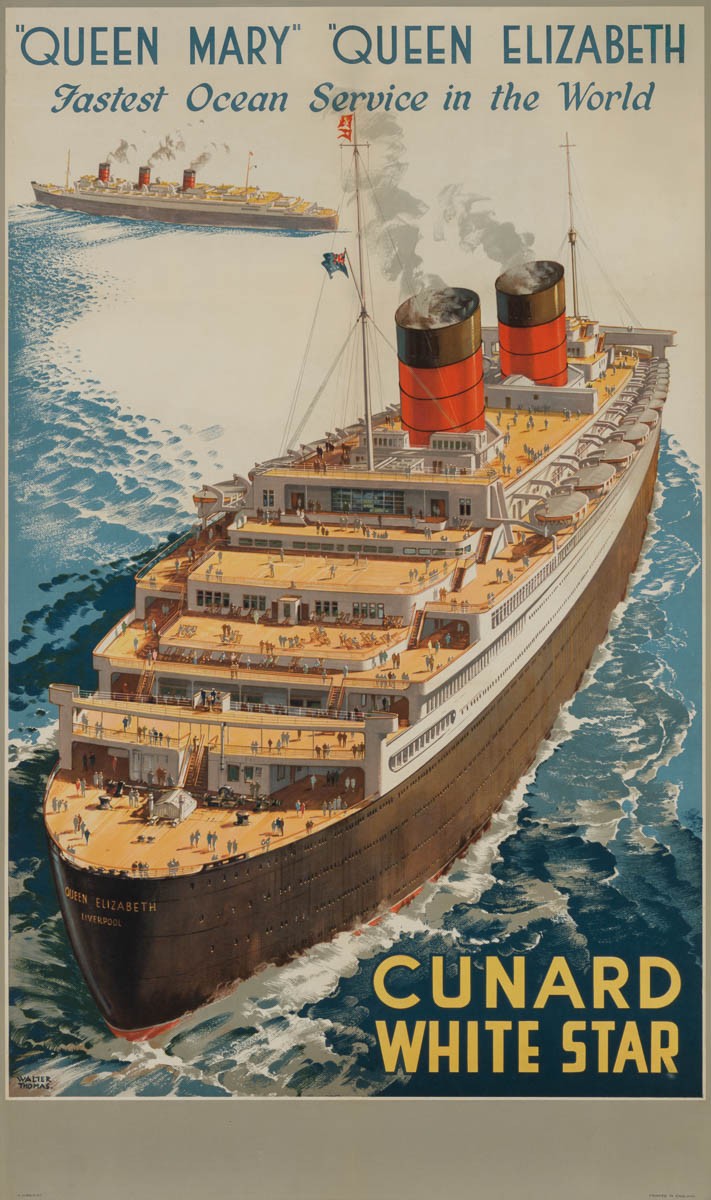 Grade: C6  Fine. Folded, single-sided. Prior to linen backing the poster had Handling/edge wear, especially in lower-left and lower-right, missing paper in the upper-right corner, upper cross fold separation and slight paper loss. Expert restoration has addressed these flaws and the poster now appears very fine to near mint.


In 1947 one company ruled the transatlantic passenger and shipping business — Cunard-White Star with their massive pair of flagships the Queen Mary and the Queen Elizabeth, each of which were twice the size of the Titanic. The company was formed in 1934 when White Star, a UK-based liner (owner of the RMS Titanic when it sank 1912 resulting in the death of over 1,500 passengers and crew) merged with the Cunard Steamship Company, it’s larger UK-American owned competitor. Both company’s were dealing with financial difficulties in aftermath of WWI and during the build-up to WWII. Shortly after the printing of this poster, Cunard finished buying out White Star in 1949 and the company was renamed simply the Cunard Line. Today Cunard is owned by Carnival.

This gorgeous UK 1-sheet poster has one of the nicest views of life aboard the luxury liners — the poster captures an absolutely insane amount of detail! Rare and highly desirable, this is a poster not to be missed! 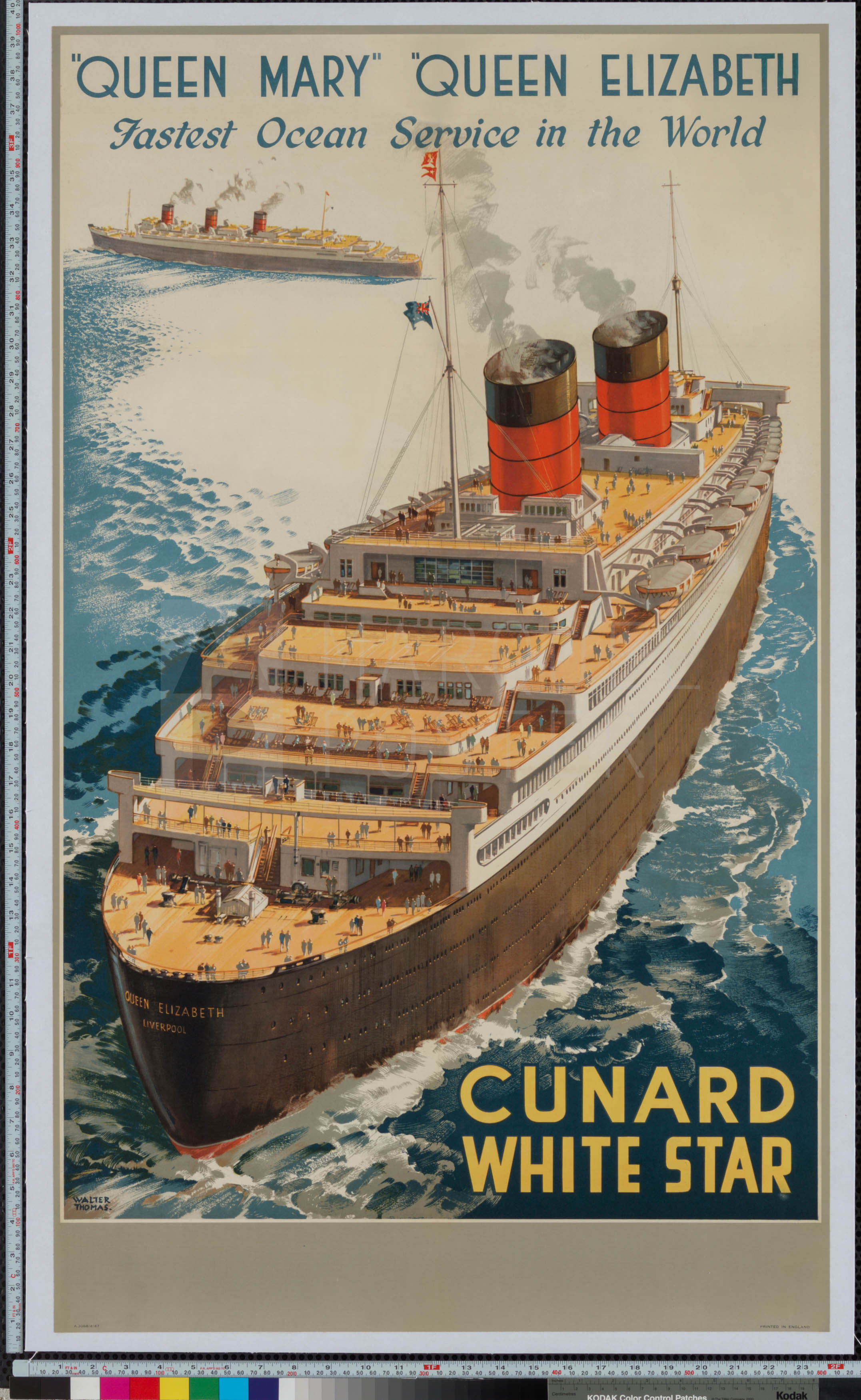 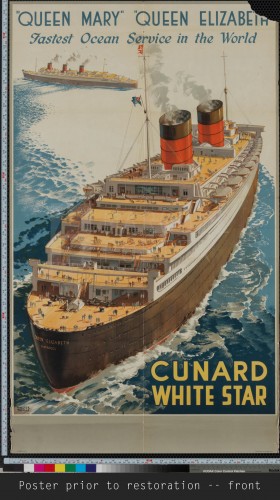 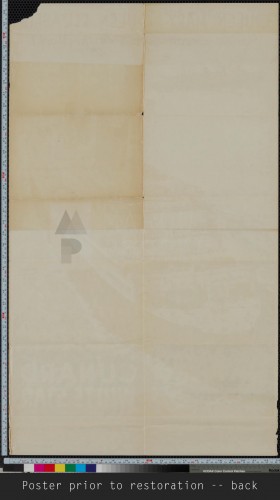