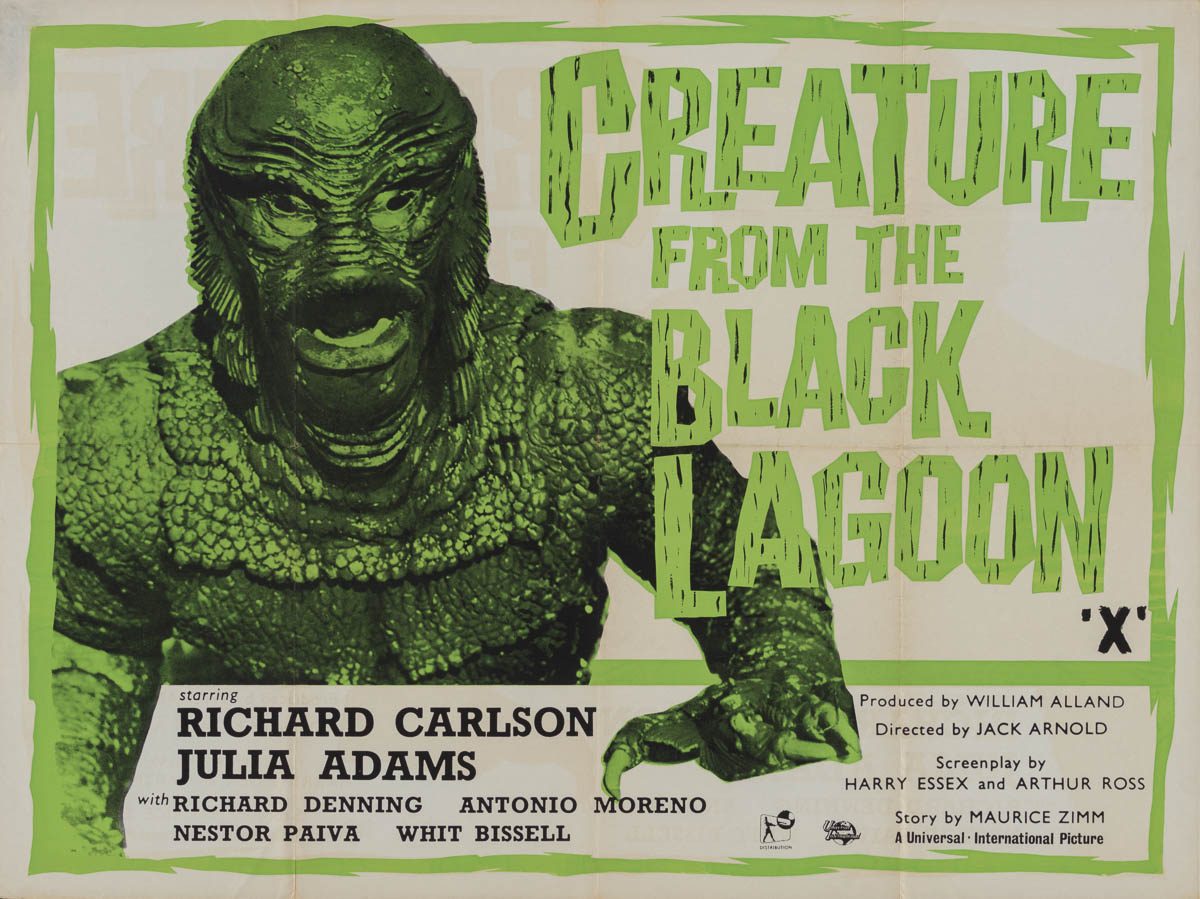 Creature from the Black Lagoon

Film Plot: A strange prehistoric beast lurks in the depths of the Amazonian jungle. A group of scientists try to capture the animal and bring it back to civilization for study.

Grade: C7-C8  Fine to Very Fine. Folded, single-sided. Unused poster with minor handling/surface/fold wear. Would grade much higher if not for an accumulation of small flaws including thin paper in the upper left corner, some light soiling from handling and storage, and minor cross-fold separation.


Made during an era of low-budget, poorly written, schlock horror, Universal Pictures went back to their monster-movie roots for Creature from the Black Lagoon. They ended up making a film that was both scary and exciting. There were countless B-movies being pumped out at the time but the Creature really stood apart from the rest. It also went on to inspire a generation of filmmakers, perhaps most notably, Steven Spielberg’s Jaws.

This awesome single-color quad is from an undated 1960s re-release — most likely 1962 when it was also re-released in France. The original release UK quad is more or less unheard of so this re-release is the next best thing and is highly sought after by collectors. The artist is unknown, but few could ask for a better design. 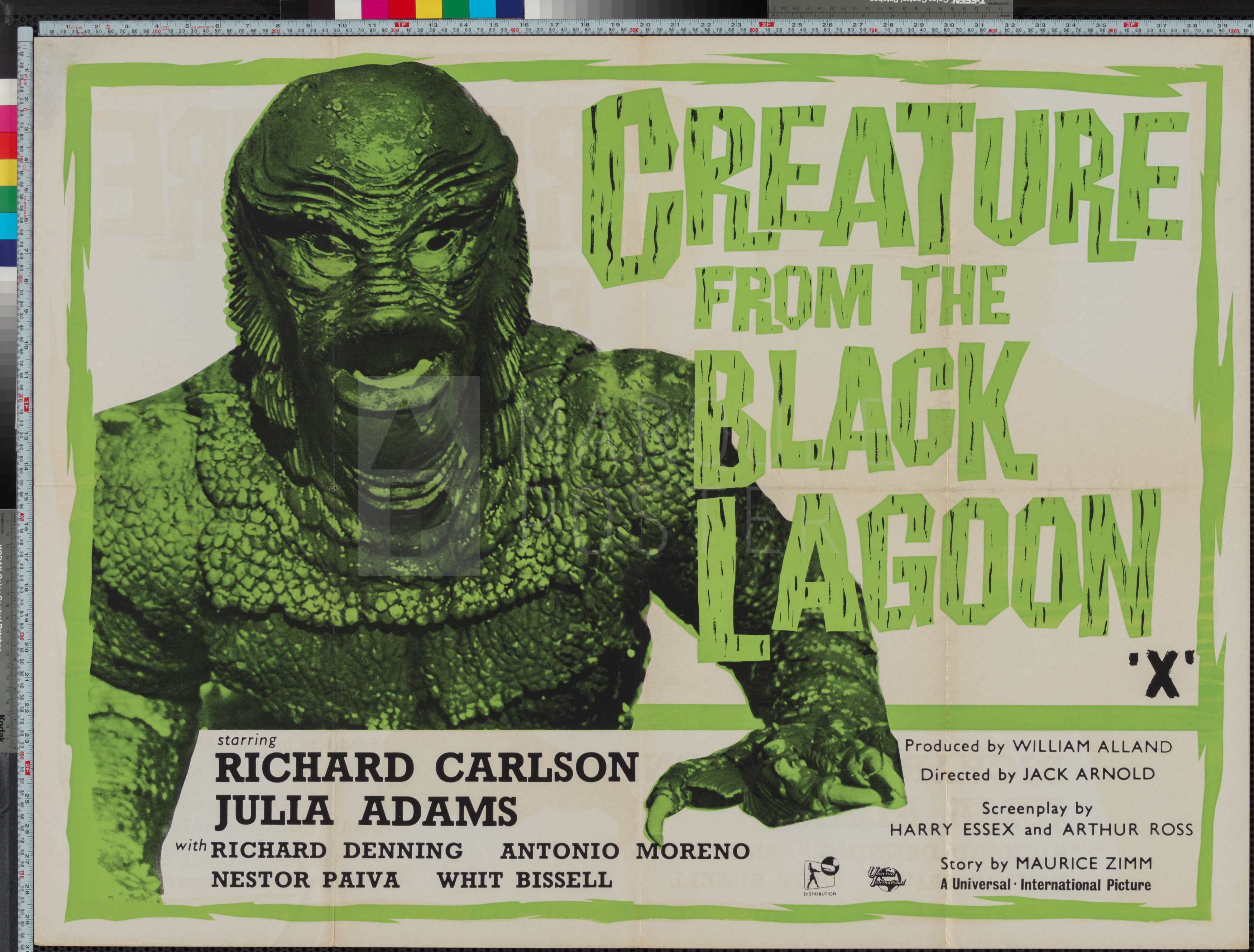 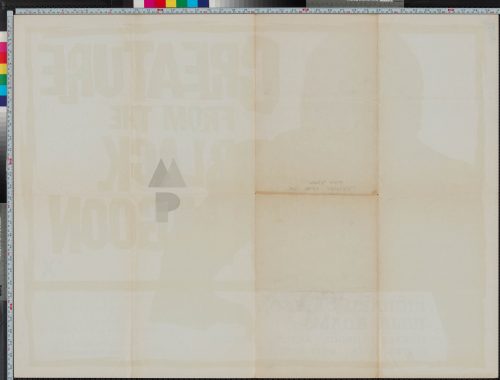