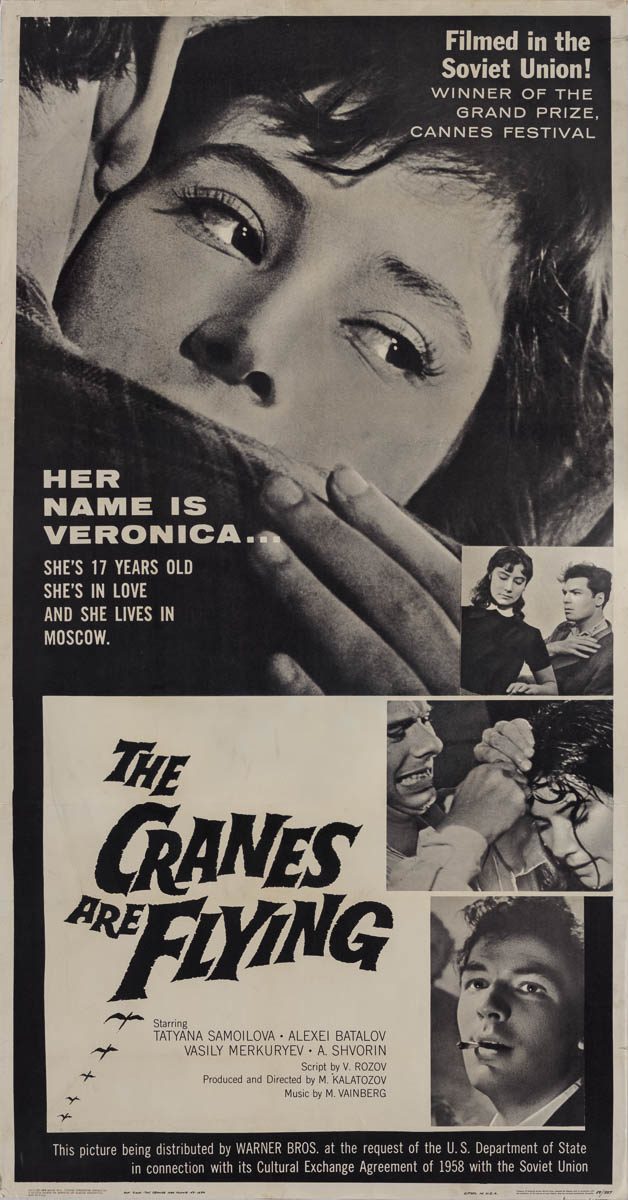 Film Plot: Veronica plans a rendezvous with her lover, Boris, at the bank of river, only for him to be drafted into World War II shortly thereafter.

Grade: C7  Fine to Very Fine. Folded, single-sided. Prior to linen-backing this was a theater used poster with only minor handling/edge/fold wear, small paper loss at some crossfolds and some creases, tears, and tiny paper loss on parts of some fold lines. Now appears very fine to near mint.


This melancholy masterpiece about a couple torn apart by the outbreak of World War II is from one of the most important Auteurs to come out of Russia, Mikhail Kalatozov. It so moved audiences around the world that it won the Palme d’Or at the 1958 Cannes Film Festival, the only Soviet film to ever win the award. It also paved the way for Kalatozov’s later and nearly lost film, Soy Cuba.

This 3-sheet is extremely rare as distribution of this Russian film in the US was miniscule — what with the whole Cold War raging and everything! A glorious black and white design. 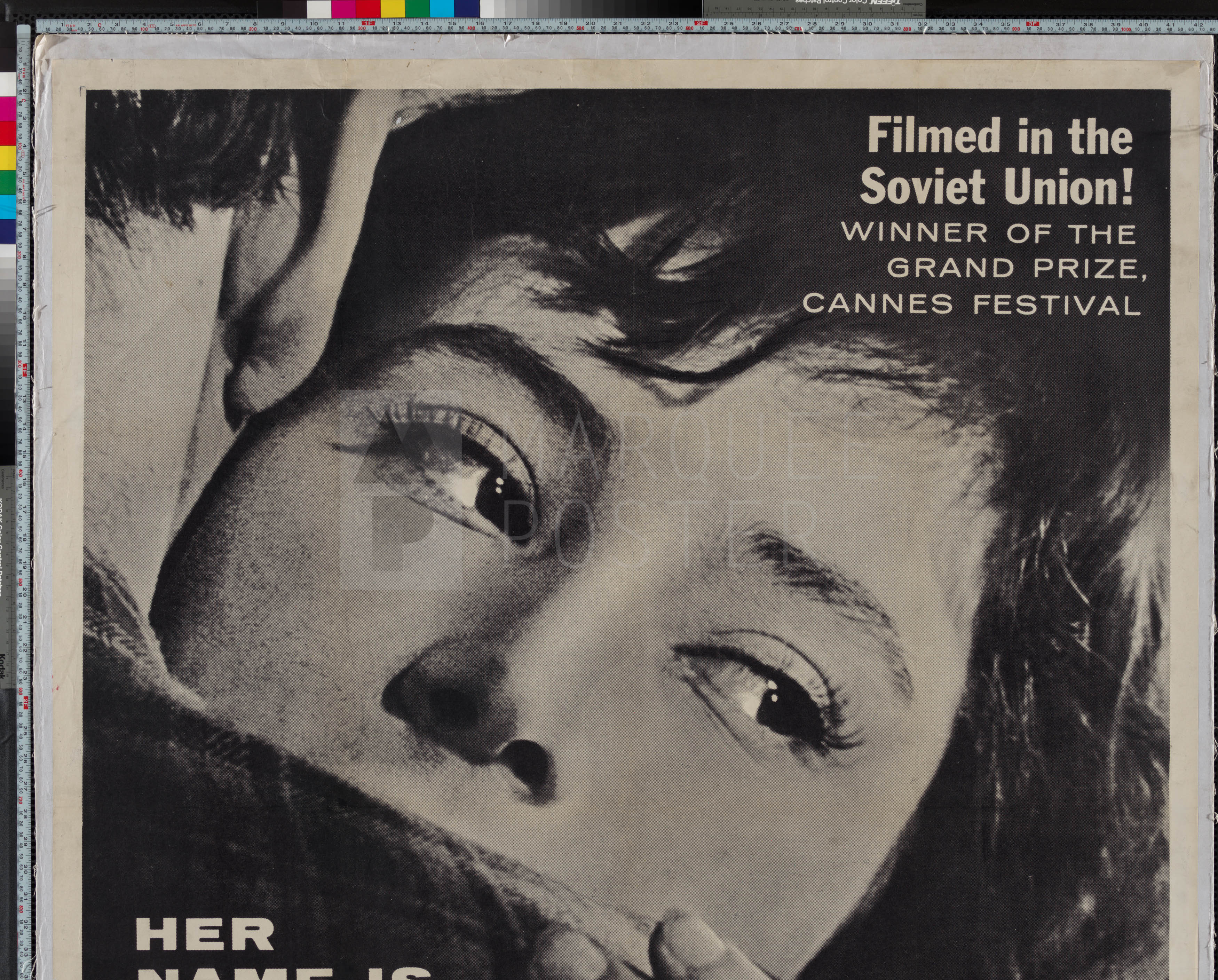 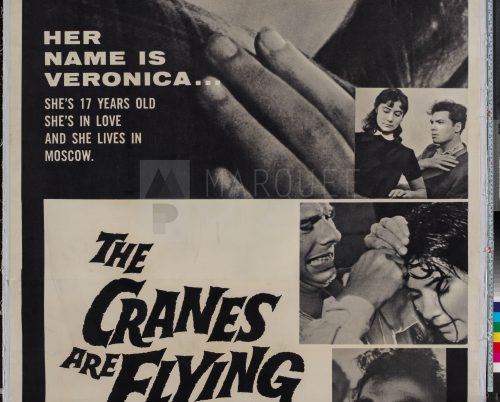 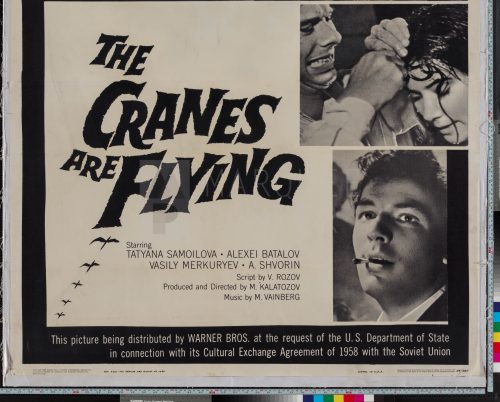