Film Plot: Following the death of a publishing tycoon, news reporters scramble to discover the meaning of his final utterance.


Easily one of the most important films of all time, Citizen Kane broke new ground on so many different aspects of filmmaking that it’s contribution to the language cinema is simply unparalleled. Orson Welles had always thought of himself as a magician first and a filmmaker second, and he proved his masterful talent of manipulating audiences during his Mercury Theater broadcast of War of the Worlds in 1938. In Citizen Kane he told one of the most riveting mysteries put to film — What was Rosebud? While the central premise could easily be construed as a MacGuffin (another master manipulator, Hitchcock, coined the term) it was no less effective at keeping audiences enthralled while we learned about the life and times of Charles Foster Kane. Of course, Welles also invented and perfected countless camera tricks along the way — most of which audiences today simply take for granted.

This wonderful Italian 2-foglio has an incredible modern design and is a perfect fit for the newspaper backdrop of the film. The font styling almost looks to be influenced by the Dada movement from the early 20th Century! Framed as-is, this poster would look like an artifact from a museum. It could also easily be restored to give it a fresh appearance. A stunning poster for an important film! 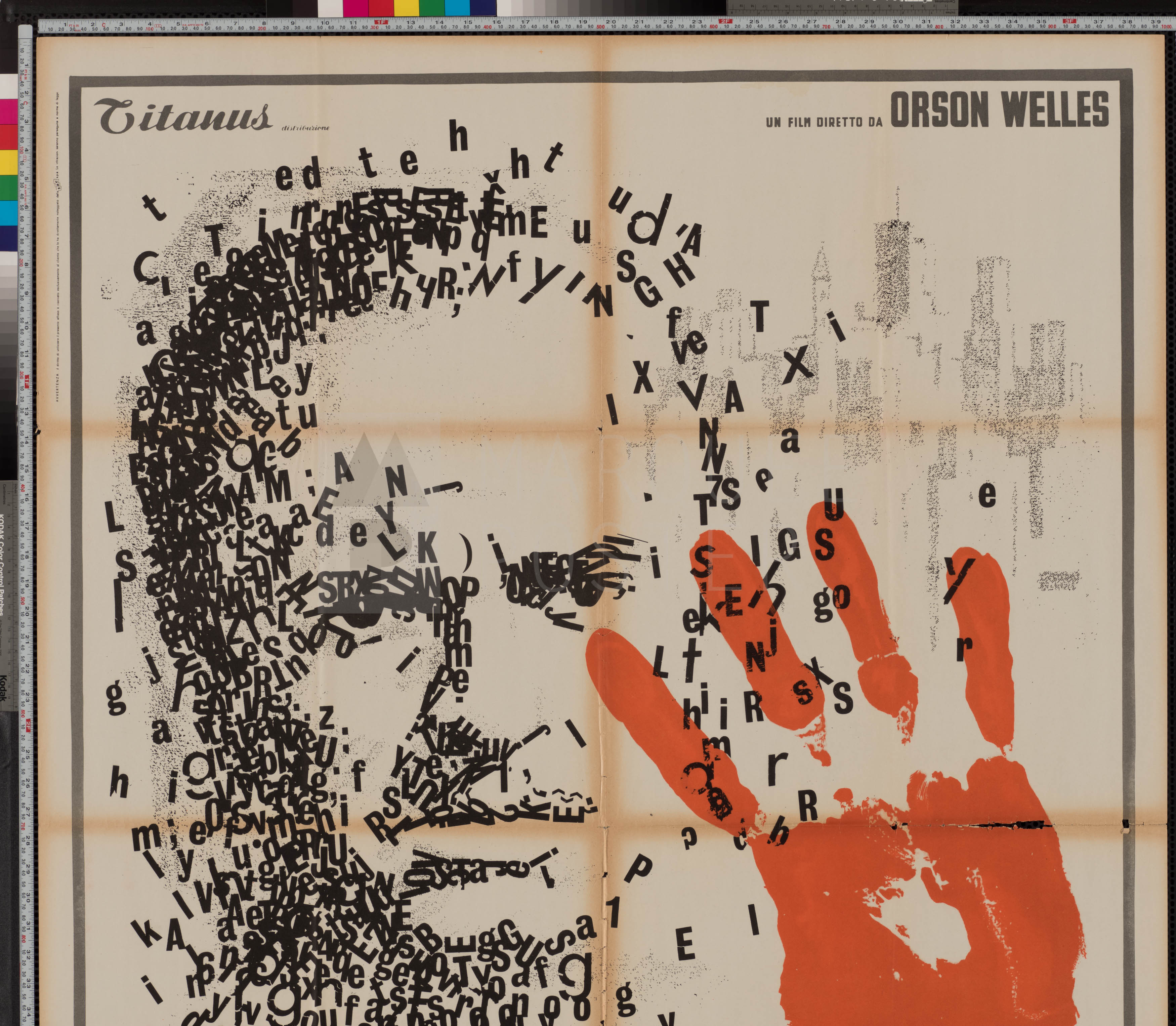 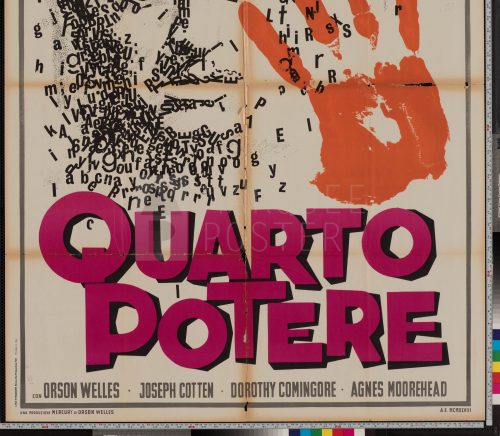 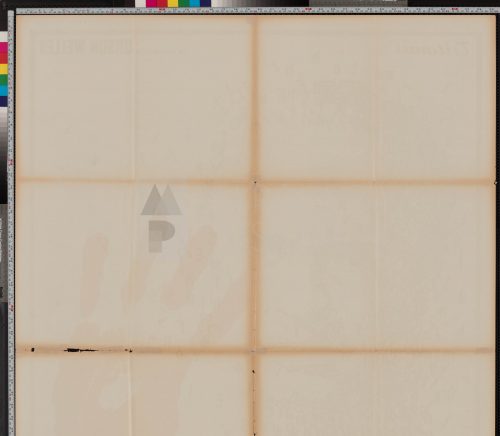 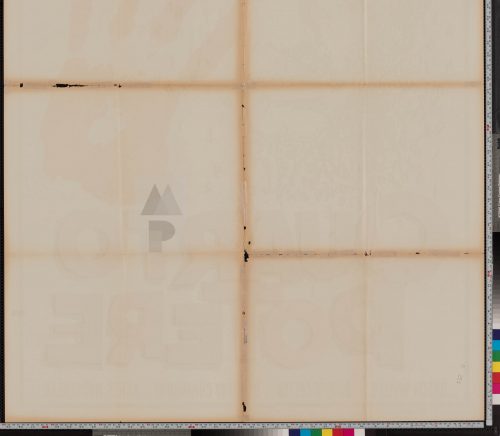