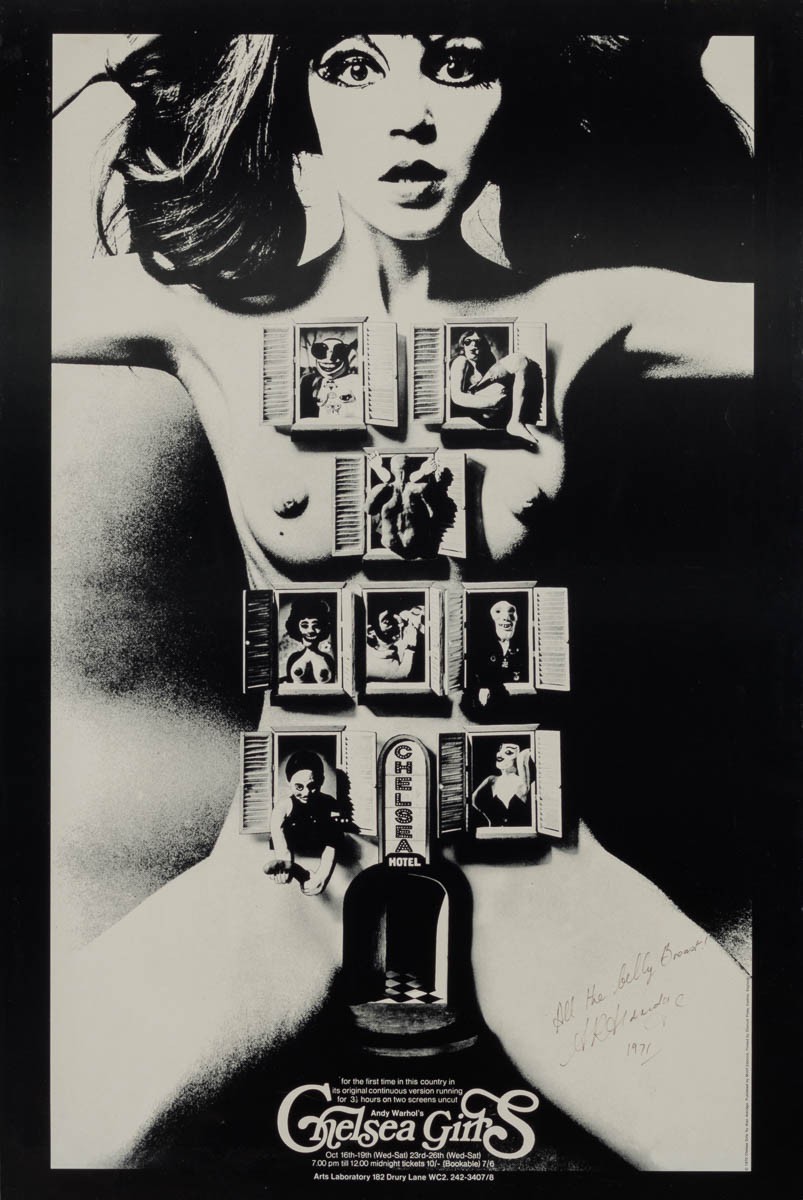 Film Plot: Lacking a formal narrative, Warhol's art house classic follows various residents of the Chelsea Hotel in 1966 New York City, presented in a split screen with a single audio track in conjunction with one side of screen.


What do you get when you put Andy Warhol, Alan Aldridge, an underaged model and an Advent calendar in a blender? The answer is one of the most iconic poster designs in the history of the medium! Warhol’s 1966 experimental (and excruciatingly long) underground film was denied a theatrical certificate by the British Board of Film Classification. In 1968 the film finally got an official London release at the Arts Laboratory — and along with it an official poster design from Alan Aldridge, one of the premier graphic designers of the 1960s. Unlike the film, the poster was a hit (Warhol famously commented that he “wished the movie was as good as the poster”). Aldridge won the Silver D&AD (Designers and Art Directors) award for his effort and the Chelsea Girls poster was featured in their 1969 annual. The first printing of this poster in late 1968 was extremely limited and few examples have surfaced. You can identify a true first release as the fine print text is in white ink and runs vertically in the lower left black border. The poster for sale here is from the second printing in 1970 by Motif Editions, the same art house publisher that put out much of Aldridge’s other works including Dylan’s Don’t Look Back. Presumably this printing was done by Aldridge to capitalize on the massive popularity of this design as many were personally signed by the artist, including this print for sale here. This second official printing can be identified by fine print text in black ink running vertically on the lower right side of the poster within the image, not in the black border. To my knowledge, a first printing has never been sold at auction, but the second printings have been on fire lately with Christie’s in particular achieving very high prices. Don’t miss your chance to get this signed print! 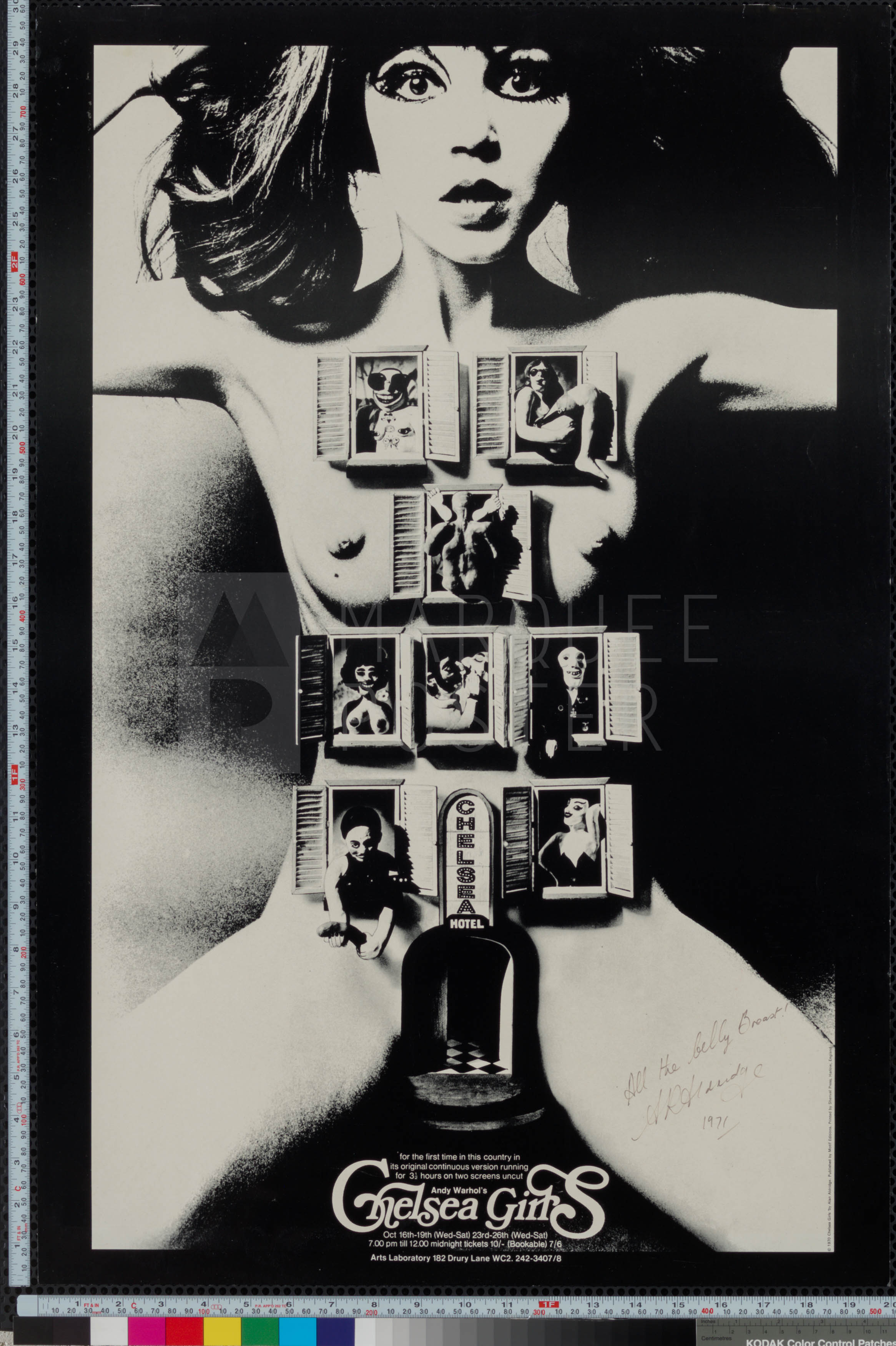 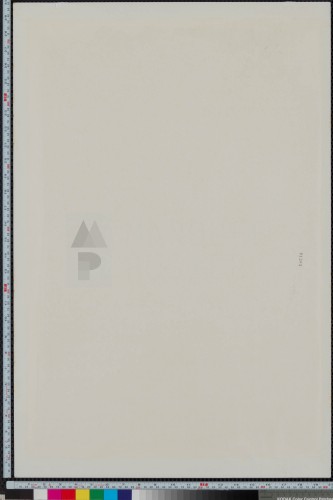