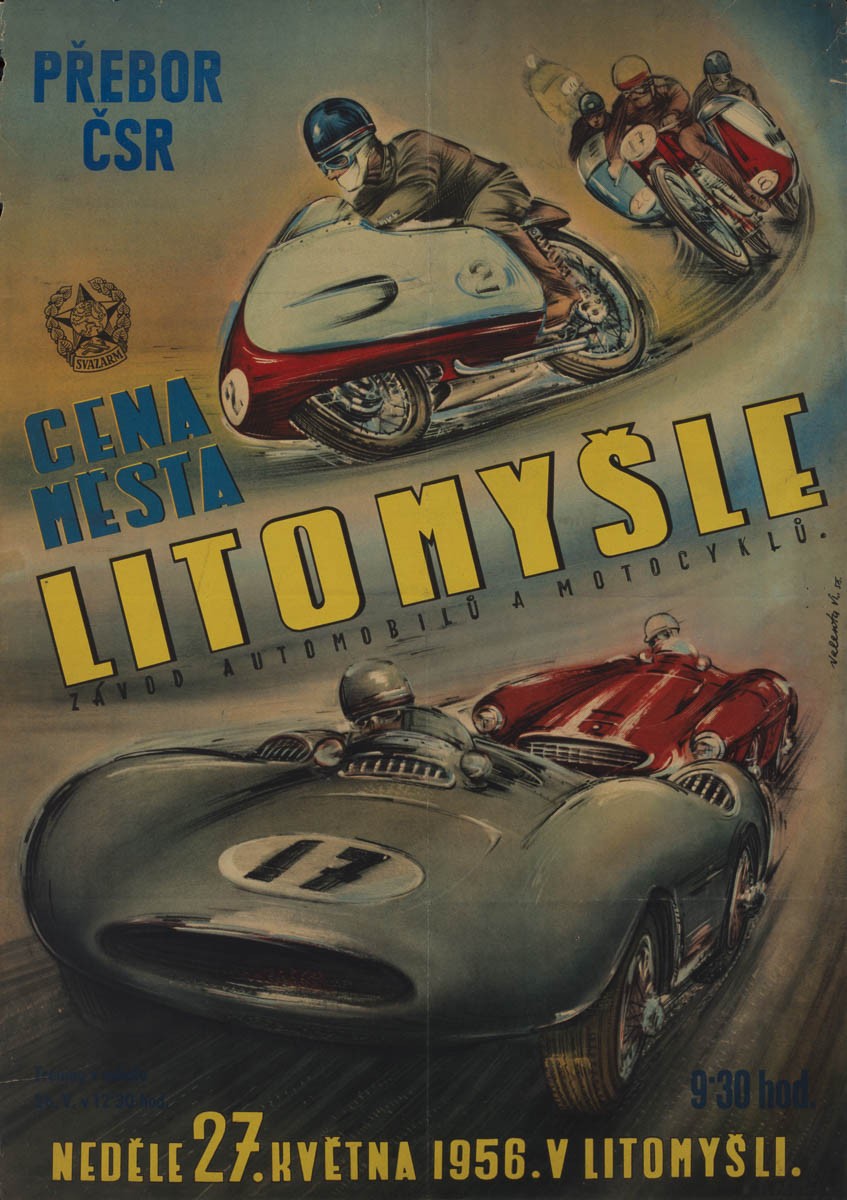 
In 2013 Juan Manuel Fangio’s 1954 Mercedes-Benz W196 F1 Silver Arrow sold for a world record $31 million US dollars at Bonhams. The unprecedented interest in this car was no coincidence as it was both a technical marvel that dominated the race world and it was driven by Fangio, widely considered to be one the most accomplished and respected drivers in the history of the sport. After a 15 year absence from F1 racing, Mercedes debuted the W196R in July 1954 and immediately prevailed against the competition — winning 9 of 12 Grand Prix it contested. Their success was short-lived, however, as Mercedes again pulled out of ALL factory-sponsored racing after the June 1955 Le Mans disaster, the deadliest day in racing history. A rear end collision on the track sent Mercedes driver Pierre Levegh (in an 300 SLR) airborne, off the track and plowing through the grandstands — 84 people were killed in total, including Levegh. Mercedes didn’t restart it’s racing program until the 1980s. Between 1954 and 1955 only fourteen W196Rs were built and, of the 10 still known to exist, 3 are in museums and 6 are owned by Mercedes — making the 2013 Bonhams car the only post-war Mercedes-Benz Silver Arrow in private hands. While the auctioned car was an open-wheel variant, the W196R is more well known for it’s head-turning streamline shell, known as the “Silberpfeil” — one of the most beautiful race cars ever created and the subject of this poster.

Despite its superiority on the track, this particular car was so short-lived that it was rarely represented in the lithographs promoting races (still fervently collected today). Grand Prix posters from that era are littered with open-wheel cars, typically Ferraris, which often led the sport before and after the introduction of the W196R. This extremely rare Czech poster advertising a race in Litomyšle, a small medieval town 100 miles east of Prague, is one of only a handful of race lithographs known to depict the Mercedes W196R with it’s streamlined “Silberpfeil” shell, very fittingly leading a Ferrari — most likely a 375 MM, a 750 Monza Spyder Scaglietti, or possibly a 121LM. The rarity and significance of this poster cannot be overstated! Do not miss out! 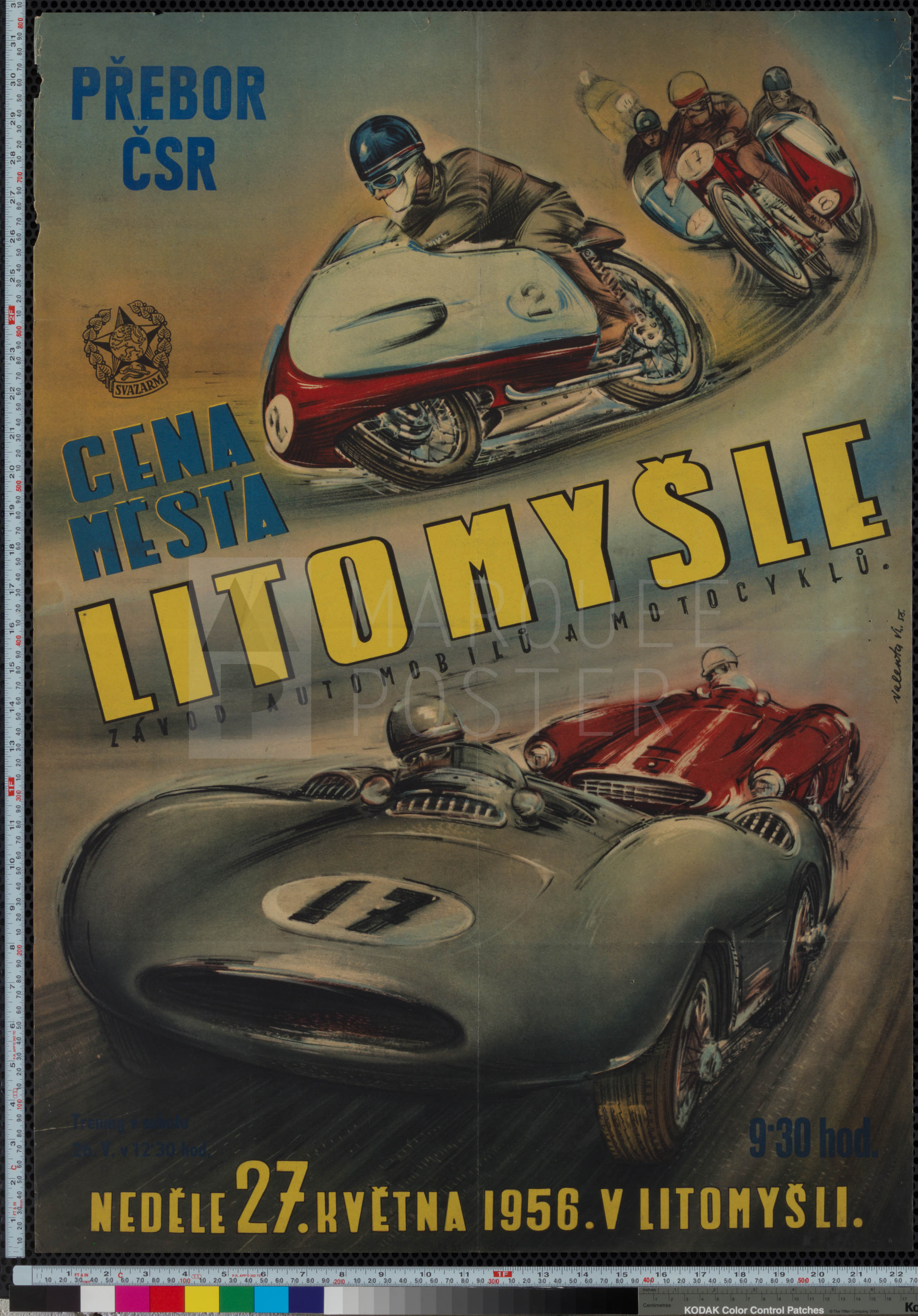 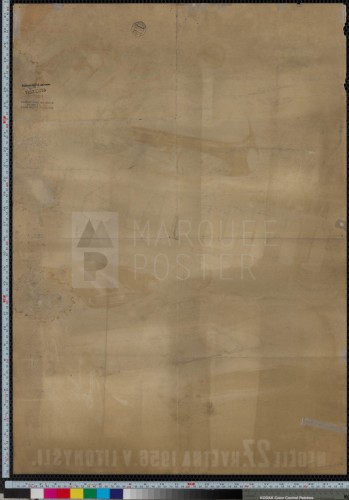