Film Plot: The professional mercenary Sir William Walker instigates a slave revolt on the Caribbean island of Queimada in order to help improve the British sugar trade. Years later he is sent again to...


Gillo Pontecorvo is one of the boldest directors in the history of cinema. Never one to shy away from controversial topics, Pontecorvo made films about the Holocaust (Kapò), capitalism (Wide Blue Road), terrorism (Battle of Algiers) and post-colonialism (Burn!). Pontecorvo’s bleak world view was formed early on — he was the son of successful, educated, non-observing Jewish parents when their idyllic existence came crashing down during WWII. By 1941 Pontecorvo had traveled to northern Italy to help organize anti-Fascist partisans. He eventually became leader of the Nazi resistance in Milan from 1943 until 1945. And while as part of his anti-fascist organizing he joined the communist party in 1941, Pontecorvo broke ties with them in 1956 after the Soviet intervention in Hungary. He remained an avowed Marxist, however, as he felt the West was corrupted by capitalism. Always a proponent of the underdog, Burn! (also known as Queimada) is one of his most sprawling and challenging works — it merges history with fiction while telling the story of how a Caribbean country throws off the yoke of colonialism. It merges actual historical events that took place in Brazil, Cuba, Santo Domingo, Jamaica, and elsewhere with the real-life deeds of William Walker — a mercenary and war profiteer hell bent on setting up a banana republic. In the fictionalized film Walker, played by Marlon Brando — also a champion of native movements around the world and who lobbied heavily to work with Pontecorvo on the film — is commissioned by the British to foment unrest in the fictional Portuguese colonial possession known as Queimada, so that they might take control of the vast sugar exports. Walker arrives to a hero’s welcome, quickly organizing and arming a rebel insurgency which liberates the plantations and sweeps into power. Slavery is abolished and Walker returns to the UK successful in his mission. However, 4 years later Walker is sent back to Queimada to put down a rebellion against the Antilles Royal Sugar Company — the now de facto rulers of the island. Pontecorvo’s film is a damning portrayal of Colonialism and its outright abuse of of the land, resources and populations of indigenous peoples. His films such as Burn! and Battle of Algiers played a large part in supporting liberation movements and finally ending the last of the Colonial occupations by western powers in the 1970s and 1980s.

This nearly 5′ tall Queimada Japanese STB poster is extremely rare and the only copy I’ve ever encountered. While Pontecorvo’s films were championed by oppressed peoples around the world, their commercial success was much more limited to say the least. His films received very limited distribution globally making posters for his films extremely scarce. This tall, slender format had very low print numbers compared to regular Japanese B2s. They are very rare, especially for more popular film titles, and are highly sought after by collectors today. 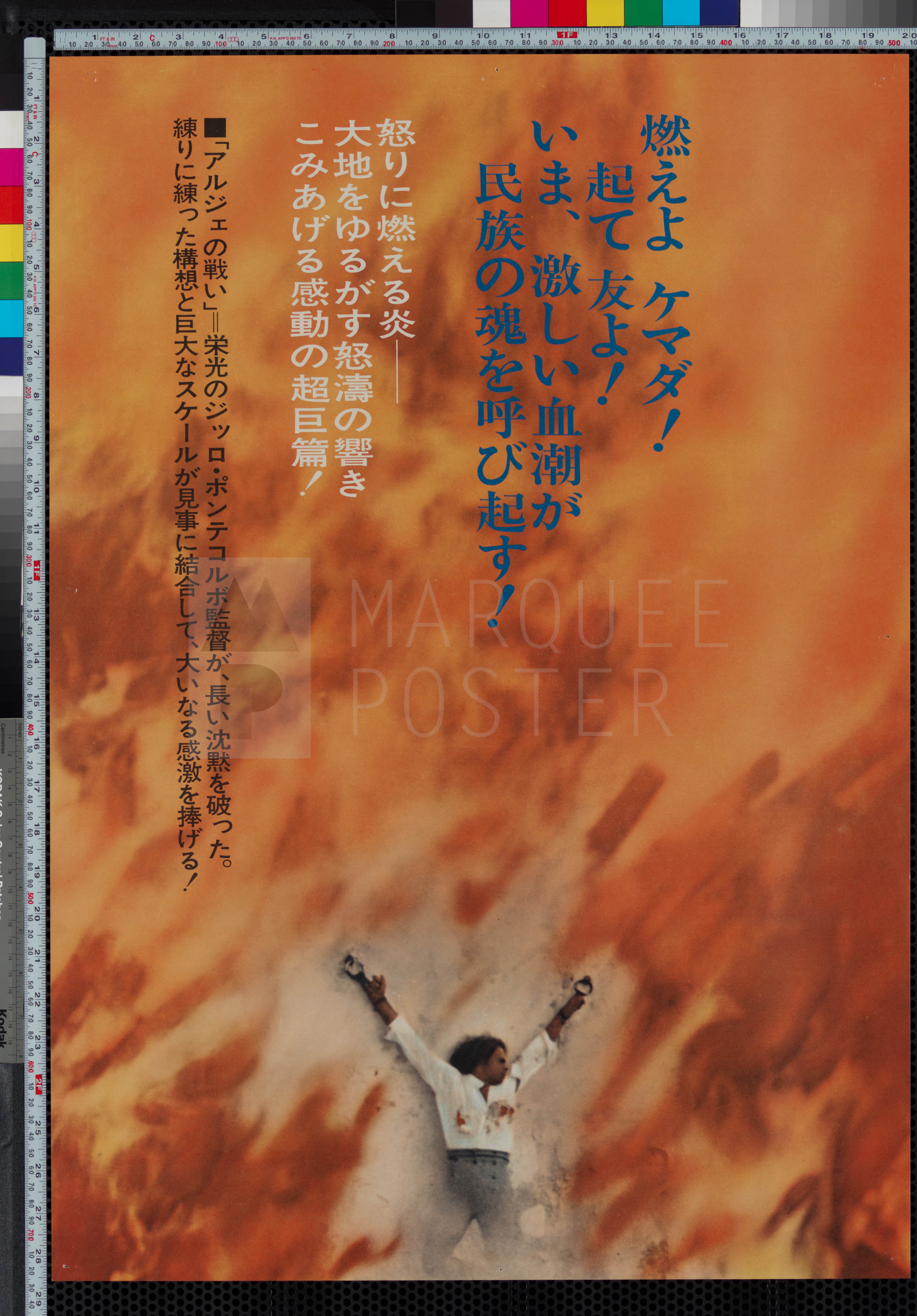 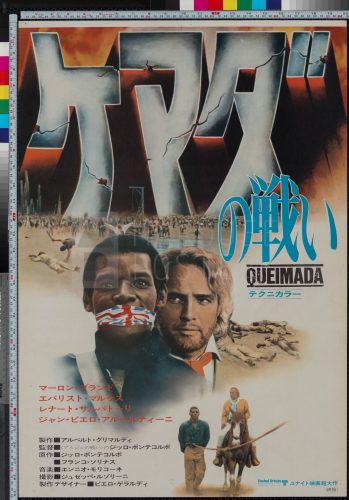 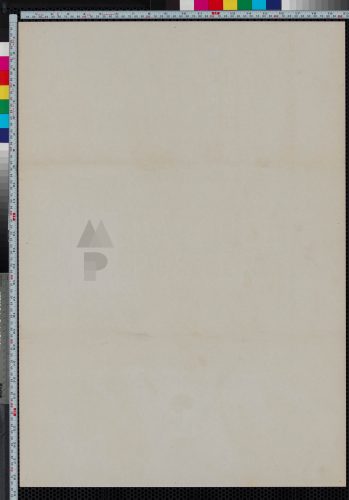 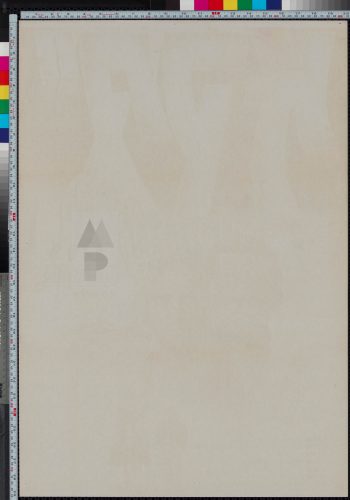