Film Plot: An all guts, no glory San Francisco cop becomes determined to find the underworld kingpin that killed the witness in his protection.


Bullitt always ranks near the top of Steve McQueen’s impressive filmography and for good reason — intrigue, dirty cops, an epic car chase through the streets of San Francisco, and a protagonist who remains the epitome of cool and collected throughout. In 2011 Time magazine featured it on their “15 Greatest Movie Car Chases of All Time” list. They described it as “the one, the first, the granddaddy, the chase on the top of almost every list” and especially praised it for the cool personas and amazing editing.

This rare Japanese tatsumi (aka tatekan, STB) poster has a great, nearly full-length portrait of the man himself, Steve McQueen. It also features several other key scenes including the famous car chase and the shootout at SFO airport. There are several versions of the original B2 size poster including (1) the first release, first printing, (2) the first release awards poster, and (3) the early 70s re-release that looks almost identical to the awards poster and is often sold as a first release poster. However, I’m only aware of one STB for this film and you’ll be hard pressed to find a nicer copy. 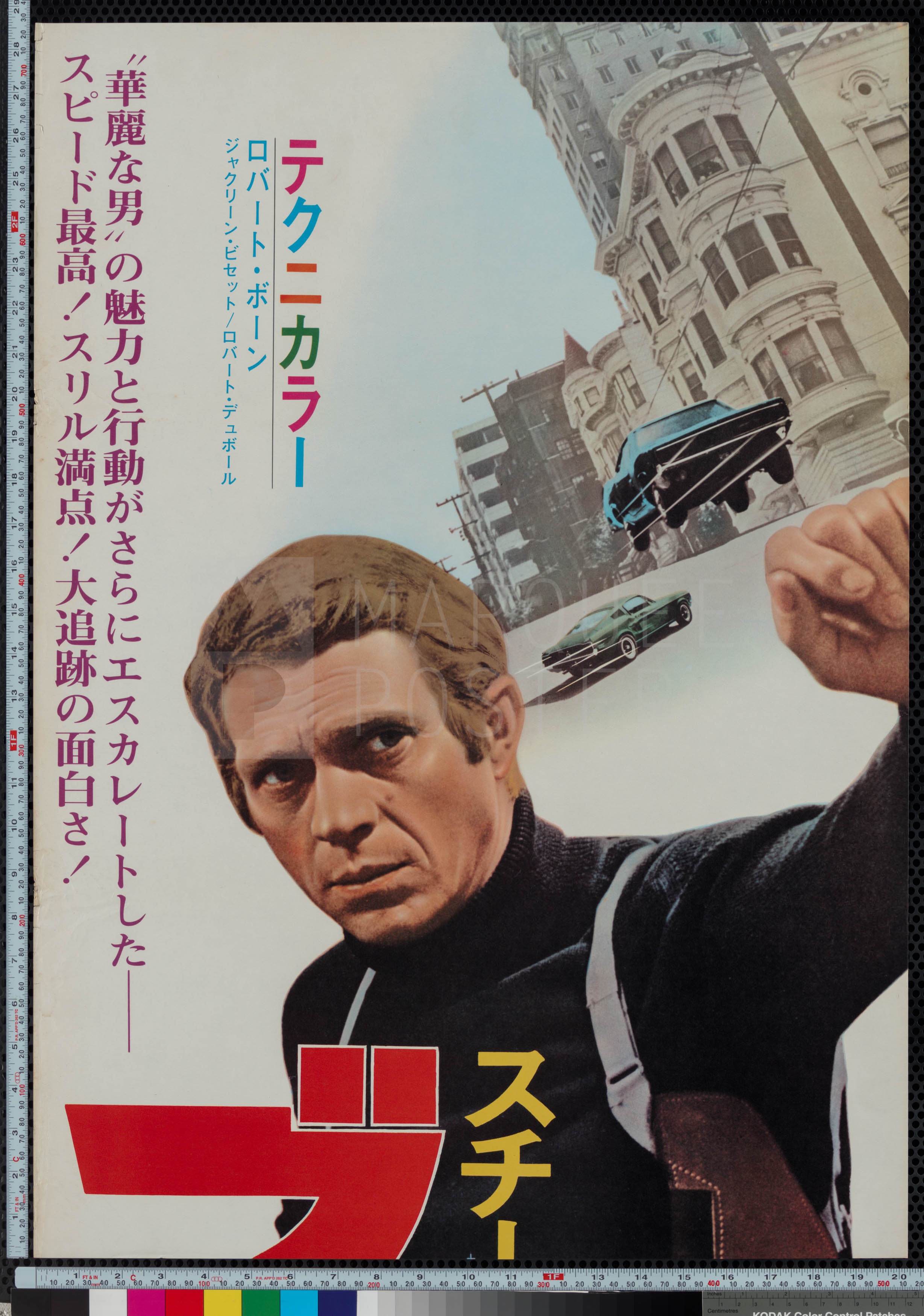 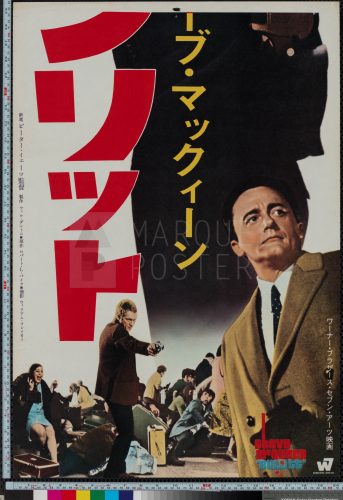 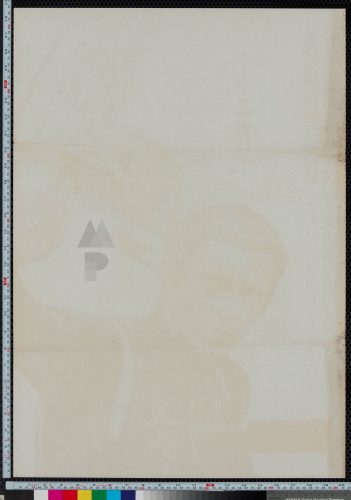 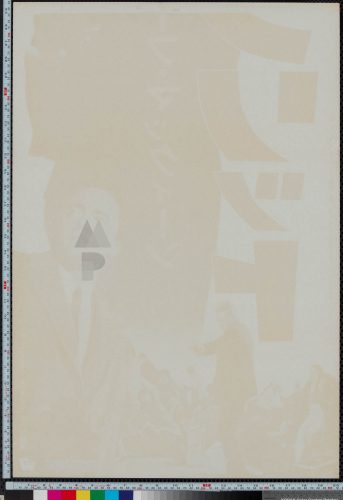