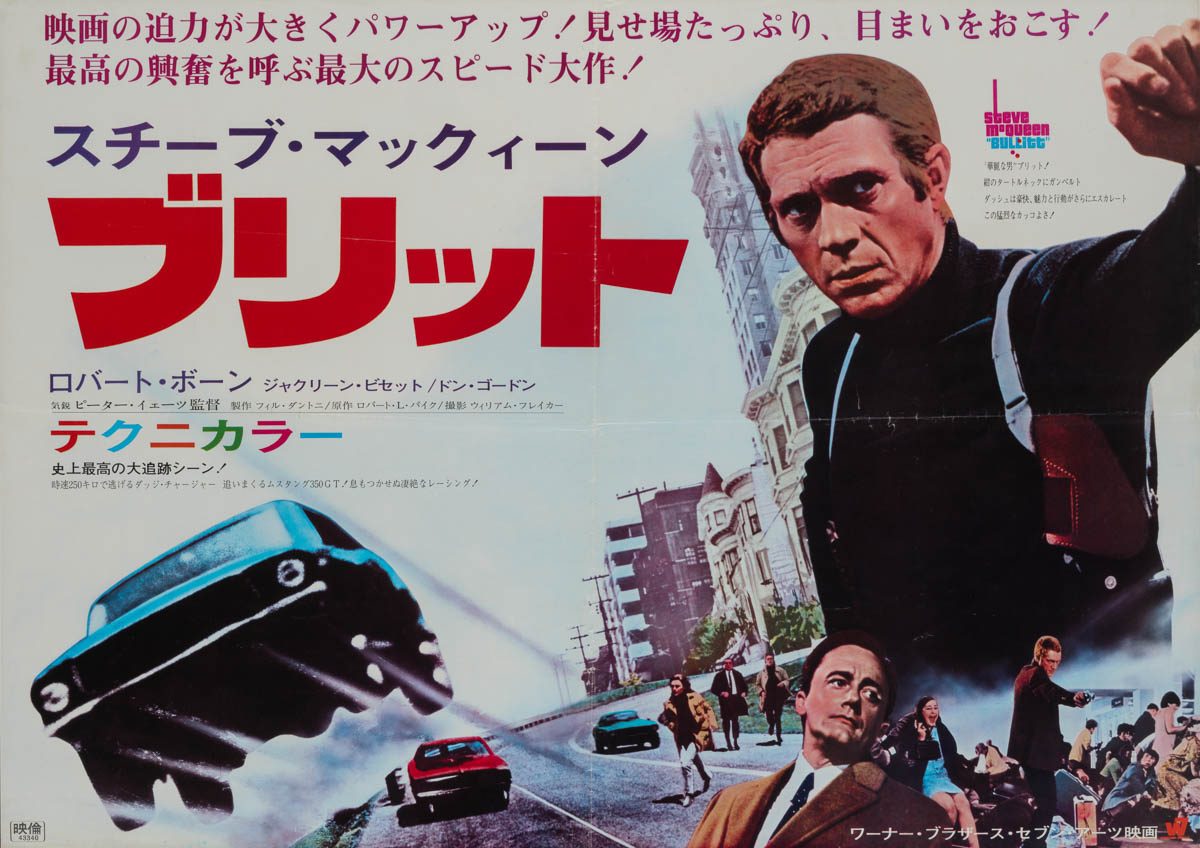 Film Plot: An all guts, no glory San Francisco cop becomes determined to find the underworld kingpin that killed the witness in his protection.

Grade: C7  Fine to Very Fine. Folded, single-sided. Theater-used poster with minimal handling/surface wear, only some minor dings around the edges and light compression marks from being loosely tri-folded


Bullitt always ranks near the top of Steve McQueen’s impressive filmography and for good reason–intrigue, dirty cops, an epic car chase through the streets of San Francisco, and a protagonist who remains the epitome of cool and collected throughout. In 2011 Time magazine featured it on their “15 Greatest Movie Car Chases of All Time” list. They described it as “the one, the first, the granddaddy, the chase on the top of almost every list” and especially praised it for the cool personas and amazing editing. There are some great posters that feature McQueen the titular hero, Frank Bullitt–but comparatively few feature the all-important chase.

This Japanese B1 (28×40″) is probably the rarest style of the already coveted Japanese posters and features the best of both worlds, a great portrait of McQueen AND the car chase! 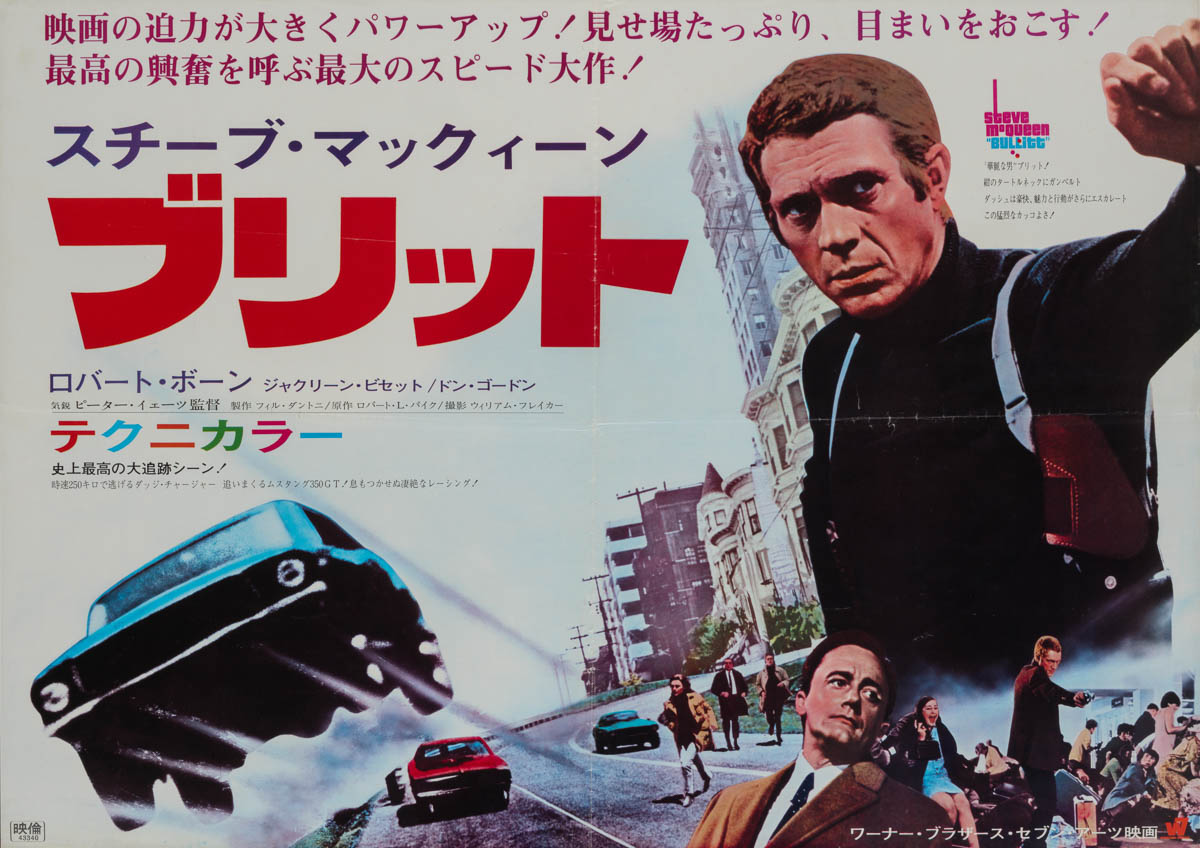 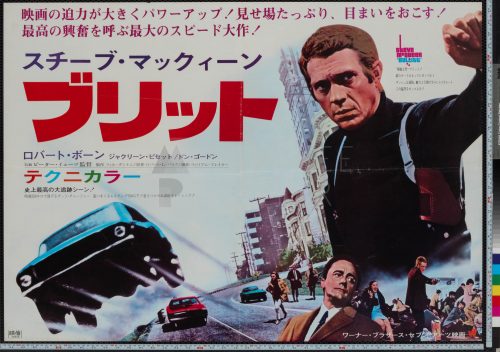 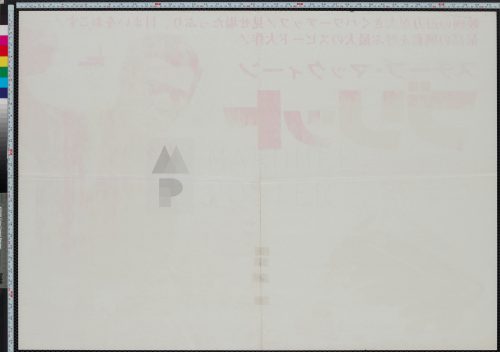