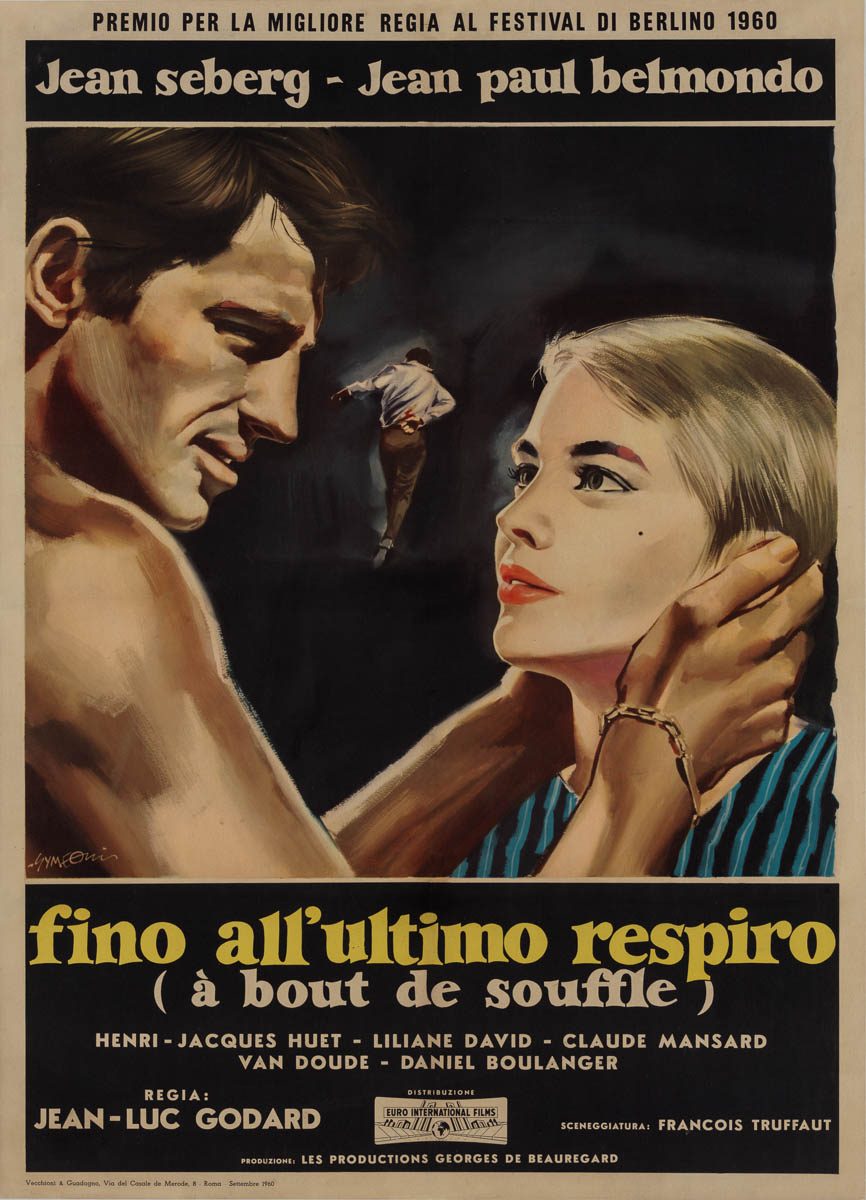 Grade: C6  Fine. Folded, single-sided. Prior to linen backing this was a theater used poster with moderate handling/edge/fold wear, some cross fold separation, several fold separations at the edges, and slightly brittle/fragile paper -- now appears very fine to near mint.

This extremely rare Italian 2-foglio features a wonderful embrace between Michel and Patricia. Artist Sandro Symeoni captured one of the best likenesses of Seberg ever put to poster. She’s rocking the pixie cut to boot — long before Mia Farrow got famous for the look in Rosemary’s Baby I might add! And while the inset imagery on this poster could maybe be considered abstract if you were a first time viewer, film-lovers will instantly recognize the other hugely important and revealing scene featured between the young lovers! 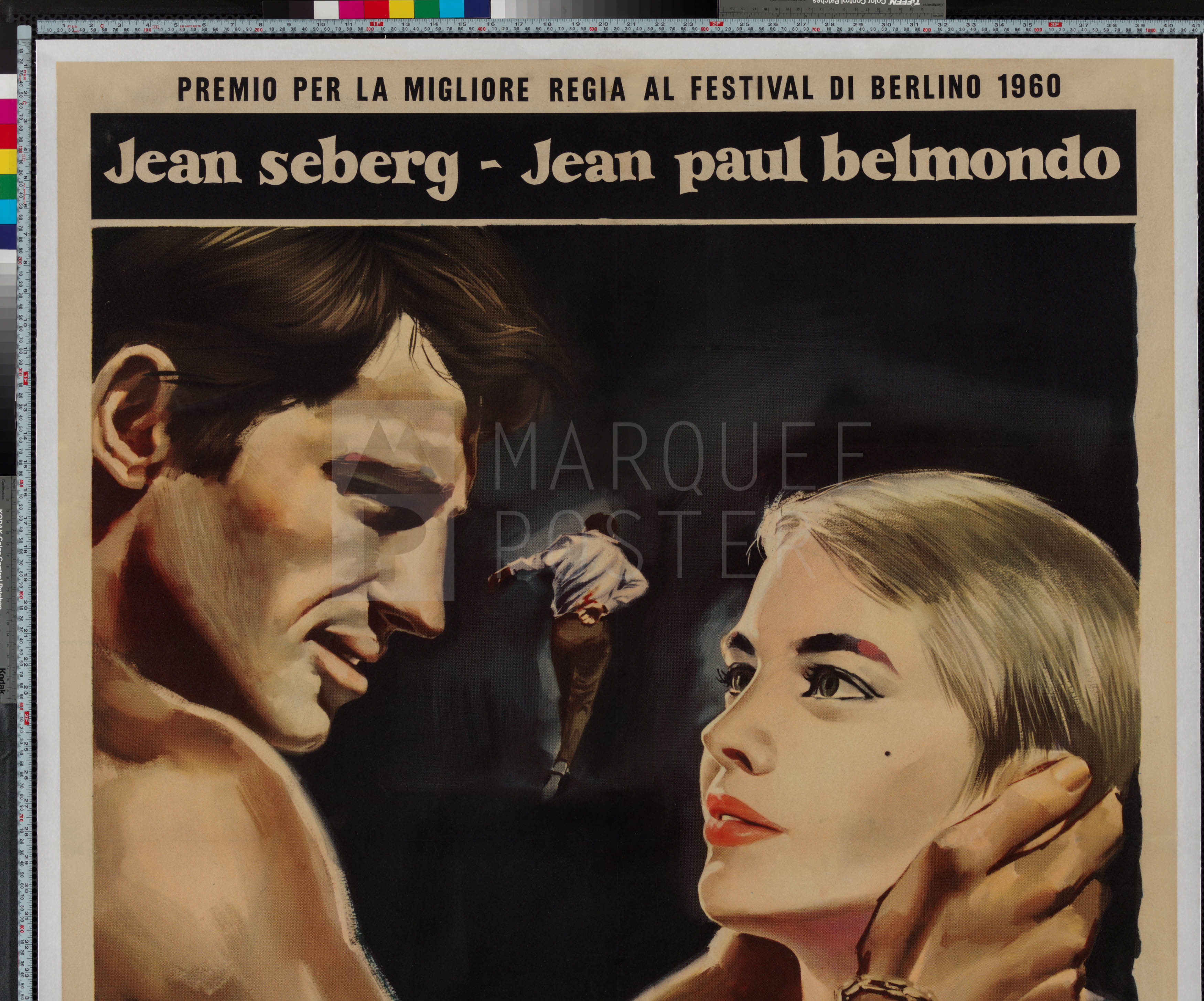 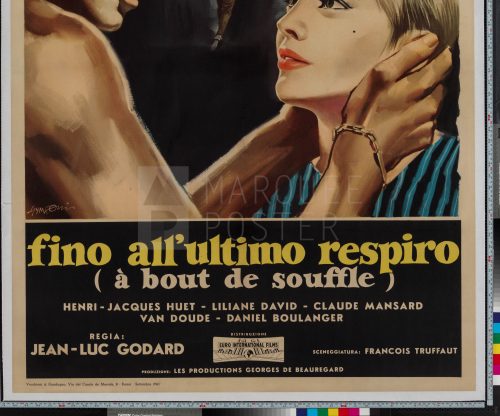 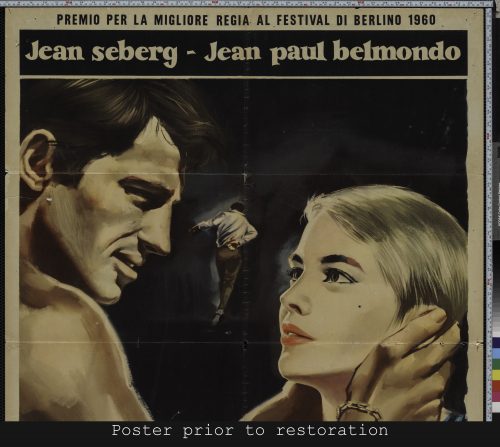 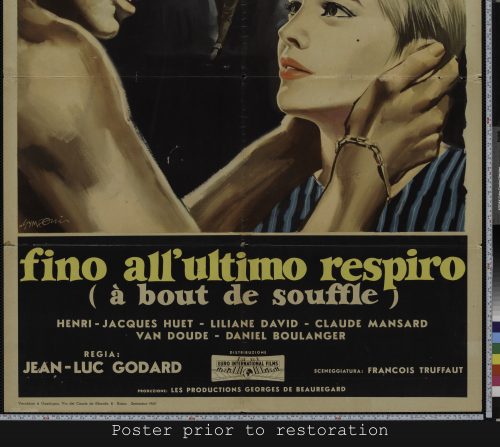 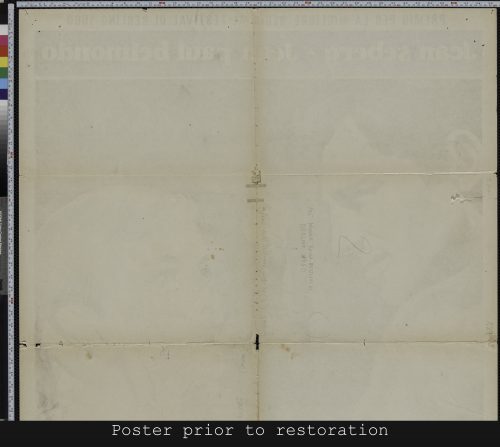 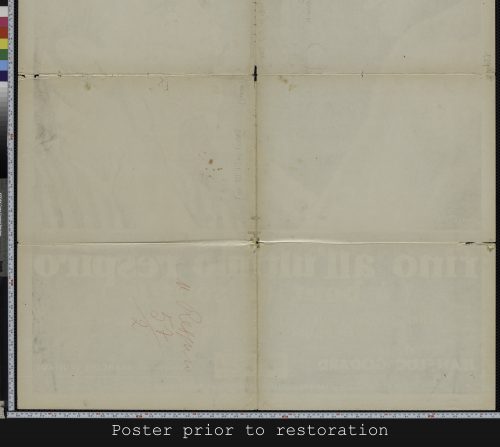