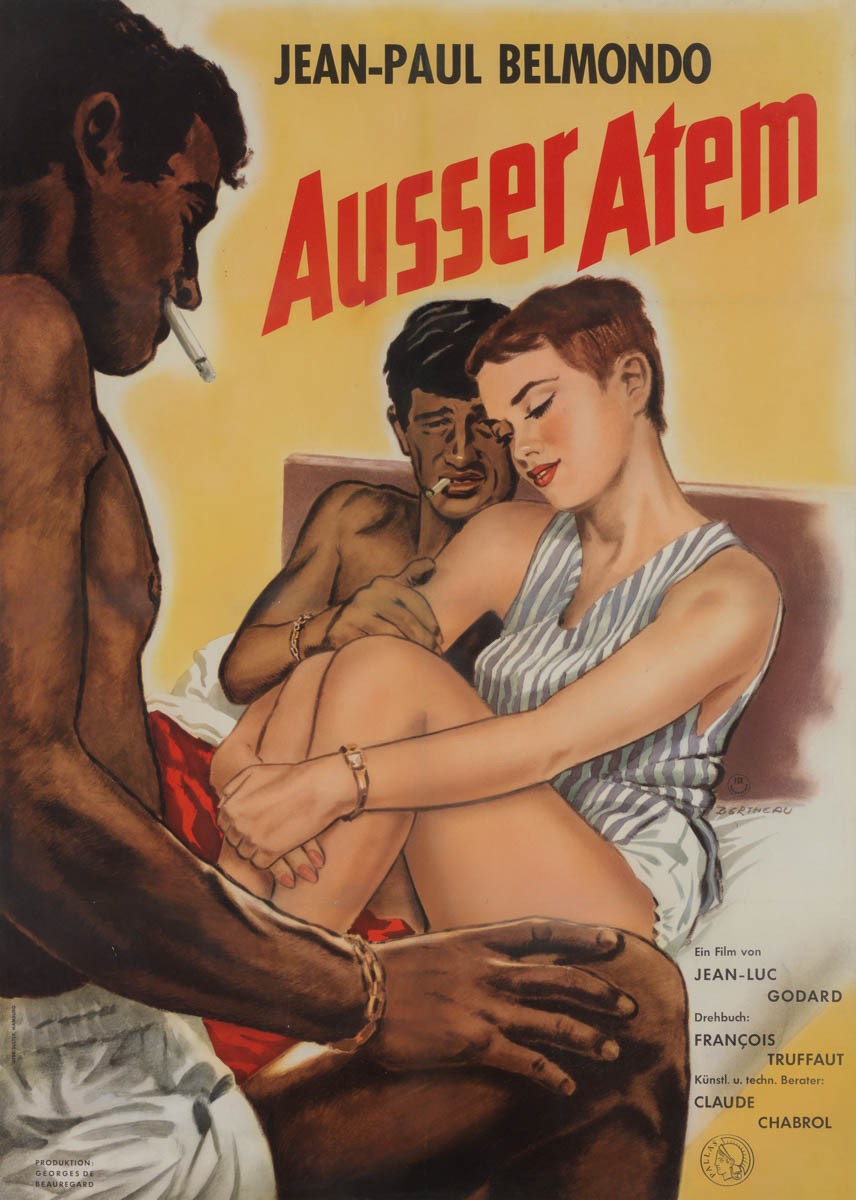 Grade: C7-C8  Fine to Very Fine. Folded, single-sided. Prior to linen backing the poster was in wonderful condition, only some light wear on top edge. Exposed linen edge has some wear and minor smudges. If linen was trimmed down it would look perfect.

This original release German poster not only has a gorgeous design but also captures one of the most intimate moments in the film. A very rare and desirable poster! 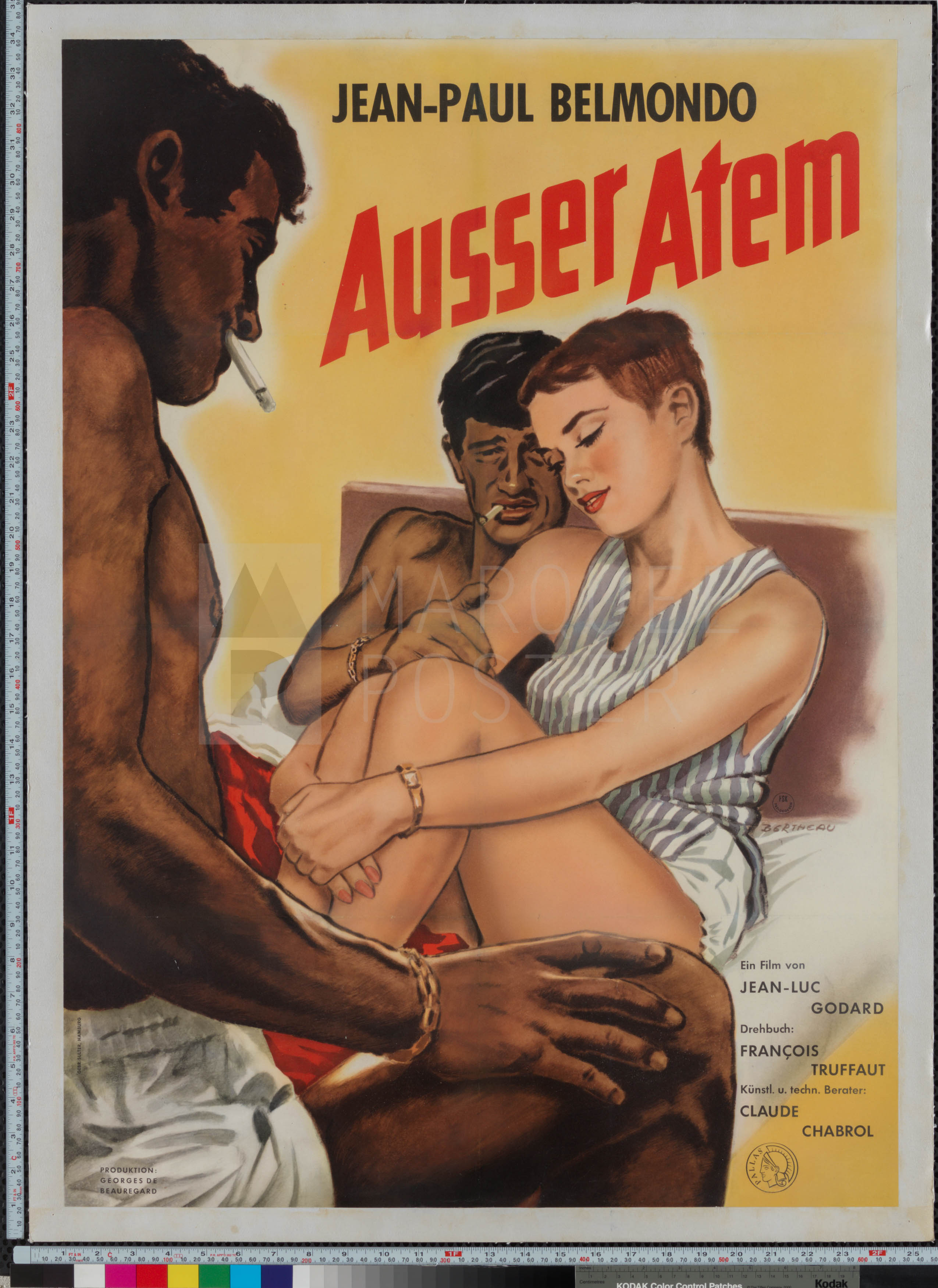