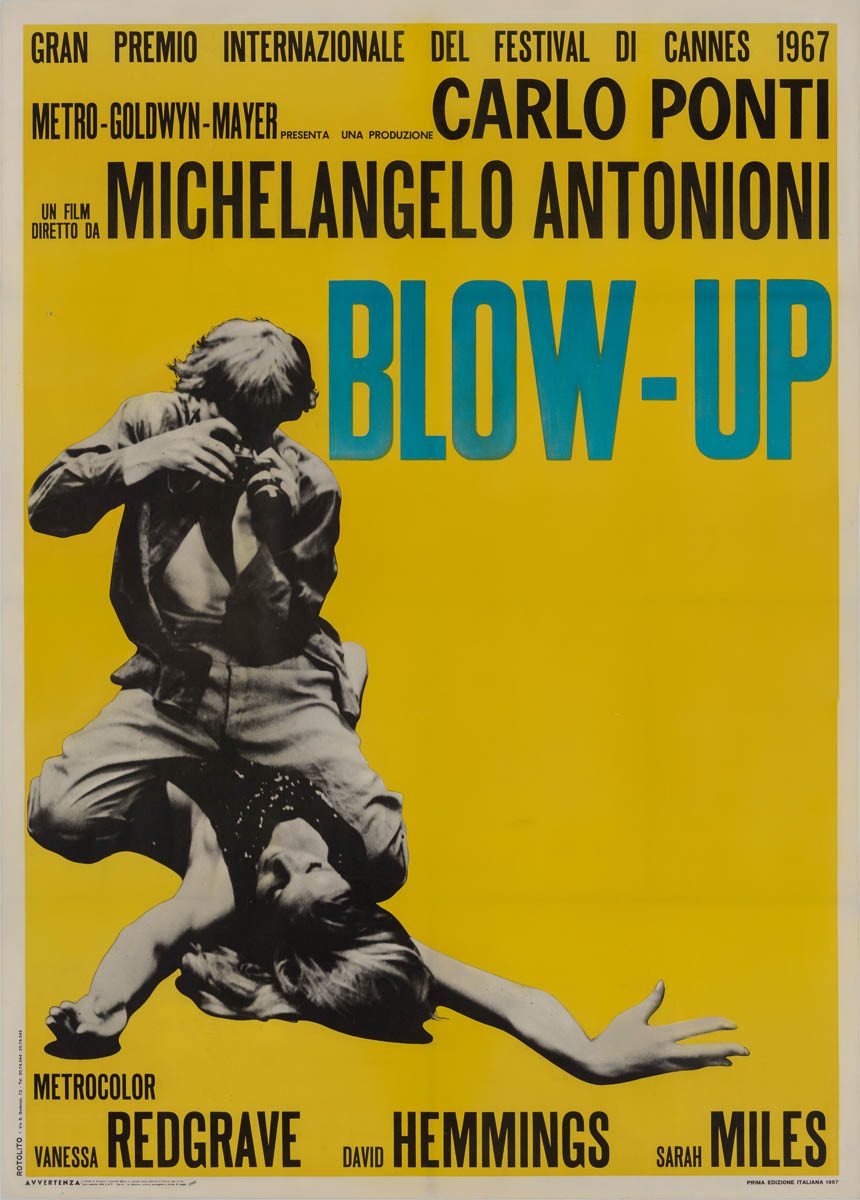 Grade: C7  Fine to Very Fine. Folded, single-sided. Prior to linen backing this was a theater used poster with minimal handling/edge/fold wear, several clean pinholes around the border from display and some slight cross fold separation, would grade much higher if not for a several inch long tear at the top fold. Now appears near mint.

This country-of-origin Italian poster is extremely rare and is one of the few true first printings for this hit film. In Italy, Blow-Up was released into theaters with three identical posters with different background colors — red, yellow, and green. The film ended up a box office smash and new, multi-colored posters were printed for the film. These later printings are considered first release, but not first printing. The yellow and green first printings remain particularly scarce to this day and are in high demand. 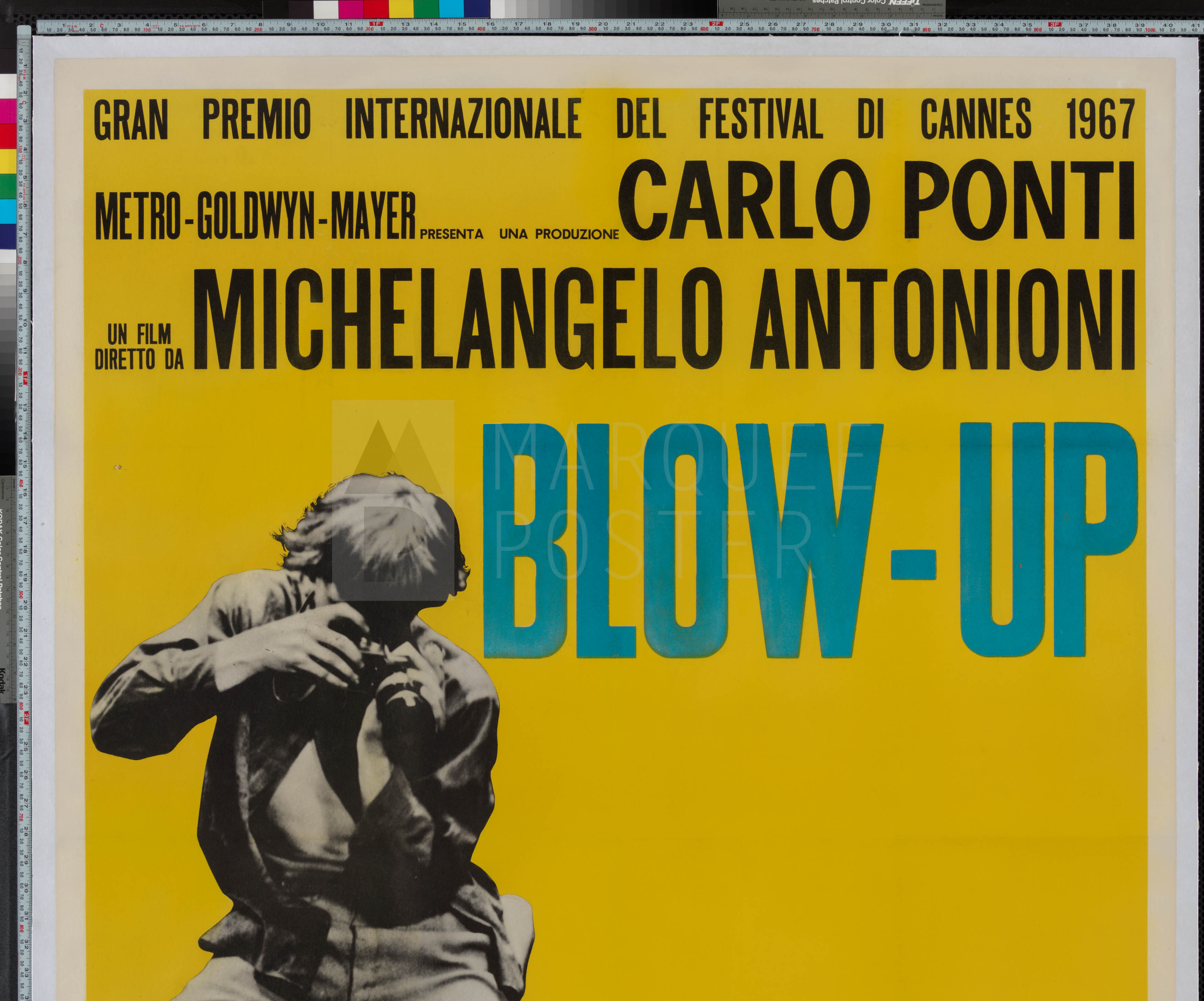 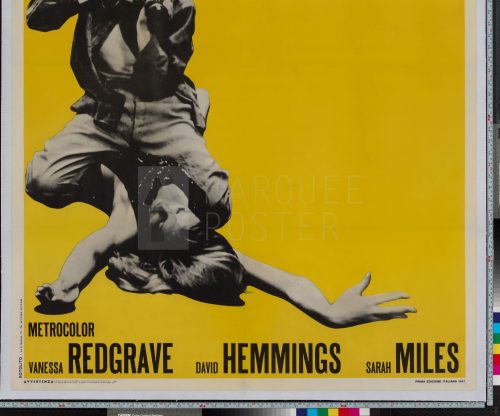 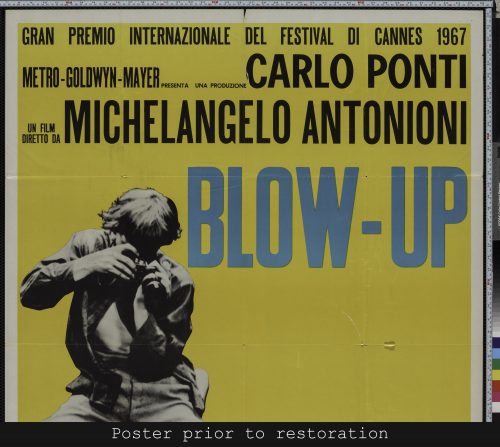 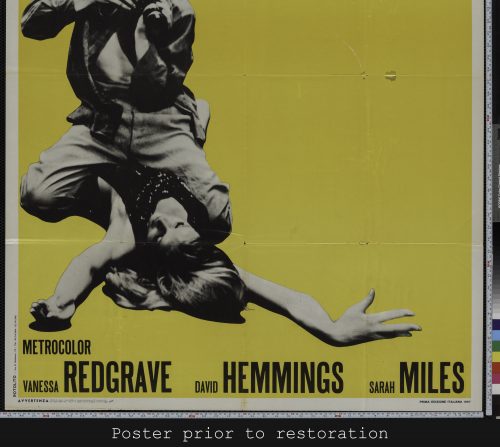 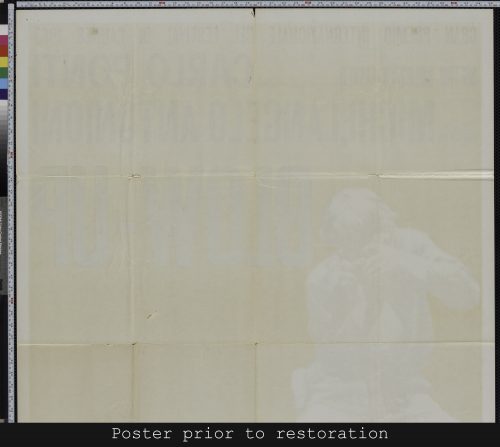 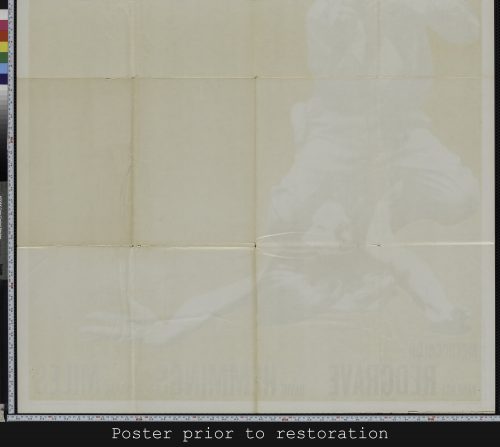