Film Plot: A retelling of the Orpheus and Eurydice myth, set during the time of the Carnaval in Rio de Janeiro.


When Marcel Camus decided to retell the Greek myth of Orpheus and Eurydice — one of the most tragic love stories of the ancient world — he made the radical decision to set it during the chaos of Carnival in Rio de Janeiro. Filled with amazing costumes and set to a killer bossa nova beat, Black Orpheus wowed audiences and critics alike — winning both the Academy Award for best foreign-language film and the Cannes Film Festival’s Palme d’Or in 1959.

This nearly 5′ tall STB poster features amazing art from famed Japanese illustrator Hisamitsu Noguchi. The design is a subtle re-working of the original French poster from Gilbert Allard. This tall, slender format had very low print numbers compared to regular Japanese B2s. They are very rare, especially for more popular film titles, and are highly sought after by collectors today. 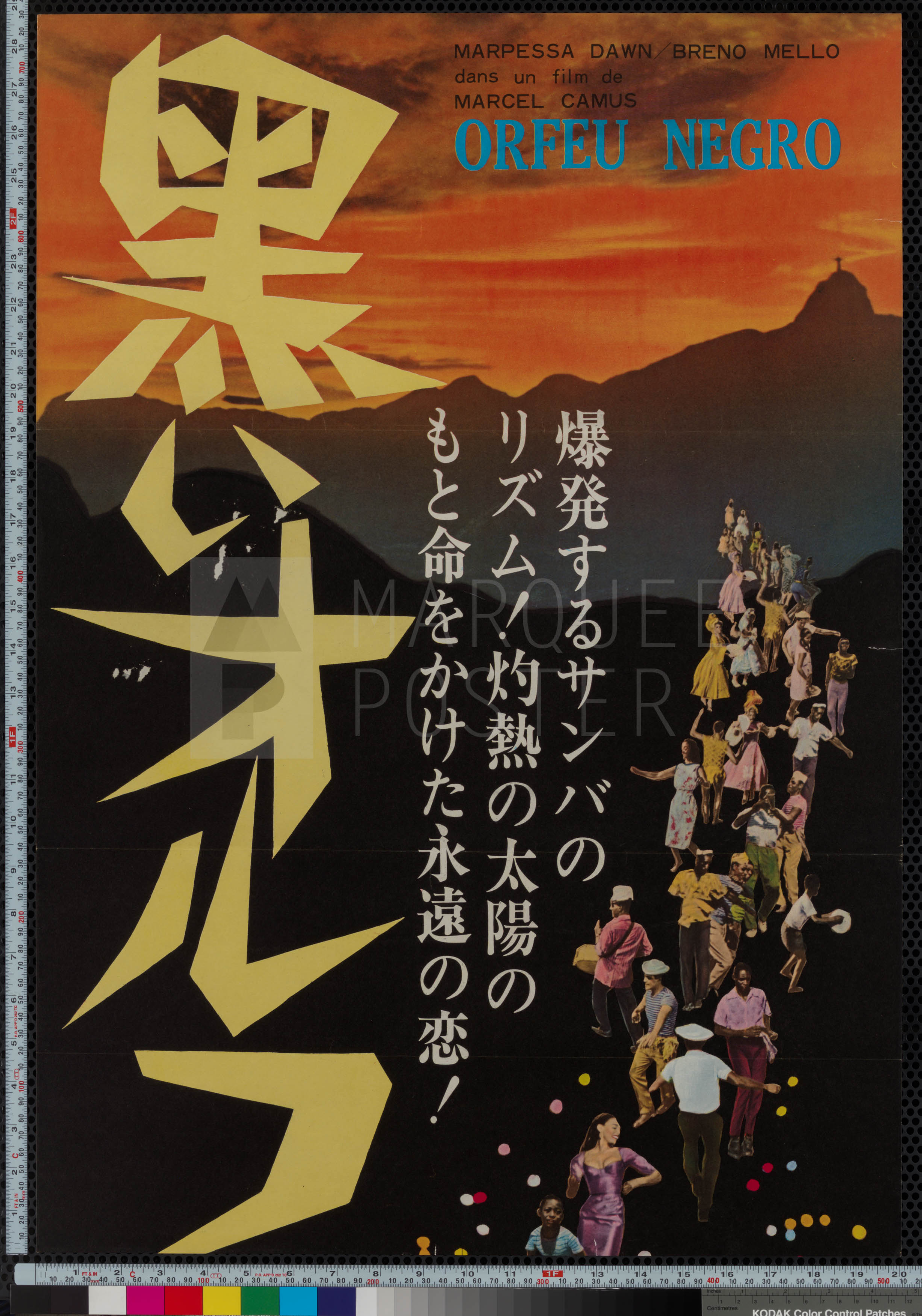 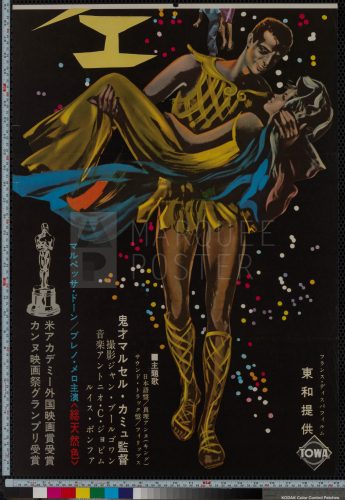 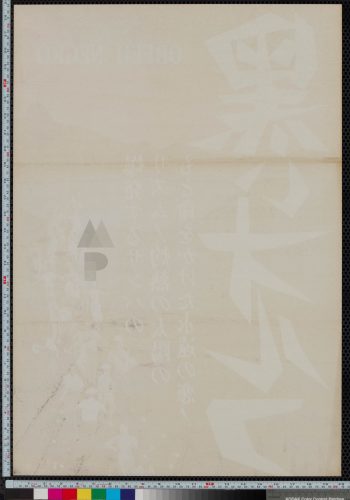 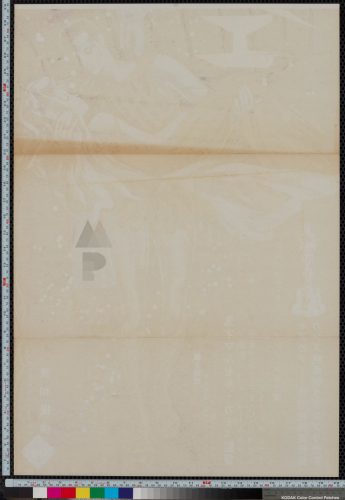