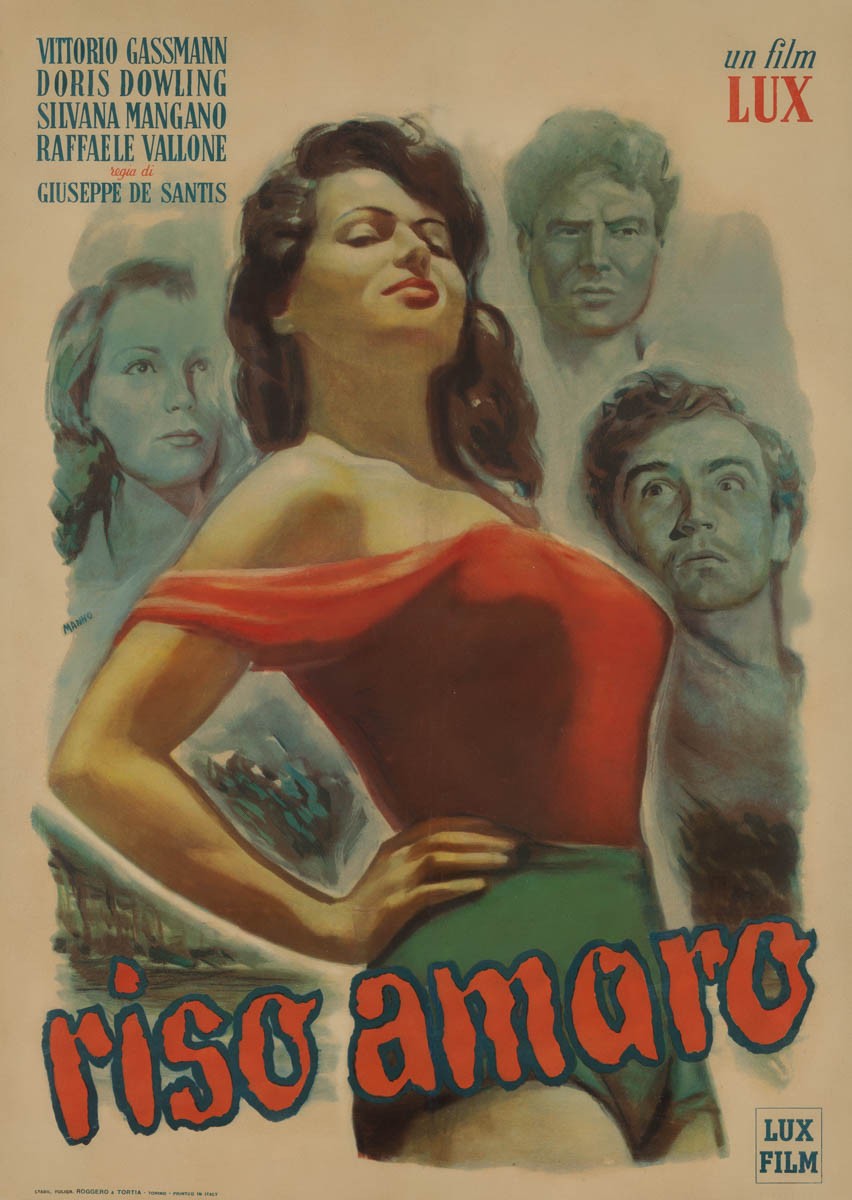 Film Plot: Francesca and Walter are two-bit criminals in Northern Italy, and, in an effort to avoid the police, Francesca joins a group of women rice workers. She meets the voluptuous peasant rice ...

Grade: C3  Good. Folded, single-sided. Prior to linen backing the poster was backed with kraft paper and had heavy handling/edge/fold wear and chipping at the border. The ink/paper had split along all the folds, but none of the artwork was missing. Lots of tape around the edges. Expert restoration including paper fills and airbrushing to the background have addressed all of these flaws and the poster now appears very fine.


Italian neorealism, also known as the Golden Age of Italian Cinema, produced some of the most important films in Italy’s history including Bicycle Thieves, Rome Open City, Nights of Cabiria and of course Bitter Rice. Written and directed by Giuseppe De Santis, Bitter Rice (Riso Amaro) is a hugely influential film and original release posters are extremely scarce from this post-WWII period. 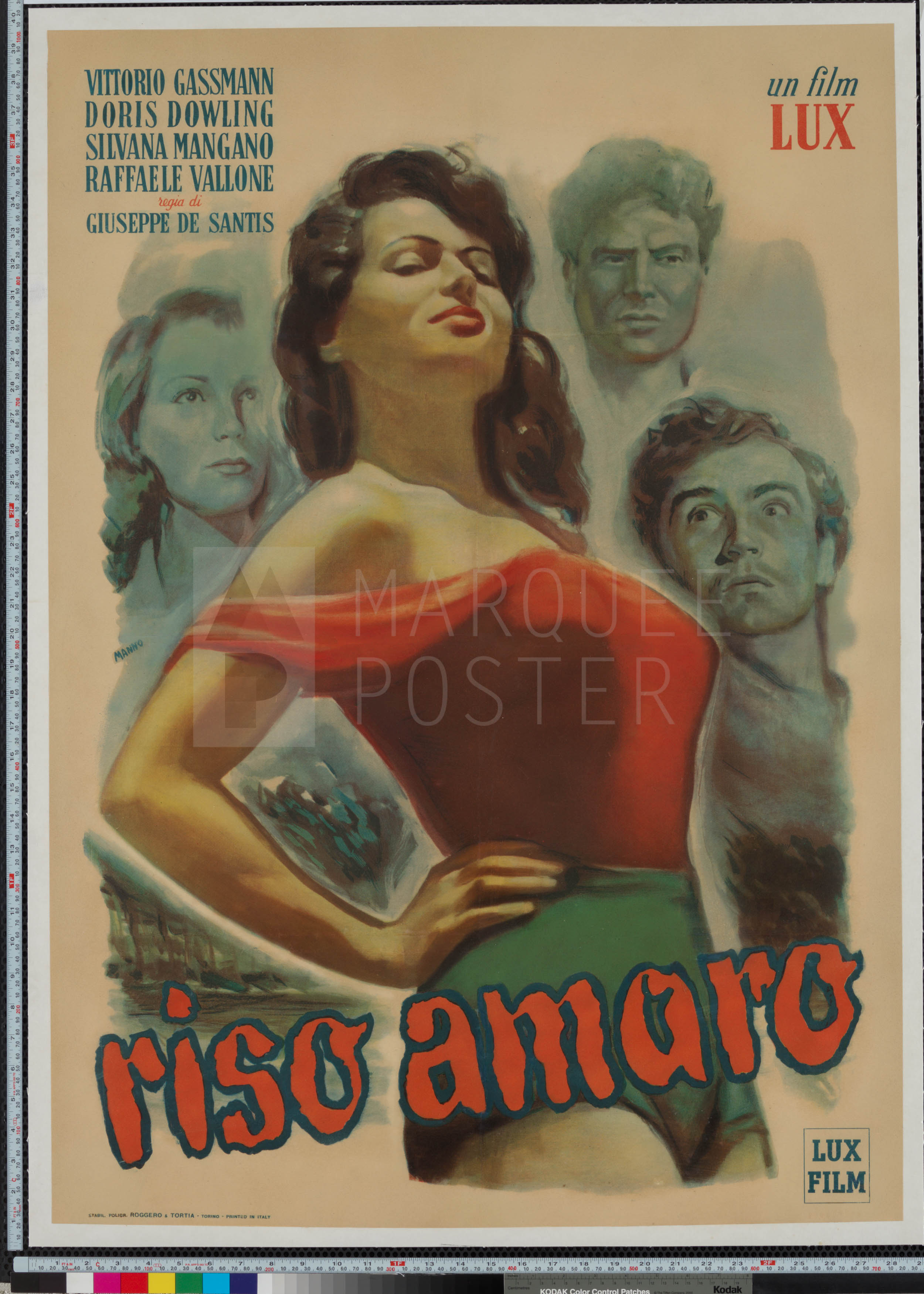