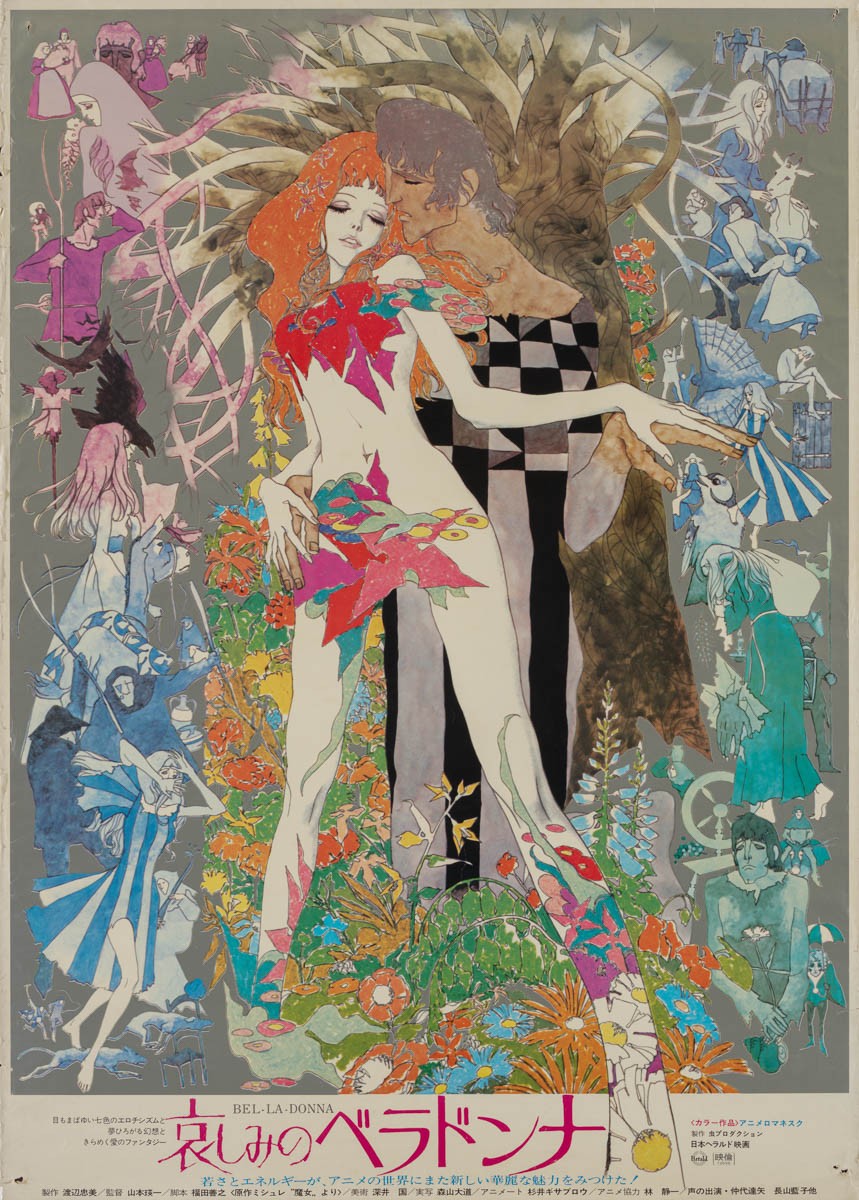 Film Plot: After being banished from her village, a peasant woman makes a pact with the devil to gain magical ability.


Belladonna of Sadness is one of the earliest adult-themed anime films and it set the stage for later manga classics such as Akira and Ghost in the Shell. There were actually two films preceding Belladonna in the loose Animerama trilogy, but this third film all but abandoned the comedic tones set in the previous films. Belladonna of Sadness is breathtaking in it’s visuals, which primarily consist of the camera panning across still paintings that were strongly influenced by western artists such as Aubrey Beardsley and Gustav Klimt. While the B2-size posters occasionally turn up for sale, like most B1s this larger poster is very rare, especially in this rolled state. Don’t miss your chance to own this wonderful poster for one of trailblazers of anime film. 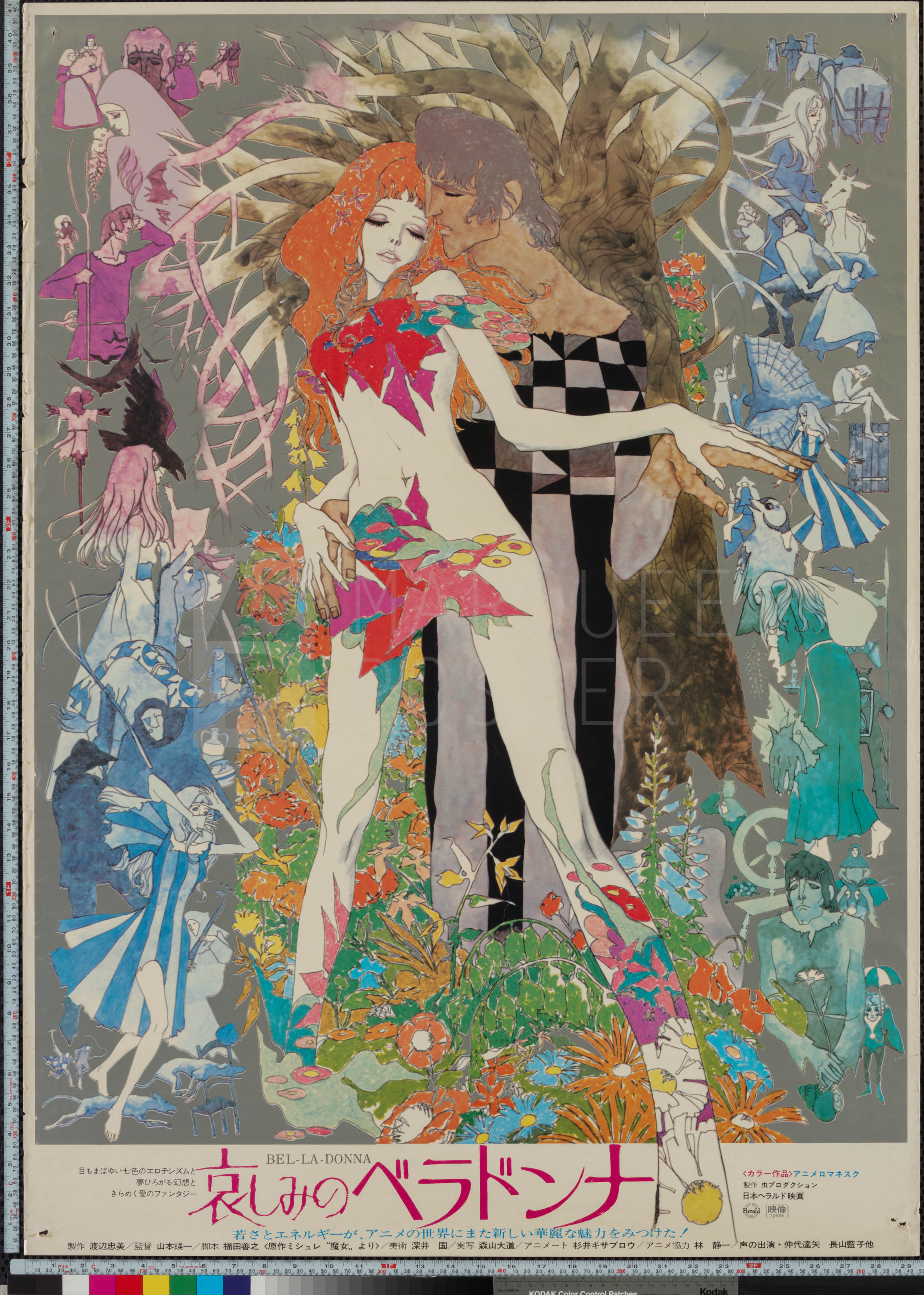