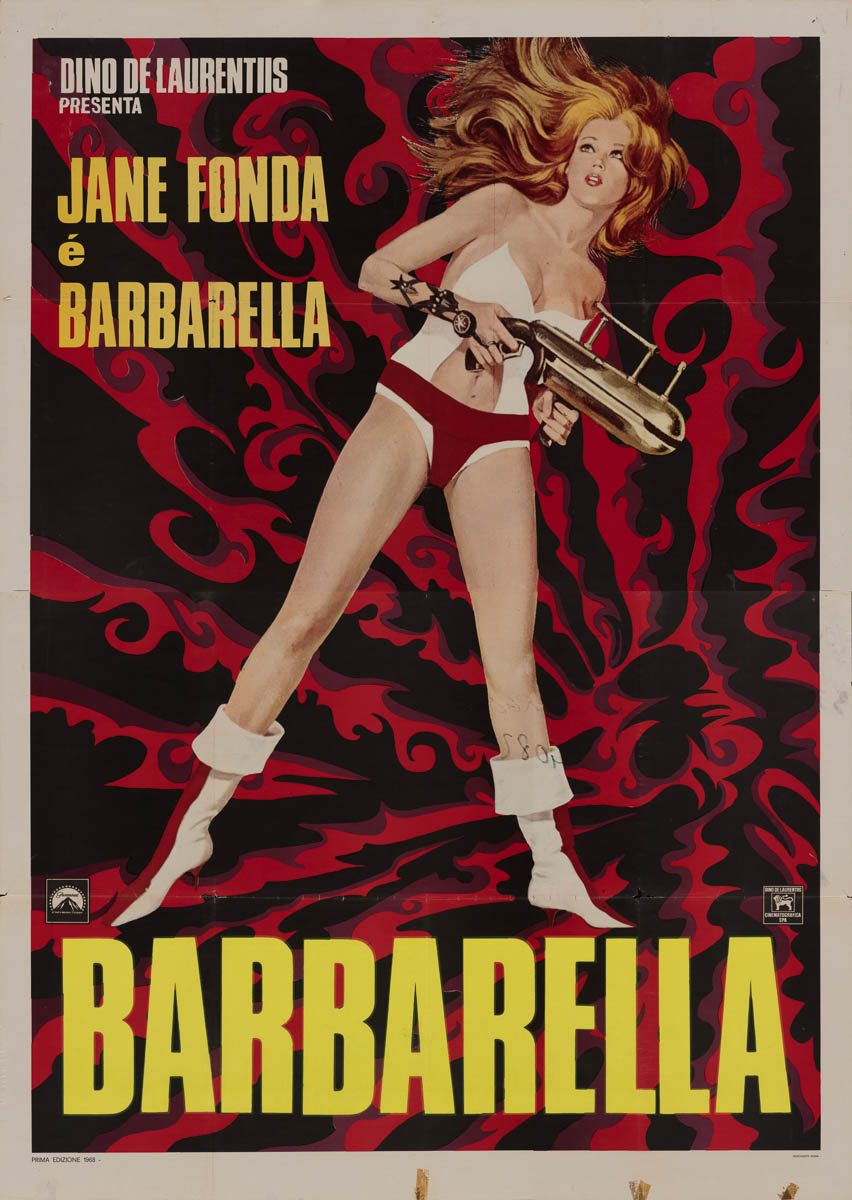 Film Plot: In the far future, a highly sexual woman is assigned with finding and stopping the evil Durand-Durand. Along the way, she encounters various unusual people.

Grade: C6  Fine. Folded, single-sided. Top C7: Theater used poster with moderate handling/edge/fold wear, some cross fold separation and minor chipping in the ER in Barbarella, several tiny tears along folds, pinholes and minor fold separation at the far left horizontal fold. Bottom C6: Theater used poster with moderate handling/edge/fold wear, approximately 3 inch diagonal tear on the far right and far left of the horizontal fold that barely extends into the artwork, many small tears and some chipping along the horizontal fold and at the cross folds, writing on the verso that slightly bleeds through to the front--especially visible on her leg and in the far upper right order, tape residue along the bottom, pinholes.


Barbarella is a campy sexploitation sci-fi film that is part Flash Gordon, part Faster, Pussycat! Kill! Kill! It was excoriated by critics upon release, but it has developed a devout cult following since. In such a small review space it would be impossible to list out all the ways Barbarella influenced modern culture, but a few are: 1) The out-there costume design was a direct inspiration for Jean-Paul Gaultier’s designs in The Fifth Element, 2) the Excessive Pleasure Machine (that Barbarella of course defeats) was a direct influence on the Orgasmatron in the 1973 Woody Allen film, Sleepers, and 3) the band Duran Duran is named after a character in the film, Doctor Durand Durand — which they later returned the favor by writing the song Electric Barbarella! This film’s importance on pop culture cannot be overstated!

This massive Italian teaser poster is the Holy Grail for this 60s fantasy sci-fi sex masterpiece! The original McGinnis design was re-purposed by Italian artist MOS and given a psychedelic background and day-glo title treatment (glows when exposed to UV black lights). The rarity of this poster cannot be overstated. In all my years of collecting I have only seen two copies of the smaller Italian 2-foglio. When I stumbled across this one it was the first time I’ve ever even heard of this impressively sized 4-foglio poster existing. This poster is hot, hot, hot and would make a statement as bold as Barbarella herself in any room. 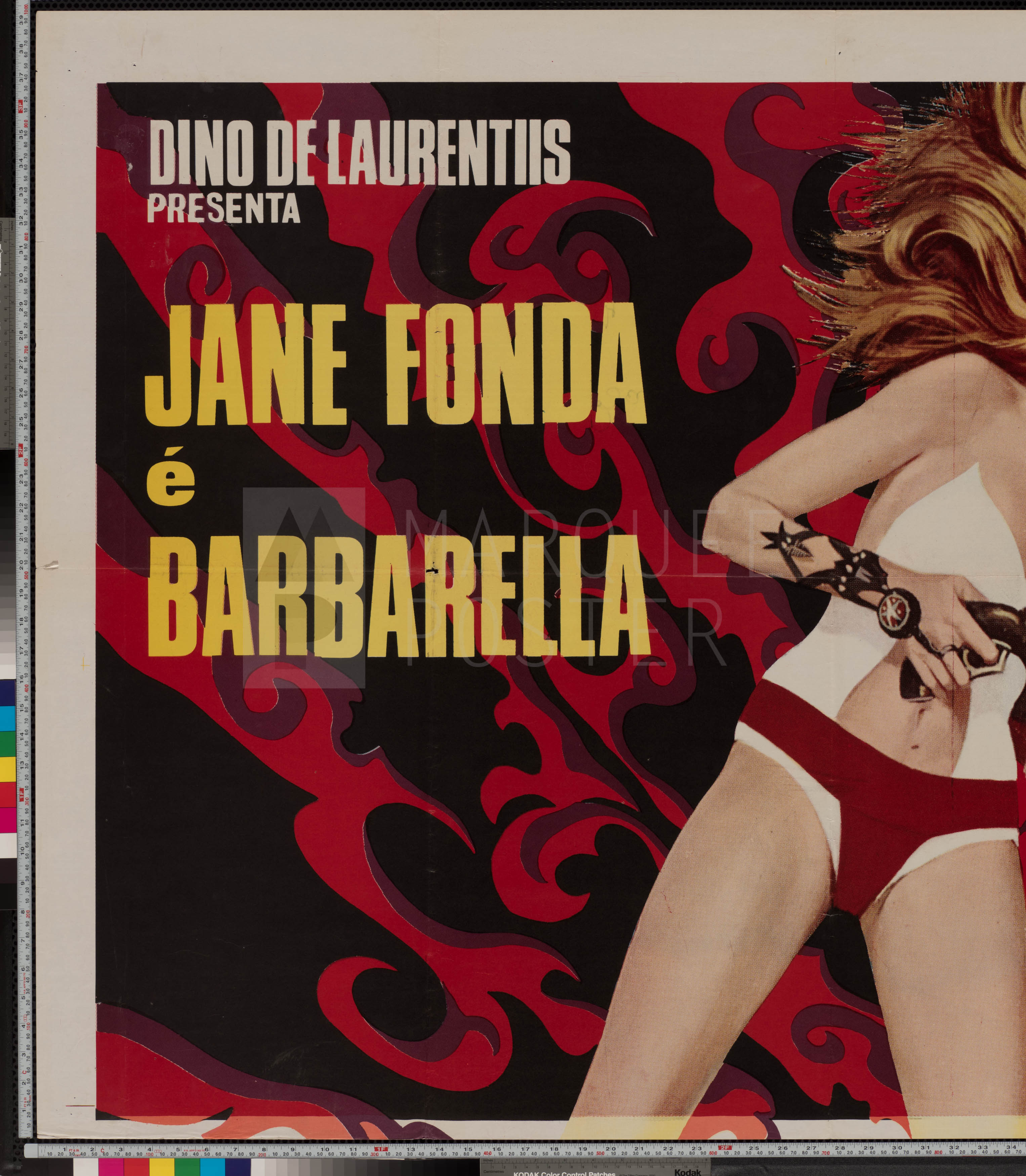 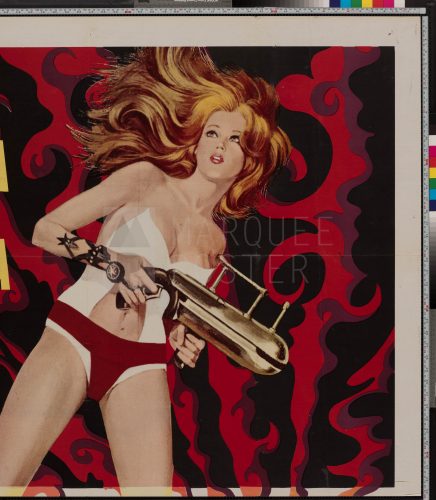 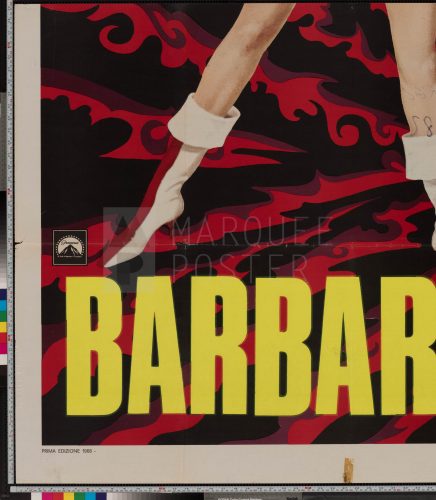 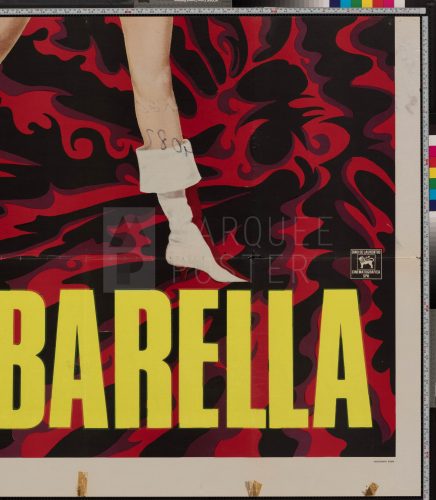 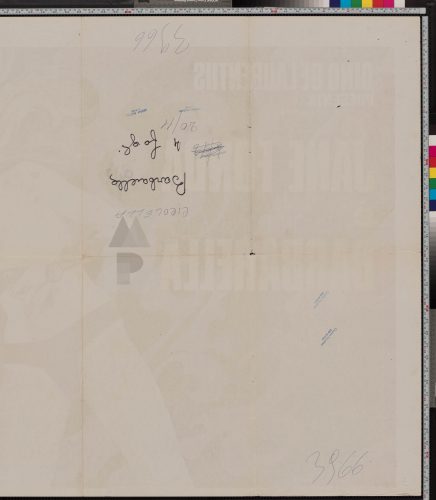 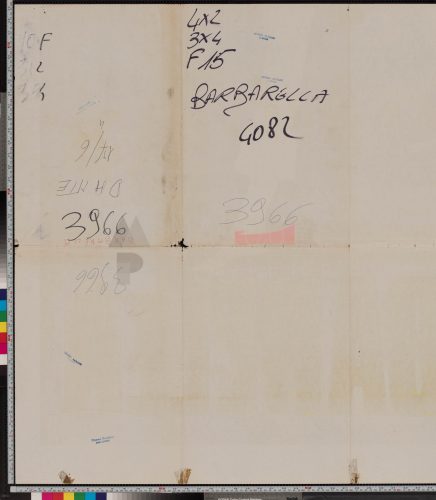 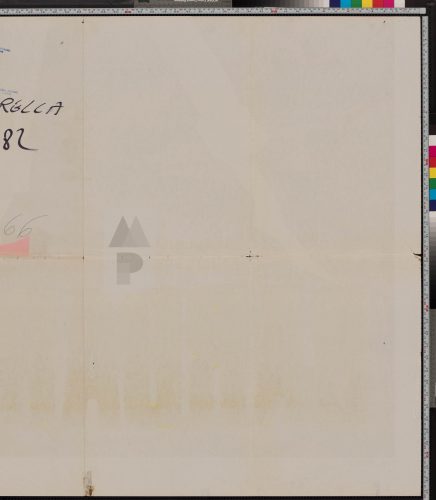