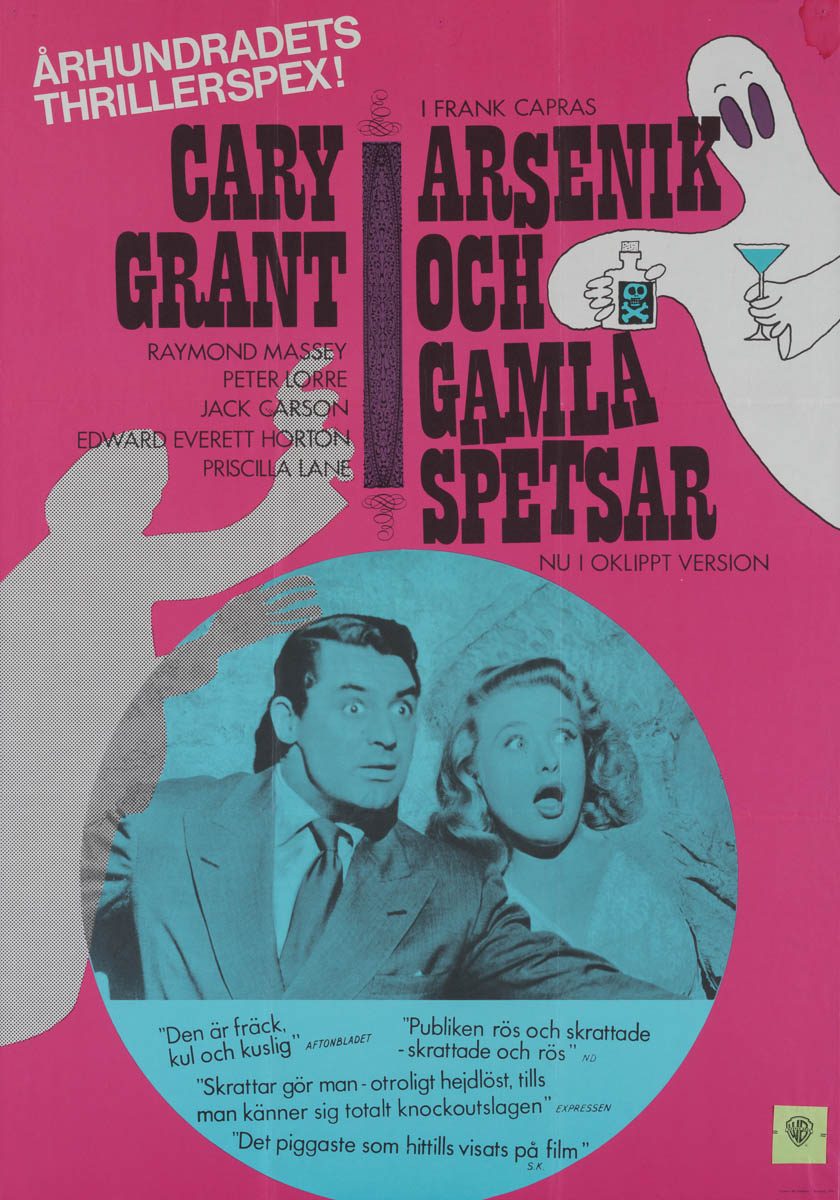 Film Plot: A drama critic learns on his wedding day that his beloved maiden aunts are homicidal maniacs, and that insanity runs in his family.


Arsenic and Old Lace was a very successful broadway play about the seemingly sweet elderly Brewster sisters, who are in fact serial killers that poison elderly gentlemen — out of charity! Cary Grant plays their nephew, a theater critic who is bringing his fiancee home to meet that family — which is rounded out by an insane uncle, the aforementioned homicidal aunts, and his gangster brother who is on the run and who had a botched plastic surgery job that makes him look like Boris Karloff in Frankenstein (famously played on Broadway by the one and only Boris Karloff!). As you can imagine, hilarity ensues. This 1970s Swedish re-release B1 is very playful with great colors. 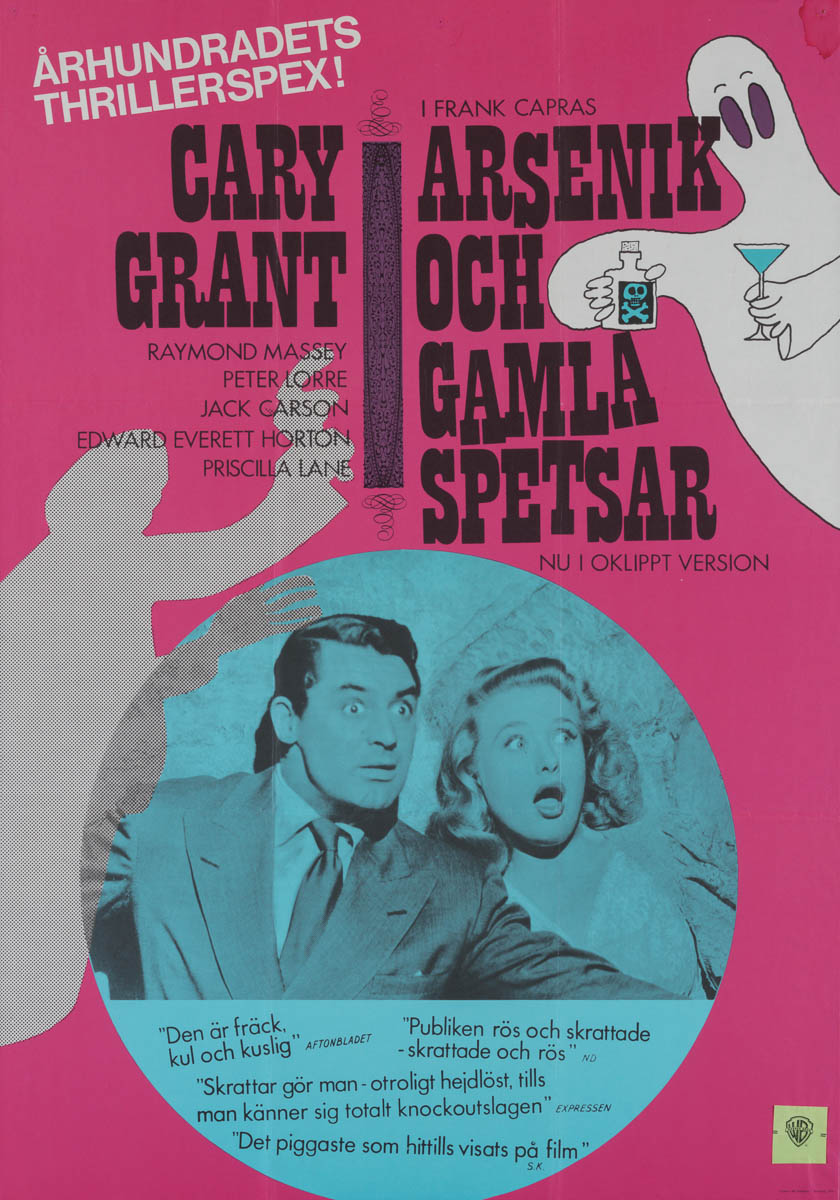 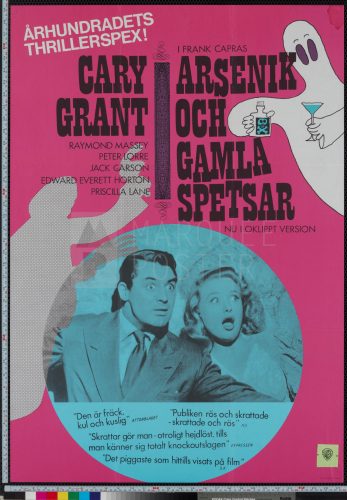 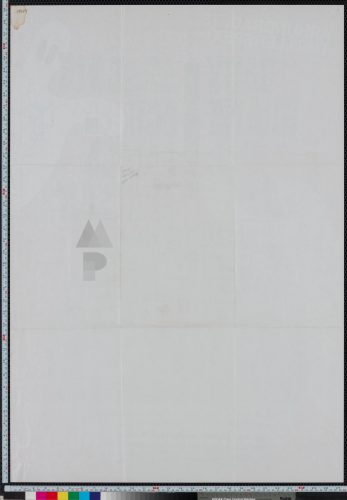