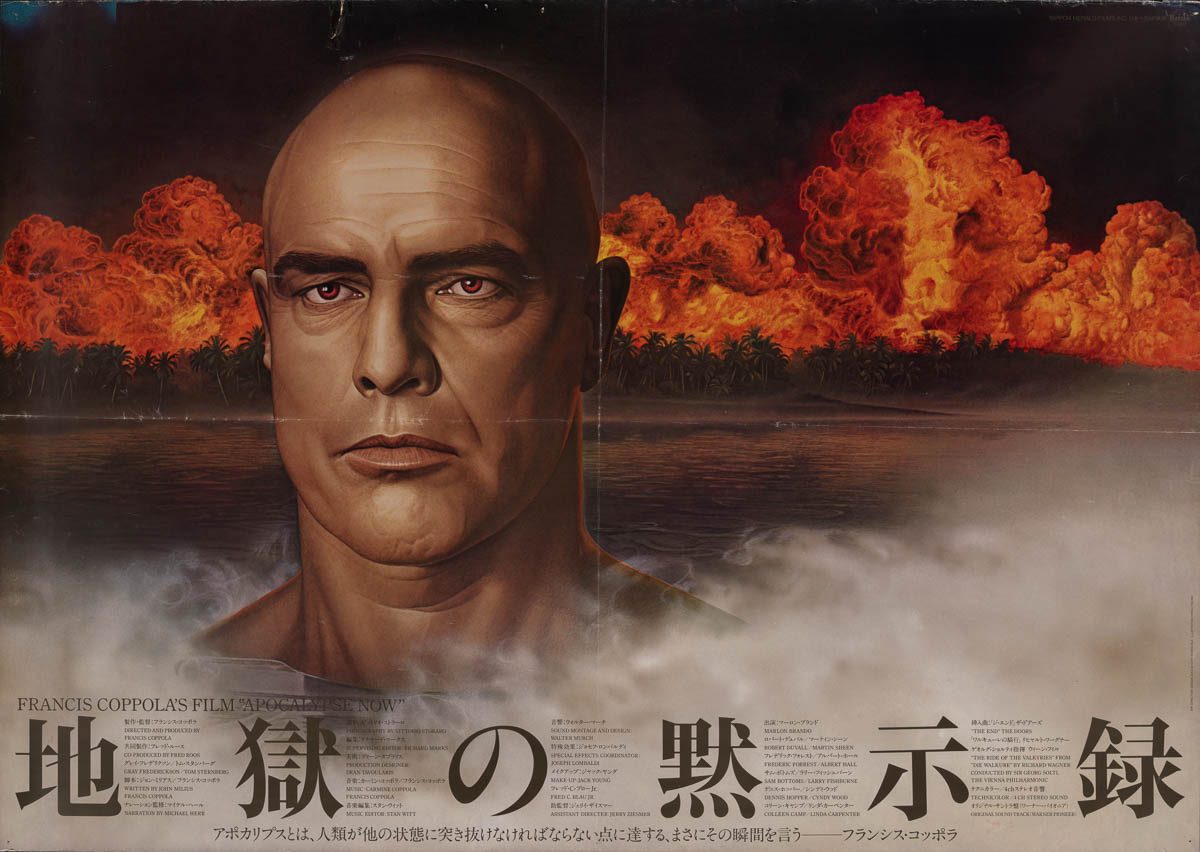 Grade: C6  Fine. Folded, single-sided. Theater used poster with moderate handling/edge/fold wear, several pinholes around the perimeter, a bit of edge wear in the top two corners, a small tear at the top edge above Brando repaired with tape on the verso, and the poster was folded once horizontally and once vertically with light ink loss along the folds. With strong original colors and damage that is easy to repair, this poster would look amazing after restoration.

This incredible Japanese B0 poster is from famed surrealist and set and costume designer, Eiko Ishioka. In fact, Ishioka’s work on the pair of Japanese B0s for Apocalypse Now is likely what helped her make the jump from advertising to film production design. Francis Ford Coppola latter hired Ishioka to design the elaborate costumes for Bram Stoker’s Dracula in 1991, for which she won an Academy Award. This “creepy Brando” style B0 is one of the most unsettling and intense posters for the film and is extremely rare! 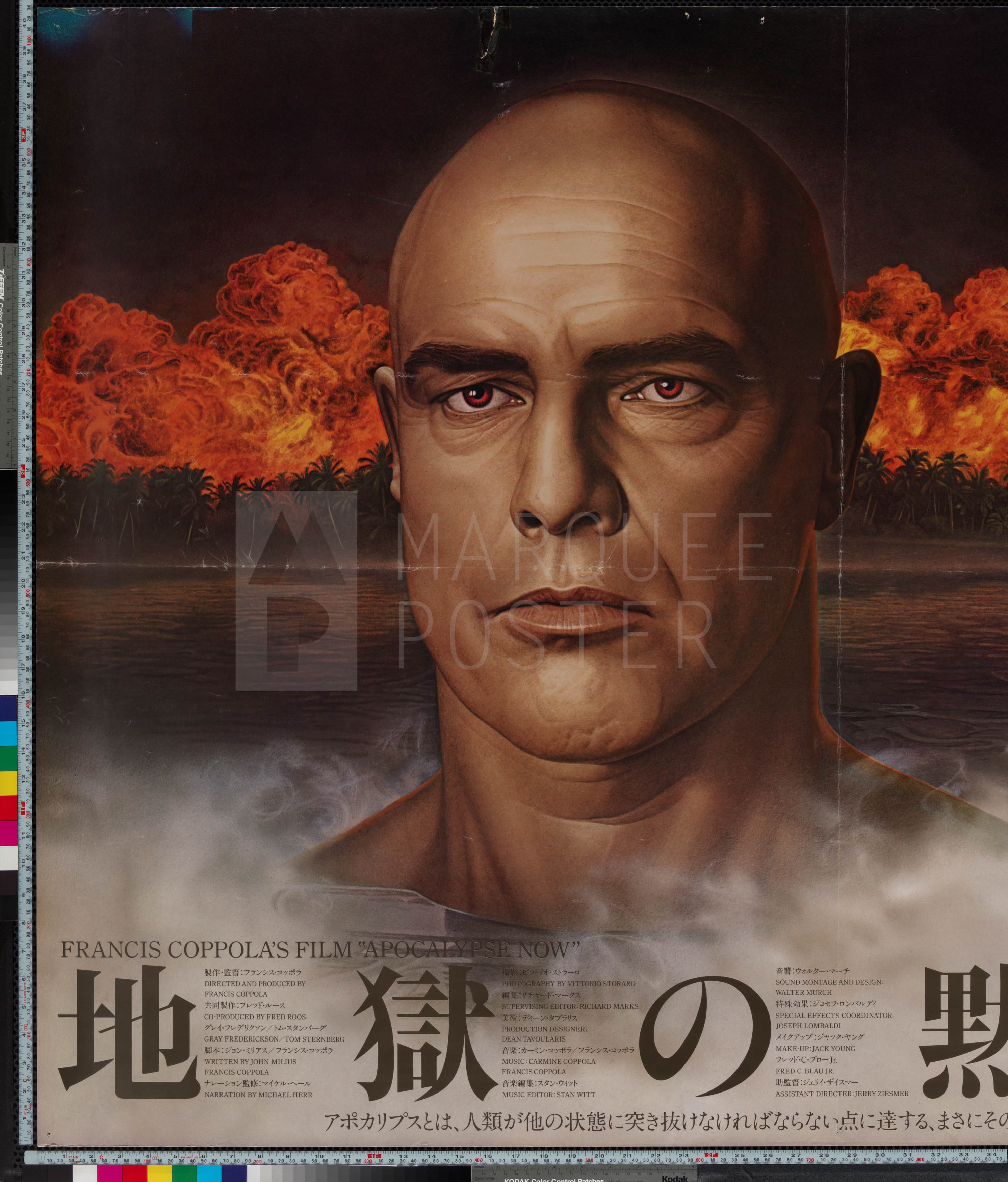 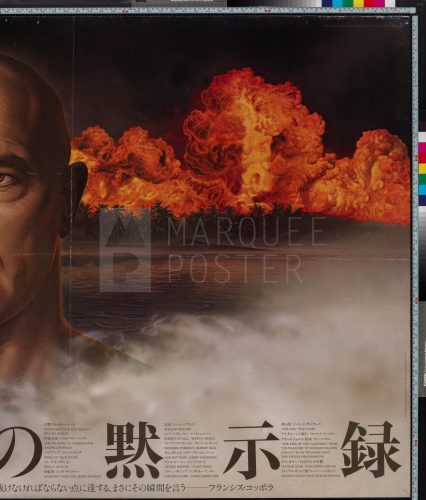 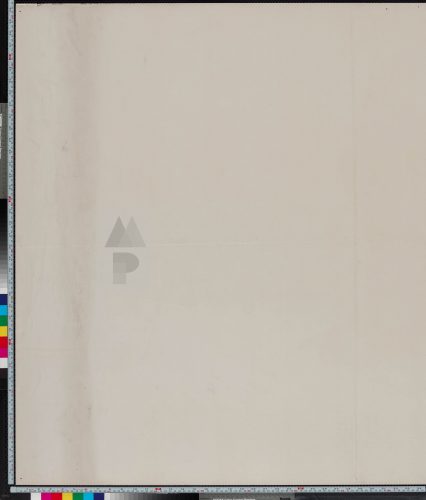 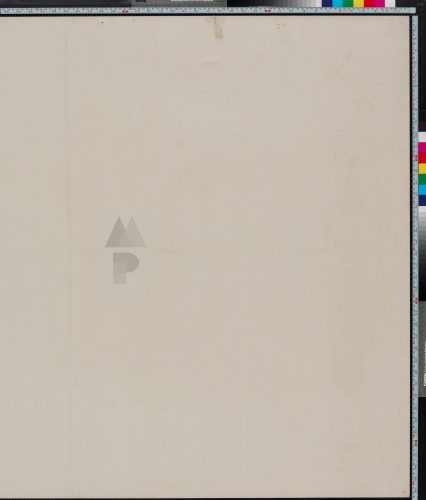