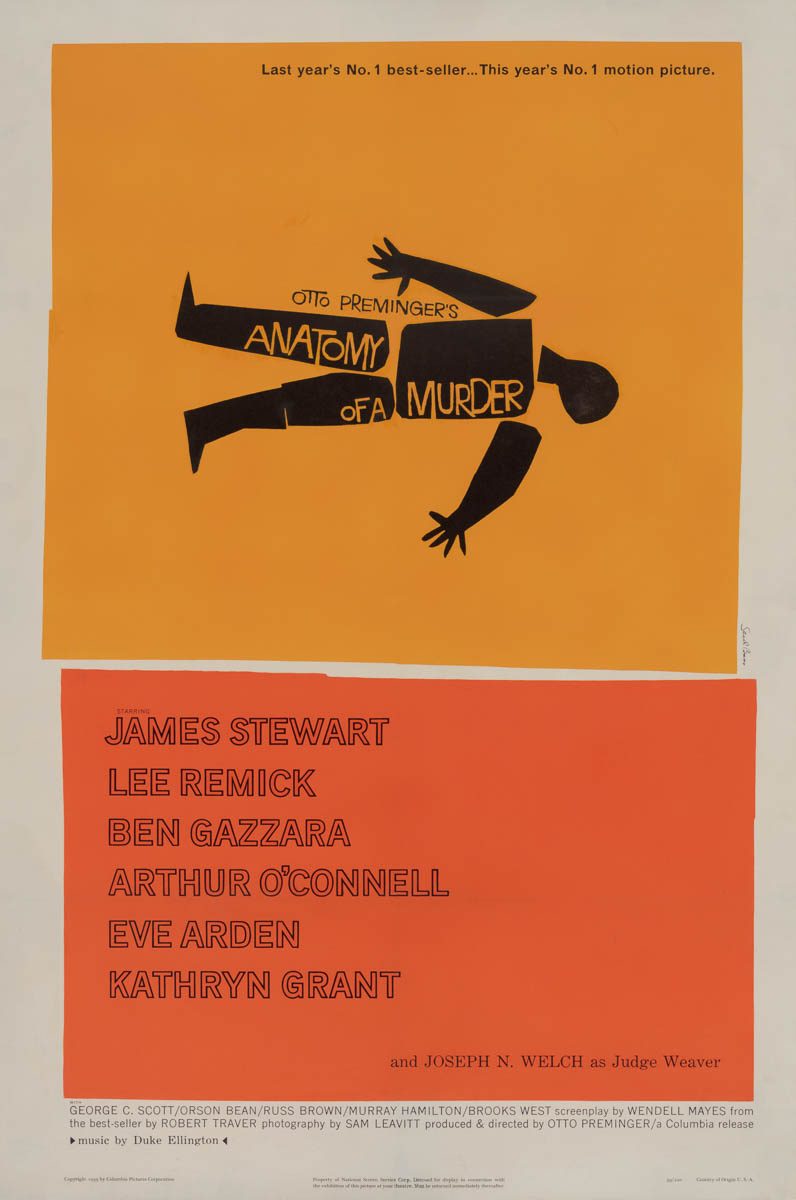 Anatomy of a Murder

Poster title: Anatomy of a Murder

Film title: Anatomy of a Murder

Film Plot: In a murder trial, the defendant says he suffered temporary insanity after the victim raped his wife. What is the truth, and will he win his case?

Grade: C4  Very Good. Folded, single-sided. Prior to linen backing this was a theater used poster with heavy wear from display and use, three paper chips in the lower edges, a several inch tear through the credits, a small area of uneven fading along the top of the top orange section, and light cross fold separation. After an expert restoration including paper fills and light airbrushing along the top edge, it now appears very fine.


One of the most amazing courtroom thrillers ever, Anatomy of a Murder’s accurate portrayal of trial law and graphic descriptions of sex and violence paved the way for nearly every courtroom procedural that followed. The taut direction from Otto Preminger and a knockout performance by James Stewart elevate this film to masterpiece status!

The US 1-sheet is always highly sought after for featuring intense and oft-imitated Saul Bass art. This early modernist poster would look right at home in a mid-century decor. 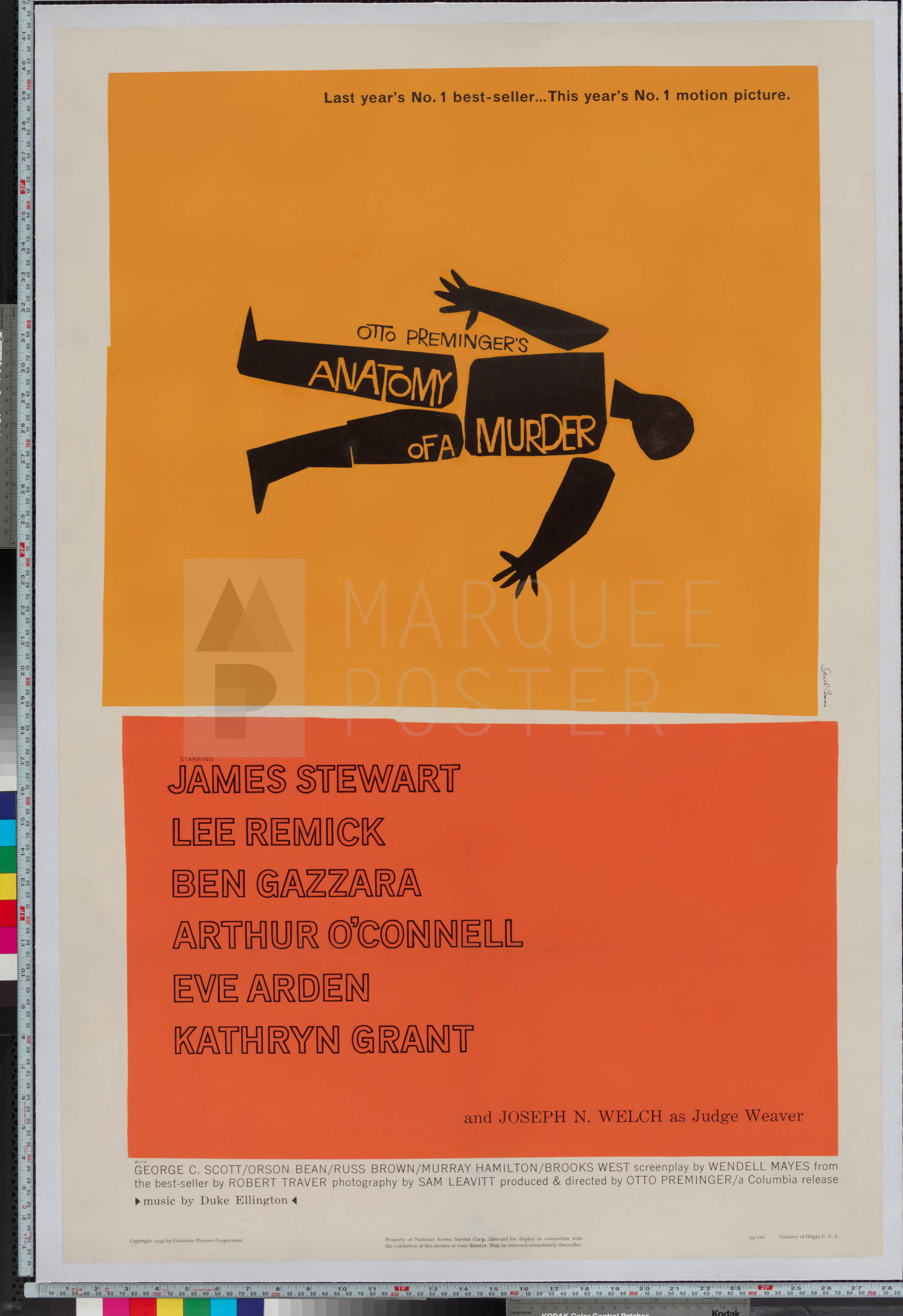 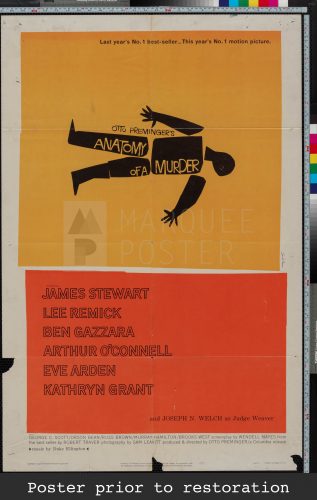 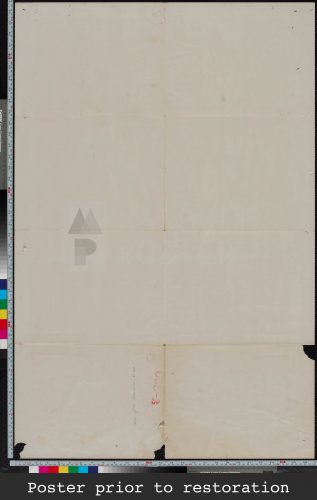