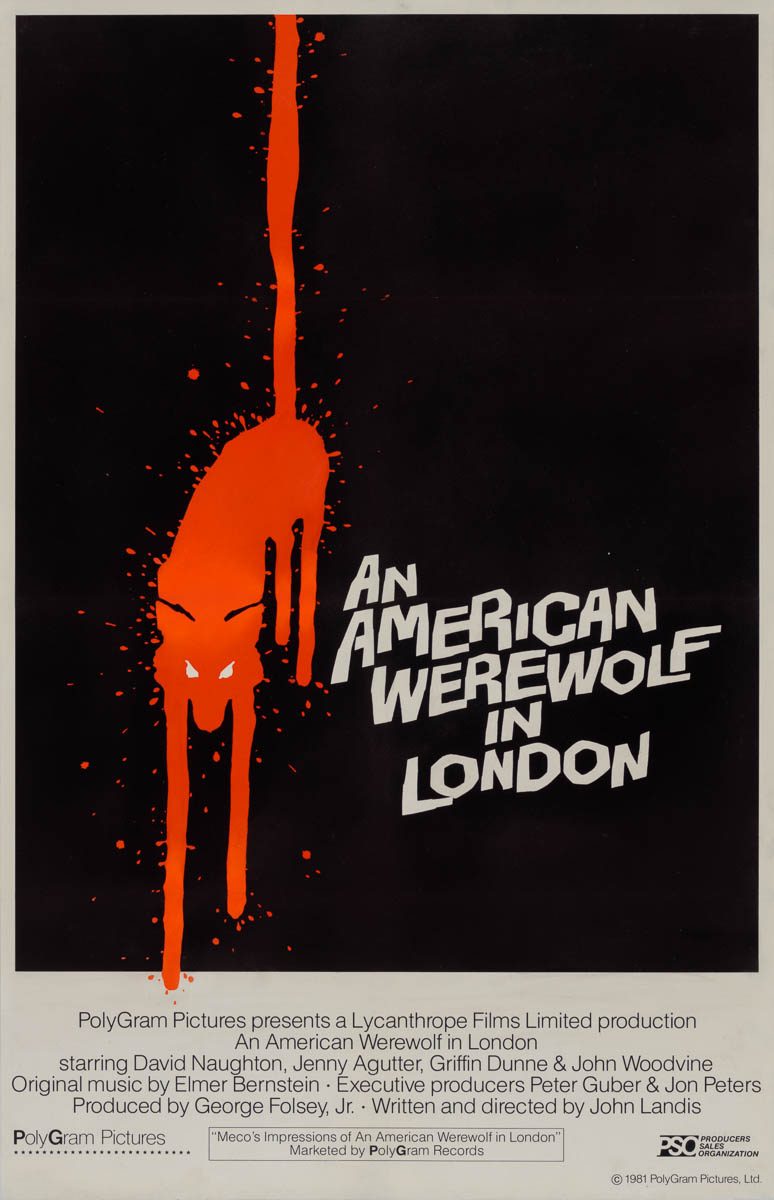 Film Plot: Two American college students on a walking tour of Britain are attacked by a werewolf that none of the locals will admit exists.

Grade: C5  Very Good to Fine. Folded, single-sided. Prior to linen backing this was a theater used poster with moderate handling/edge/fold wear, ink loss along folds, misfolds, tape remnants on the surfaced in the black background from a snipe that was removed and numerous pinholes in the corners. After an expert restoration it now appears very fine to near mint.


An American Werewolf in London was made in the 1980s, the golden age of practical special effects horror! Not only is the film genuinely fun and scary, but the special effects from Rick Baker really set a new bar for the industry as a whole. All of the various wolf man movies since the beginning of cinema had depicted the transformation from human to beast in one way or another. Most did so with film dissolves, which meant the actor transforming had to sit ***completely still***. The end result was indeed a transformation, but a distracting and unbelievable one for the audience. For An American Werewolf in London, Rick Baker combined a series of robotic, servo-motor controlled effects intercut with heavy latex make-up shots of the actors. When edited together they showed a painfully believable and gruesome transmutation. Before this film, the director, John Landis, was mainly known for his comedy work with Animal House and The Blues Brothers. However, it probably comes as no surprise to hear that he grew up watching Saturday afternoon monster movie matinees in the late 1950s. According to him, the practical effect’s masterpiece from Ray Harryhausen, the 7th Voyage of Sinbad, was the film that most impacted his life’s trajectory!

This extremely rare UK one sheet is probably the most desirable poster for the cult film. It features an amazing minimalist vibe — you’d almost swear it was done by Saul Bass with the hand drawn font and bright red wolf in abstract! While the designer of this particular piece is unknown, it has in no way impacted the desirability of this epic poster. 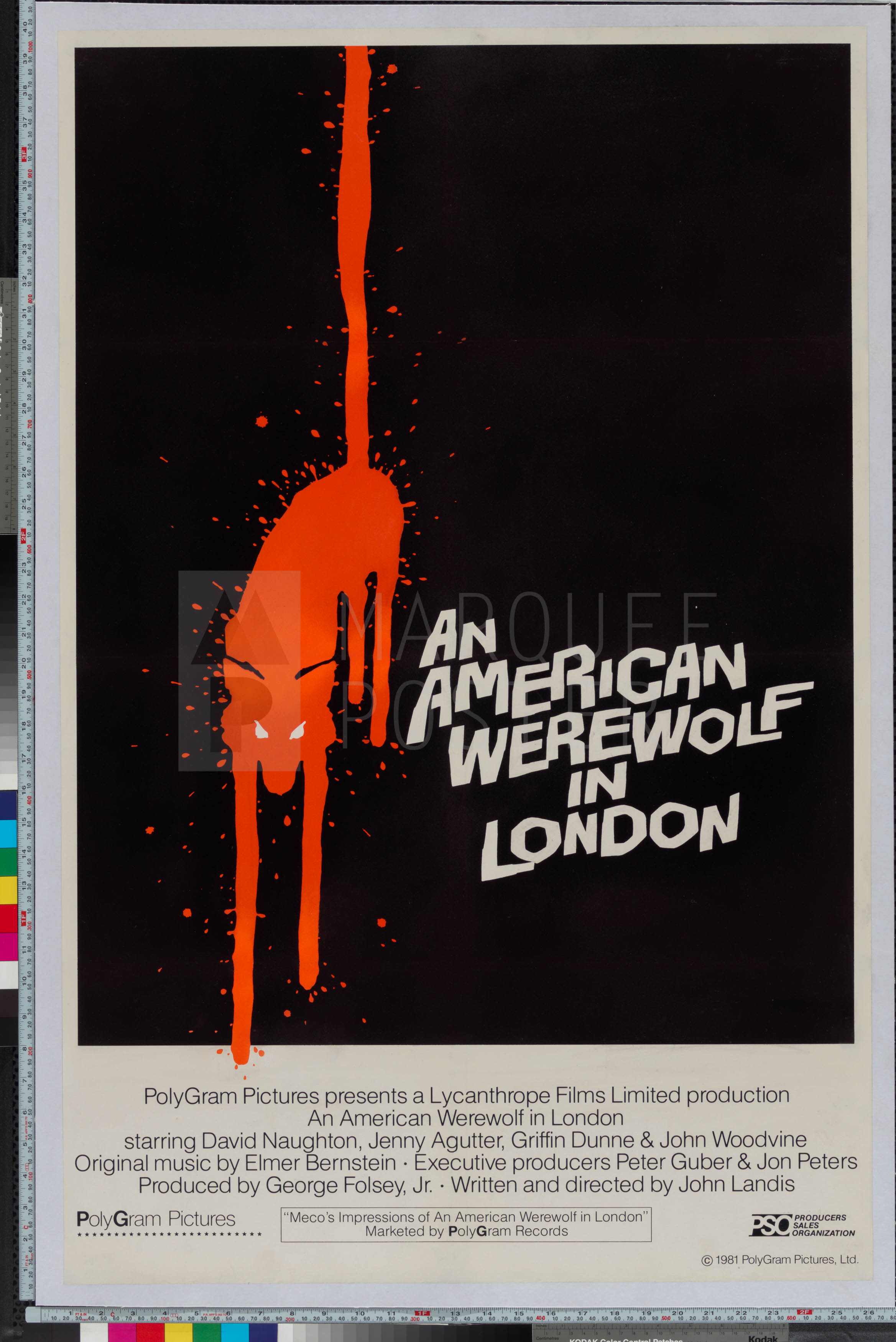 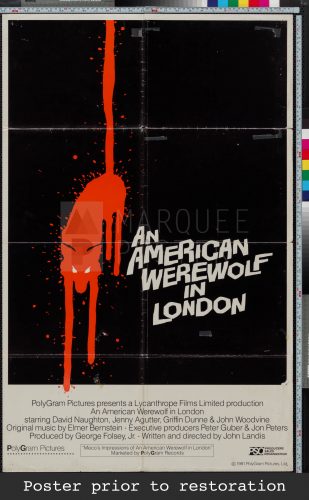 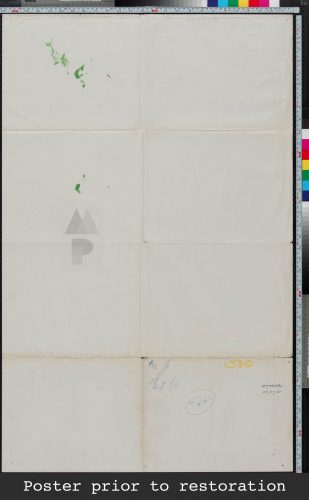