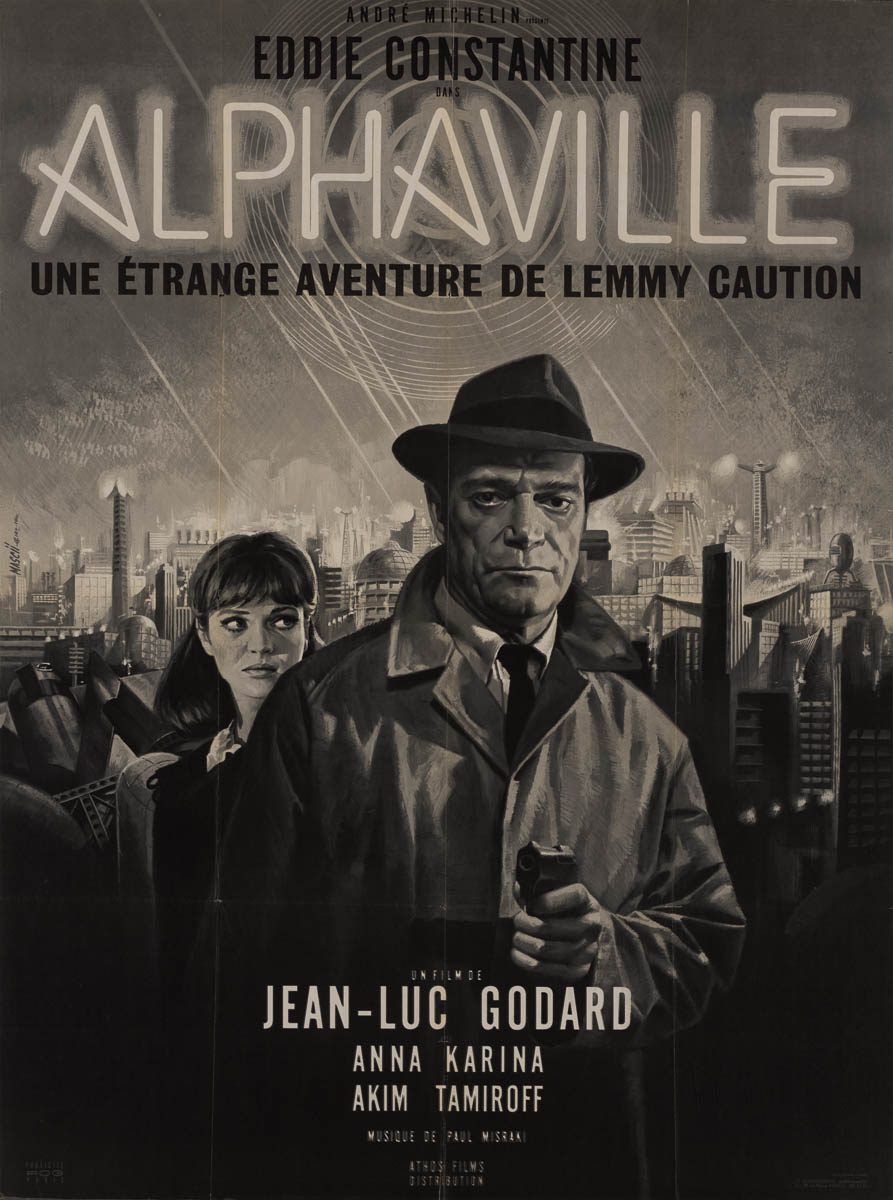 Film Plot: A U.S. secret agent is sent to the distant space city of Alphaville where he must find a missing person and free the city from its tyrannical ruler.

Grade: C7  Fine to Very Fine. Folded, single-sided. Unused poster with very minimal edge/handling/fold wear, some tiny cross fold separation, a few small tears around the edges, the largest of which is about an inch in the bottom left corner. Very slight off register printing only in the lower credits.


A sci-fi film-noir set in Paris from Jean Luc Godard? Where do I sign up?!?! Eddie Constantine plays to his hard-boiled type as Lemmy Caution, the man who will destroy the almost-human computer named Alpha 60, the leader of the totalitarian state of Alphaville. Of course, things get (more) complicated when Lemmy falls in love with Natacha (Anna Karina), who is the daughter of the designer of Alpha 60. Later neo-noirs like Blade Runner and The Terminator would not have been possible without this ground-breaking film!

This country-of-origin 1-panel features an amazing retro-futurist design from famed French illustrator Jean Mascii. On this particular design Mascii’s work looks nearly photographic and is an amazing statement in monochrome. 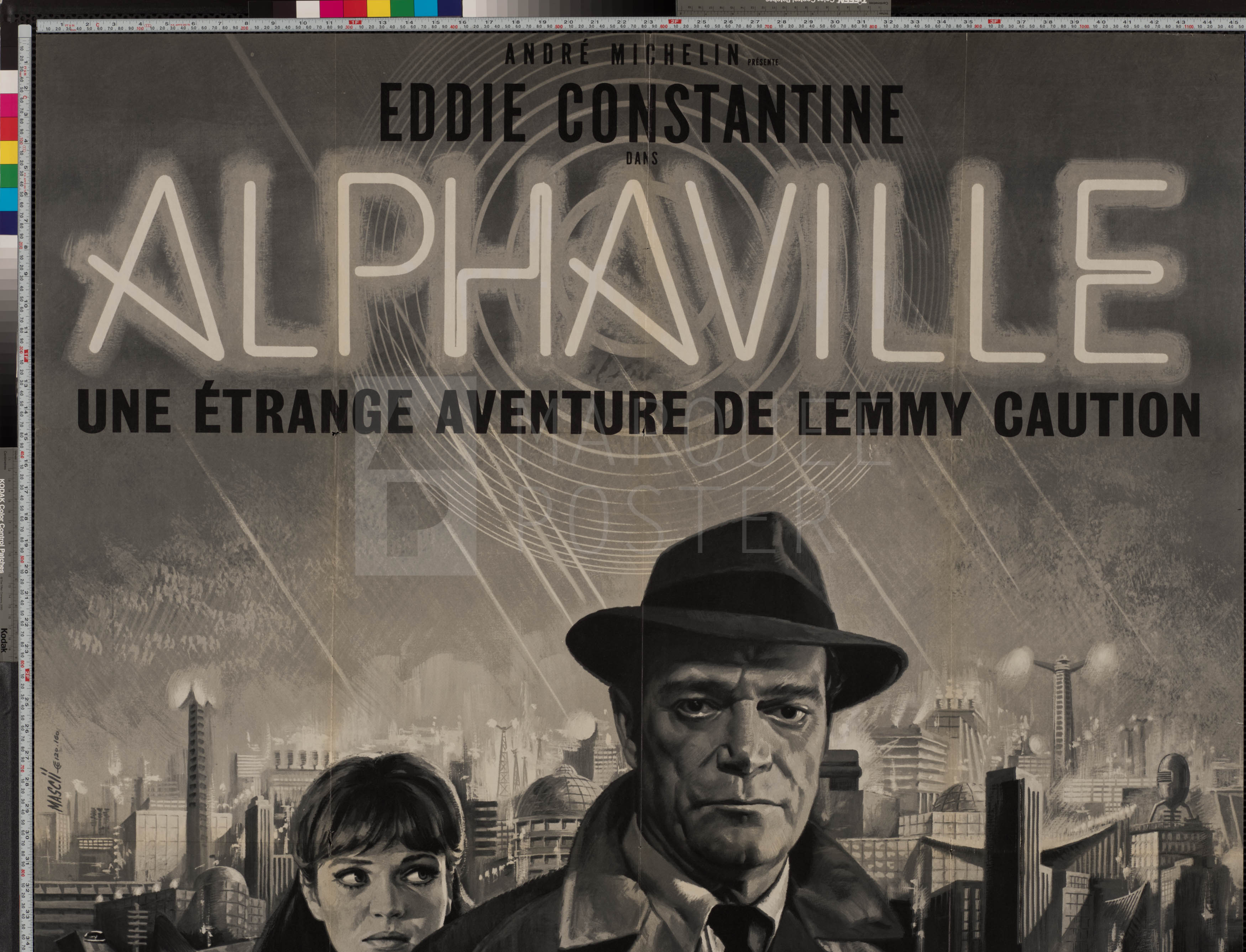 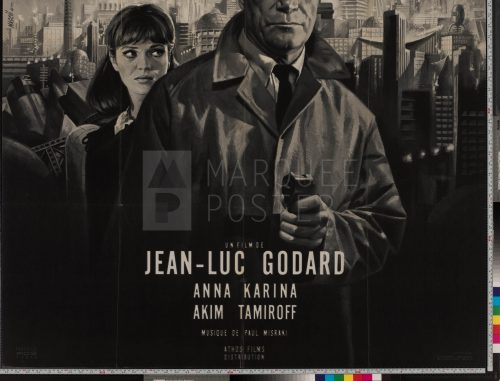 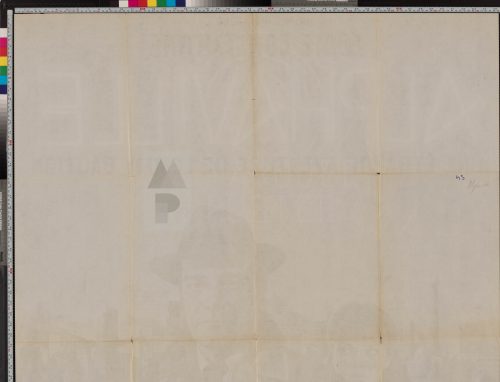 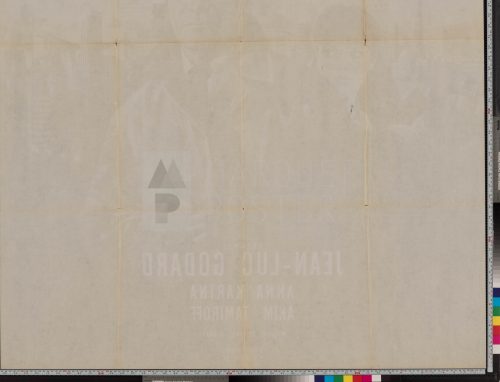