Grade: C8  Very Fine. Rolled, single-sided. Unused poster with only minor handling/edge/surface wear. Would grade higher if not for some light surface wear, some very minor rippling on the edges and the paper having somewhat yellowed over time.

Nearly all B1 posters are rare in Japan as very few of the larger size posters were printed compared with standard B2 posters. This B1 for Aliens is no exception with only several examples having ever surfaced. It also features a similar design to the recalled US 1-sheet — a powerful image of Ellen Ripley’s hero character — but studios deemed too violent/scary by including Newt’s character. The US 1-sheet was quickly replaced with a (boring) text only design, but luckily this intense image still made it on some of the foreign paper. 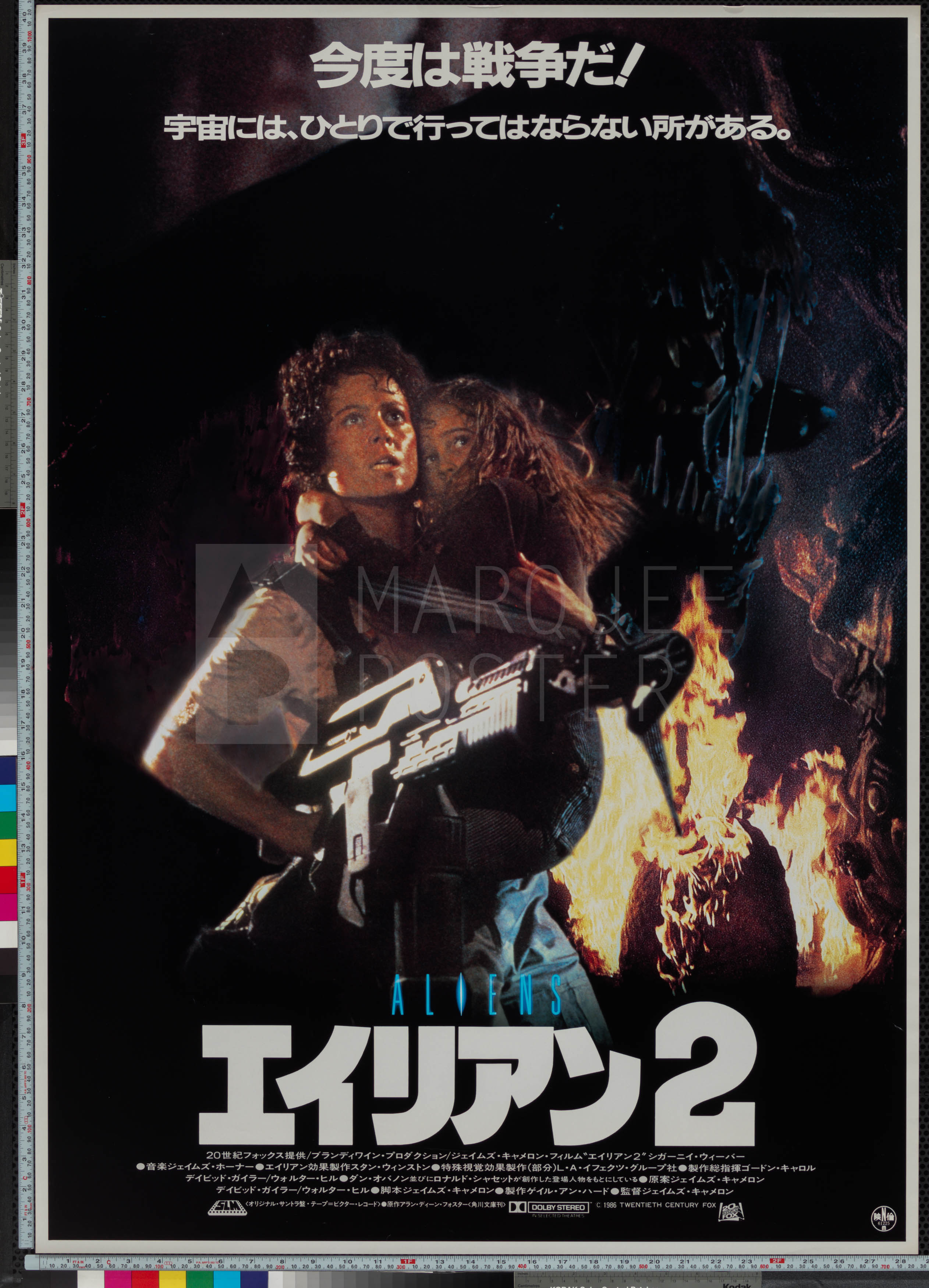