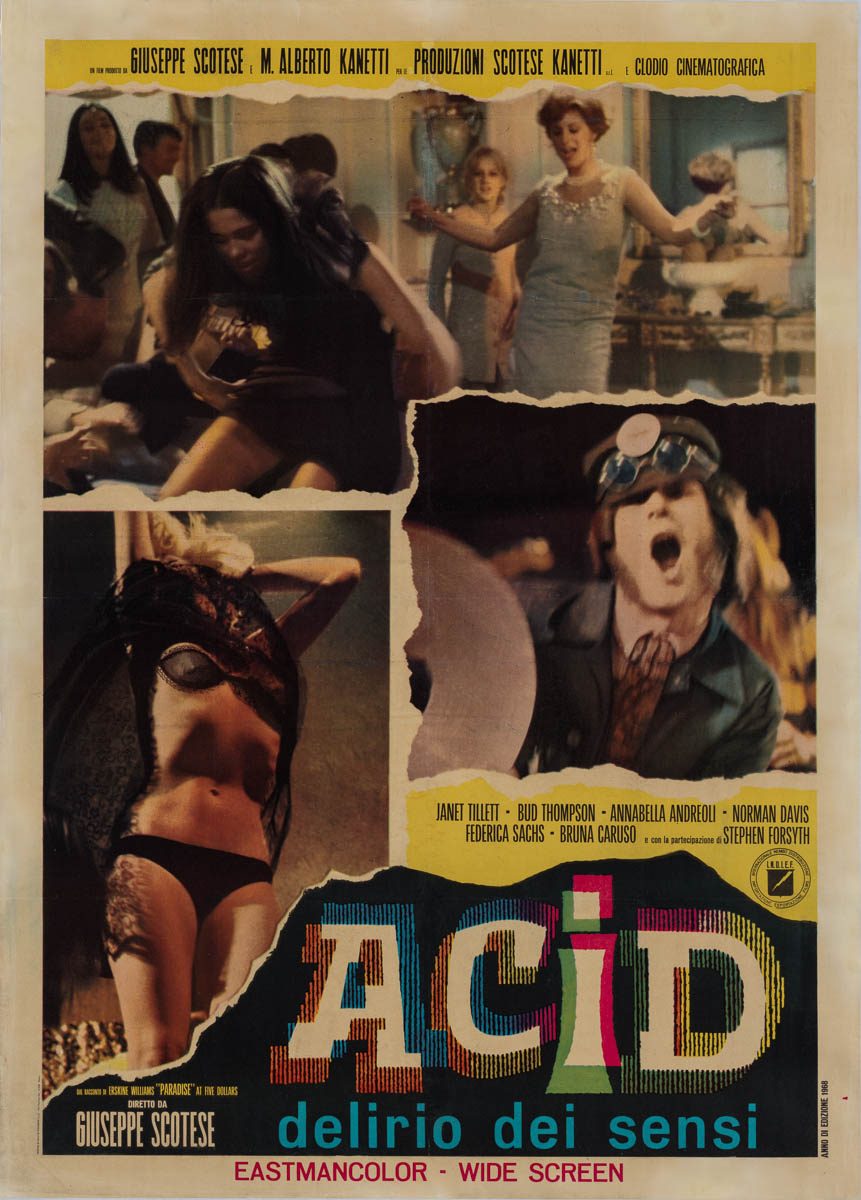 Acid Delirium of the Senses

Grade: C6  Fine. Folded, single-sided. Prior to linen-backing this was a theater used poster with only minor handling/edge/fold wear, small paper loss at some crossfolds and some creases, tears, and tiny paper loss on many parts of some fold lines, with some additional small tears and paper loss around the edges. Now appears very fine to near mint.


Throughout most of film history, drugs and drug use were mainly limited to laughable, if cautionary anti-drug films like Reefer Madness, Devil’s Harvest, and Cocaine (The Thrill that Kills). With the advent of the 1960s counterculture that all began to change. Acid Delirium of the Senses, was attempting to capitalize on the new psychedelic craze. It was part pseudo-documentary about the Italian counterculture and drug scene (Dr. Humphry Osmond appears as himself) and part straight up LSD exploitation film. Of course the plot is no less laughable than the earlier anti films that preceded it — some free-living’, free-lovin’ hippies get mixed up with the Mafia.

This great 2-foglio celebrates counter culture like only the Italians could! A perfect fit for any exploitation collection. 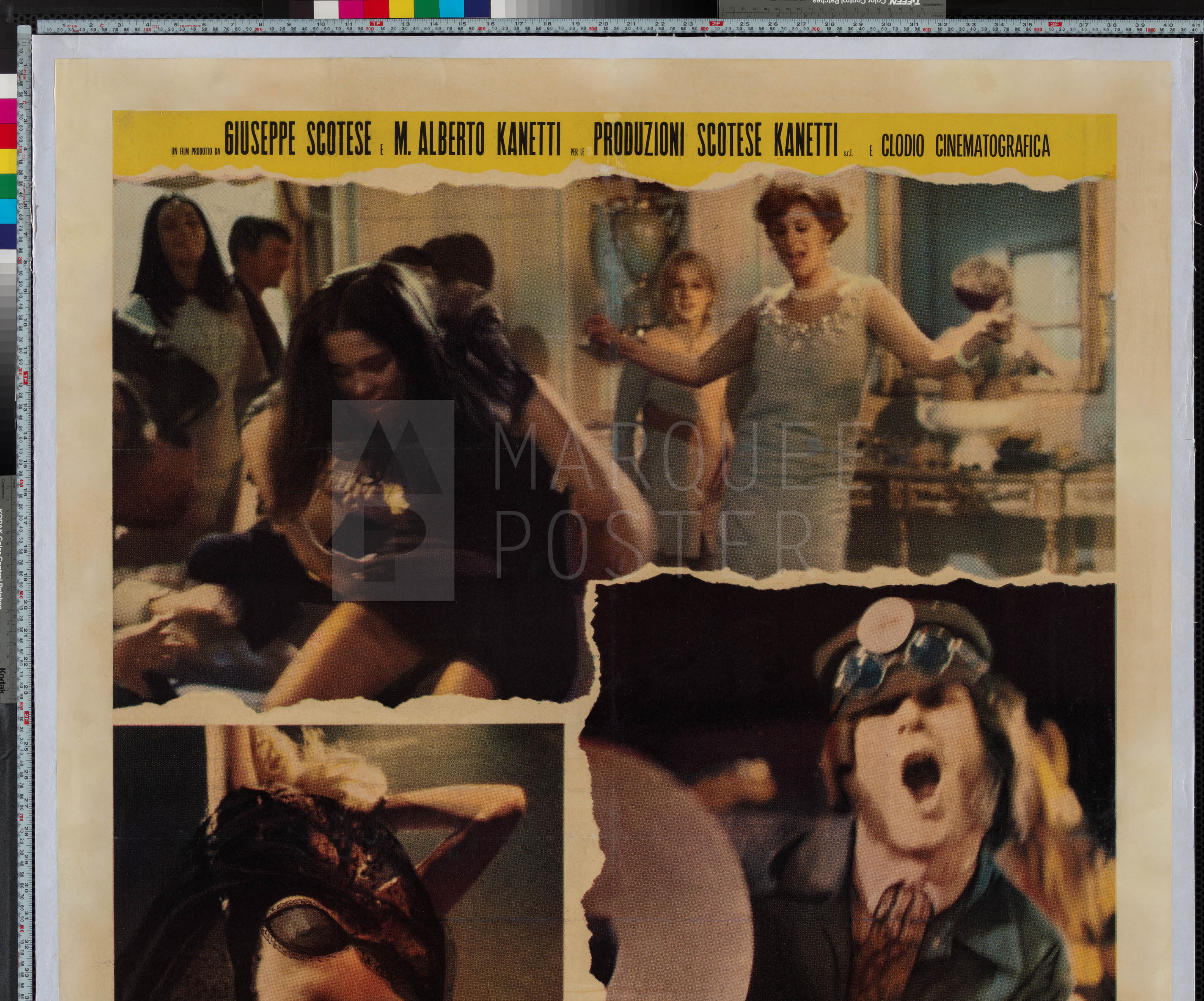 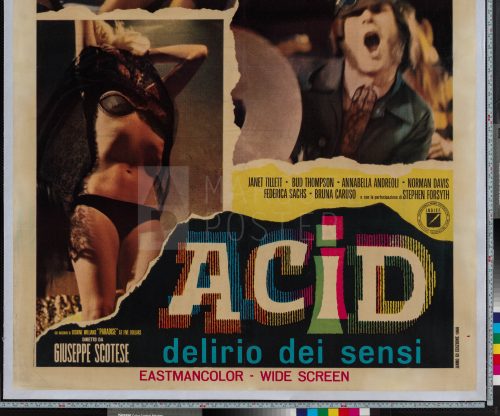